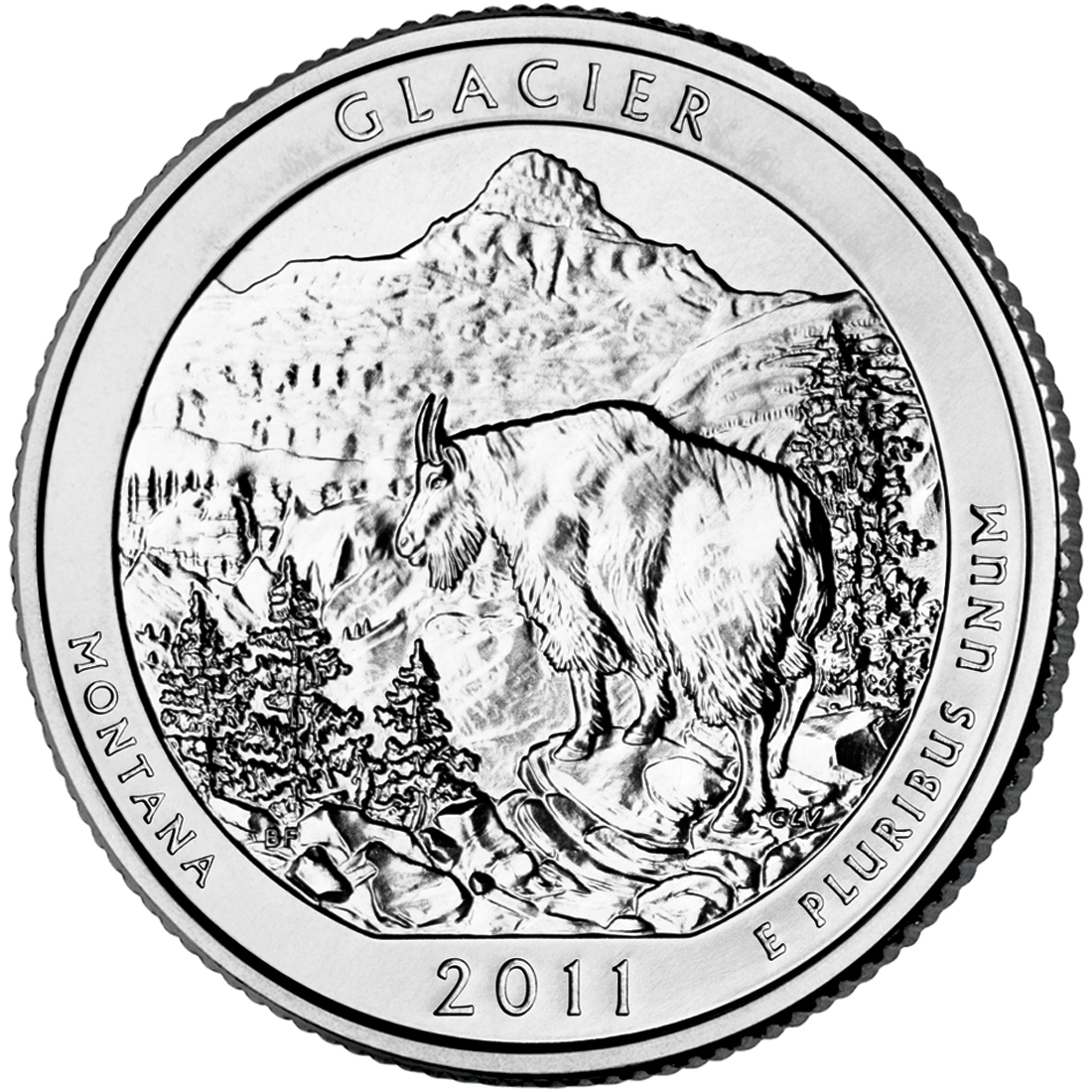 Reverse
The northeast slope of Mount Reynolds towers in the distance. A mountain goat views the scene from a rocky perch.
Obverse
Features the portrait of George Washington by John Flanagan, used on the quarter-dollar coin since 1932.

The subject of the seventh quarter in the America the Beautiful Quarters® Program is Glacier National Park. The park is named for its ancient glaciers and its glacier-carved landscape.

The Northern Rocky Mountains was known to the Blackfeet as “the backbone of the world.” This park preserves some of the most spectacular scenery on earth.

Its more than 1 million acres contain forests, alpine meadows, lakes, and rugged peaks and valleys, not to mention an abundance of wildlife. These lands were first set aside as a national reserve on February 22, 1897.