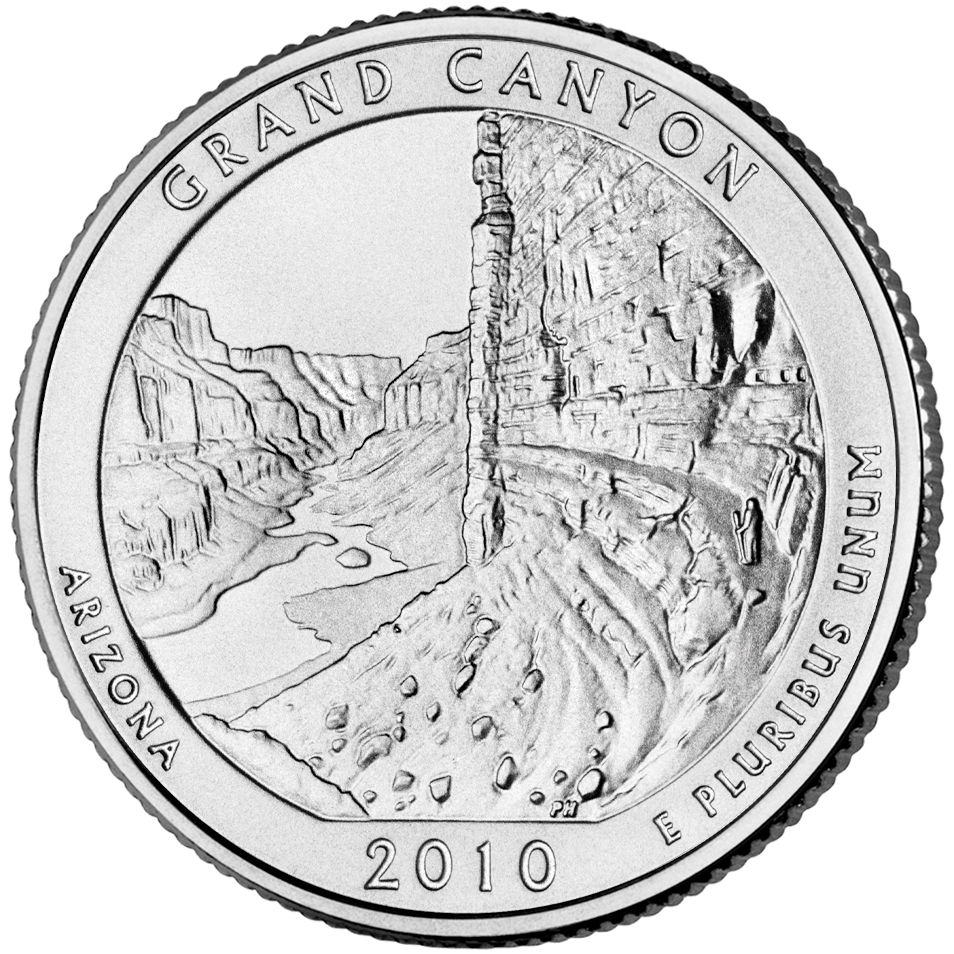 Reverse
Features a view of the Marble Canyon vertical cliffside, above the Nankoweap Delta near the Colorado River, riddled with caves that were used as granaries about 1500 years ago, before Europeans explored North America. The granaries were used for storing food and seeds.
Obverse
Features the portrait of George Washington by John Flanagan, used on the quarter-dollar coin since 1932.

The subject of the fourth quarter in the America the Beautiful Quarters® Program is Grand Canyon National Park in Arizona. The Grand Canyon was first established as a national site on February 20, 1893.

Probably the most awesome thing about the Grand Canyon is its size. It runs along 277 miles of river and gets as deep as one mile and as wide as 18 miles.

Such a large site offers many beautiful vistas, of course. The one chosen for this quarter can be seen in the northernmost area known as Marble Canyon.