Skip navigation
You are here: Home / Library / America the Beautiful Quarters / Great Smoky Mountains National Park Quarter
Did You Know?
There was a lot of horsing around at the early Mint... 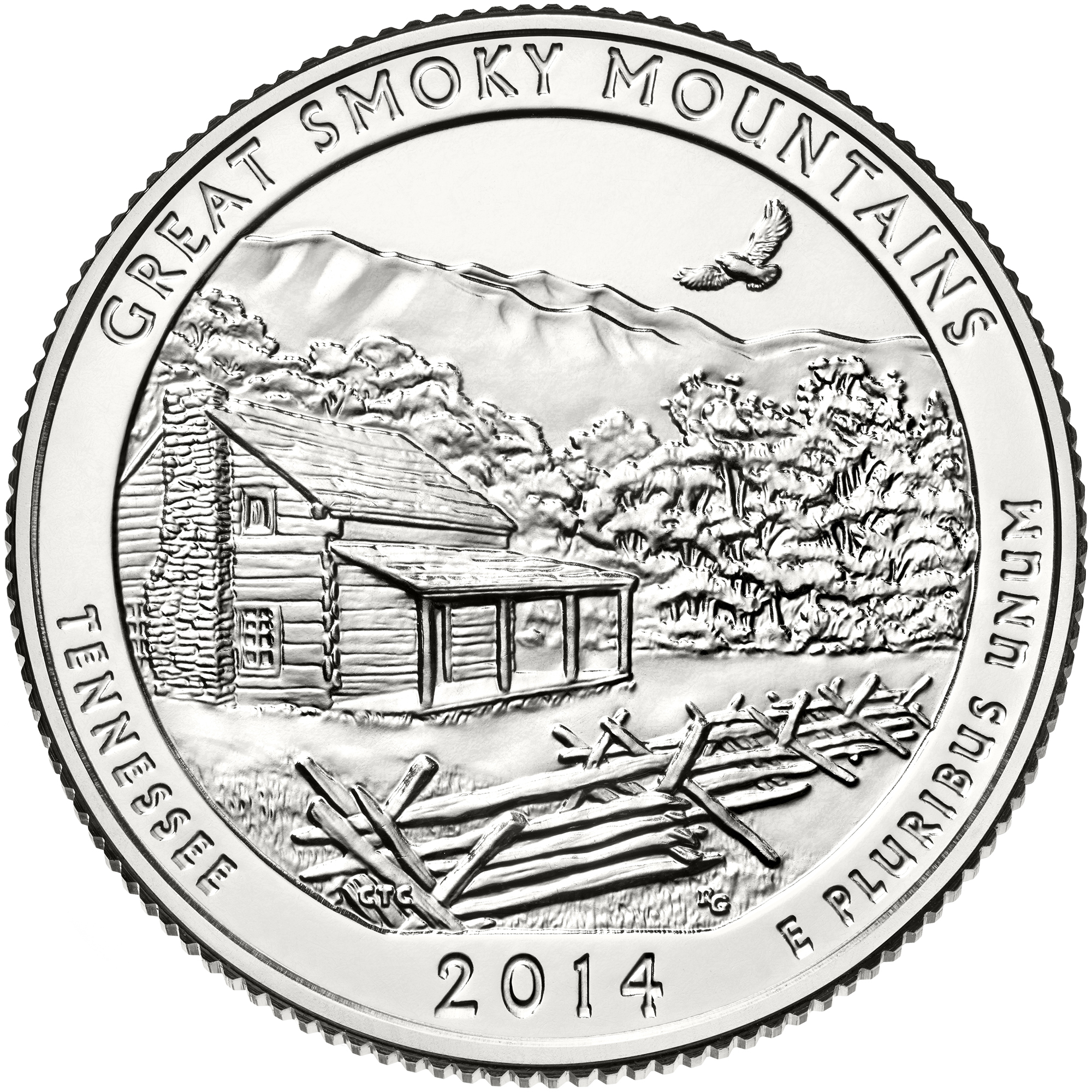 Reverse
Shows one of the historic log cabins and rail fences found in the park. A hawk soars above a mountain and lush forest in the background.
Obverse
Features the portrait of George Washington by John Flanagan, used on the quarter-dollar coin since 1932.

The first America the Beautiful Quarters® Program coin of 2014 is the 21st released in the series. Its subject is Great Smoky Mountains National Park, which straddles the border between Tennessee and North Carolina.

This national park features a grand series of forested mountain ridges that harbor an amazing diversity of plant and animal life. The park is world renowned for this biodiversity as well as for the beauty of its misty mountains.

The park also holds a man-made treasure in its large and well-preserved collection of rustic buildings, some dating before the Civil War. These remnants of southern Appalachian mountain culture help to make it the most visited of all of America’s national parks.

Great Smoky Mountains National Park was established as a national site on May 22, 1926.