Skip navigation
You are here: Home / Library / America the Beautiful Quarters / Hawai’i Volcanoes National Park Quarter
Did You Know?
How can you tell where a coin came from?... 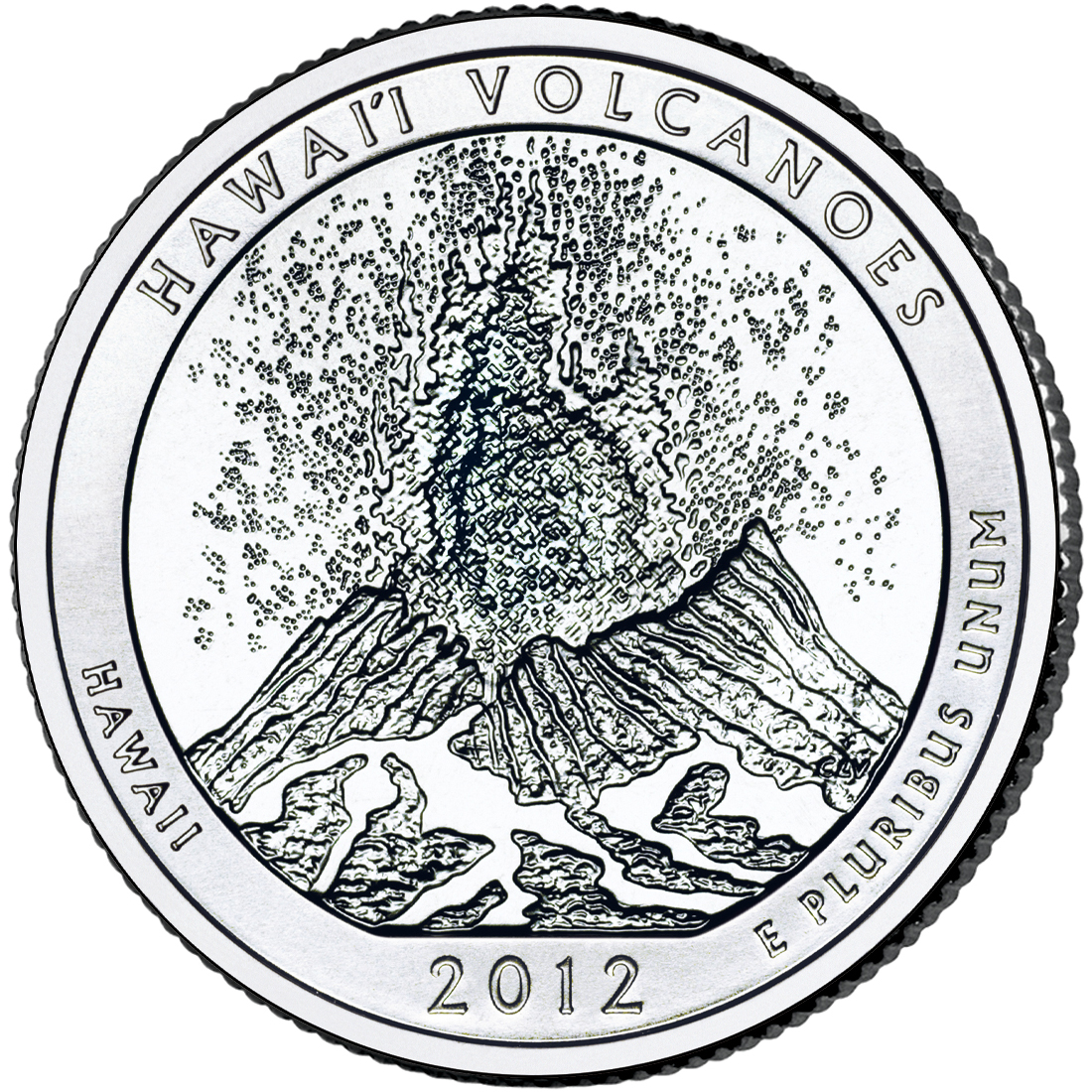 Reverse
Shows Mount Kilauea erupting, shooting smoke and ash and cinders into the air while oozing fiery hot lava.
Obverse
Features the portrait of George Washington by John Flanagan, used on the quarter-dollar coin since 1932.

The Hawai’i Volcanoes National Park quarter is the 14th in the America the Beautiful Quarters® Program. The park was called Hawaii National Park when it was first established in 1916.

The Hawaiian Archipelago, a chain of volcanic islands, stands alone in the Pacific Ocean as the most remote and isolated group of islands in the world. The continental land nearest to Hawaii is more than 2,000 miles away.

In Hawai’i Volcanoes National Park, you can see the results of 70 million years of activity…volcanic, migratory, and evolutionary. These activities combined to turn the bare islands into a unique ecosystem with its own distinct human culture.

The park was created to preserve the natural setting of the volcanoes known as Kilauea and Mauna Loa.