Skip navigation
You are here: Home / Library / America the Beautiful Quarters / Lowell National Historical Park Quarter
Did You Know?
One design used to be anonymous.... 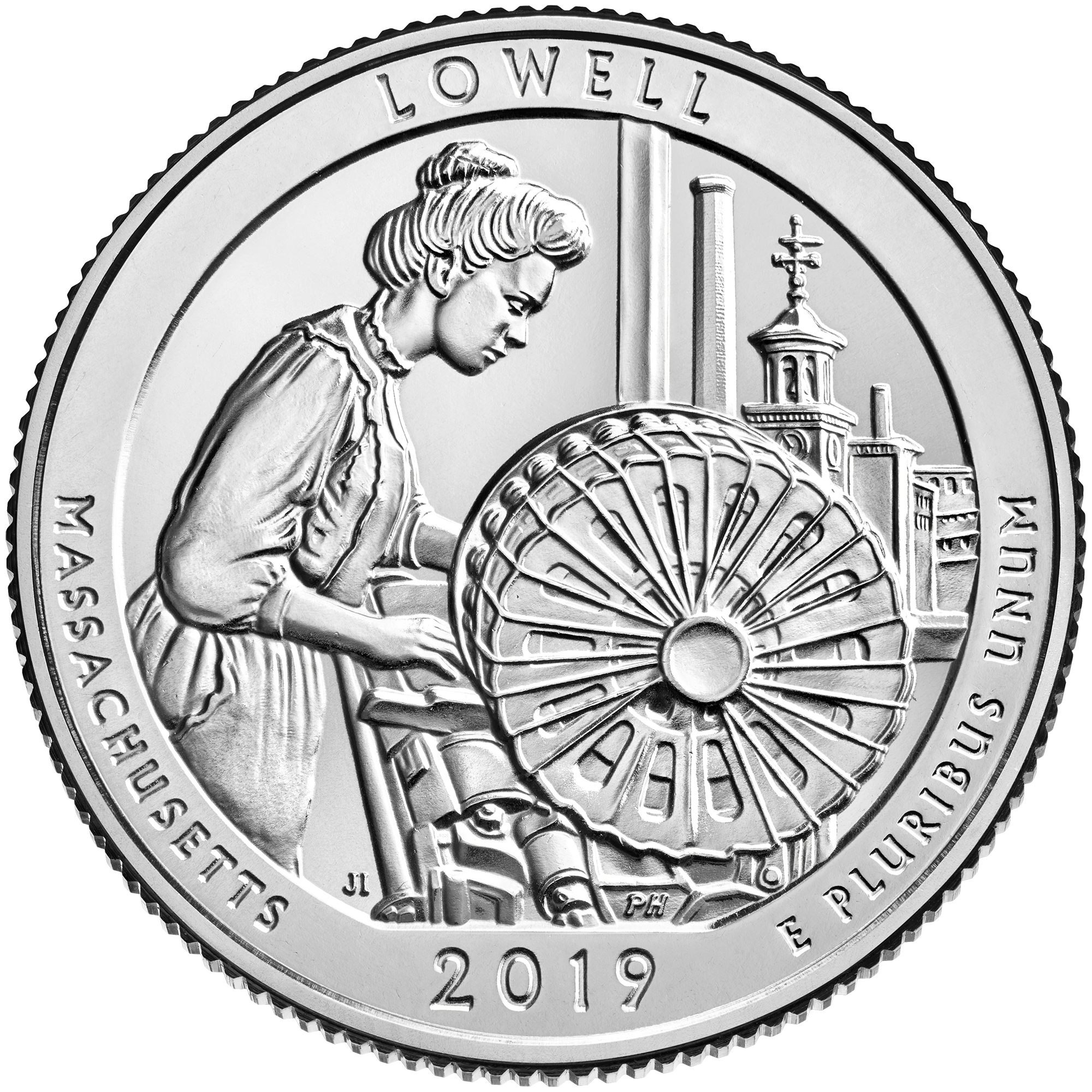 Reverse
The design shows a mill girl working at a power loom with a circular bobbin battery that kept the loom’s shuttle supplied with yarn. In the background is a view of Lowell, including the Boott Mill clock tower and smokestack.
Obverse
This features the portrait of George Washington by John Flanagan, used on the quarter dollar since 1932.

The Lowell National Historical Park was established in 1978 to preserve the role of Lowell, Massachusetts, in the Industrial Revolution. Lowell was an important part of American history in the 19th century. The textile mills built in Lowell used advanced technology to build more efficient mills, hired young, healthy women to work in the mills, and marked the beginning of industrial transformation in the United States.

The coin shows a female worker, called a mill girl, who made up of the majority of the Lowell Mill workforce. Mill girls became an important voice for labor by advocating for better working conditions, supporting abolition, and embracing education.

The chimney represents the changing source of power from waterwheels and turbines to steam engines. The clock and bell tower of the Boott Mill demonstrates the shift from pre-industrial time based on rhythms of the natural world to “on the clock” time of the Industrial Revolution.