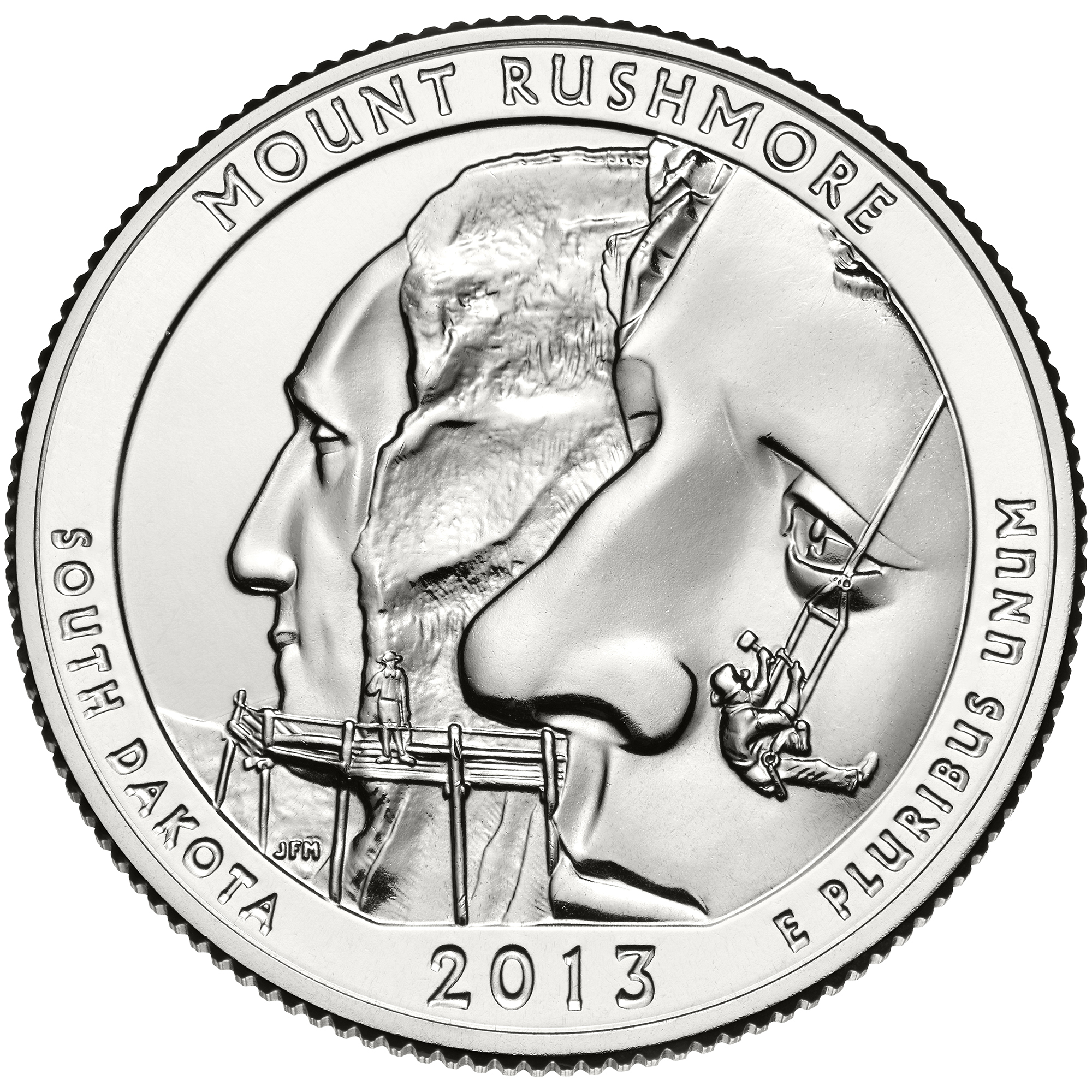 Reverse
The coin's image of workmen on the mountain was inspired by photos taken as the final details were added to Thomas Jefferson's face in the 1930s. Although Mount Rushmore was featured on three commemorative coins in 1991 and on the South Dakota quarter in 2006 under the 50 State Quarters Program, this new design is distinctly different. Its view of the monument as a work in progress offers an educational glimpse of how Mount Rushmore was sculpted.
Obverse
Features the portrait of George Washington by John Flanagan, used on the quarter-dollar coin since 1932.

The Mount Rushmore National Memorial quarter is quarter number 20 of 56 in the America the Beautiful Quarters® Program. The memorial was first established as a national site on March 3, 1925.

Since the time it was carved, Mount Rushmore has become more and more famous as a symbol of America, freedom, and hope for people all over the world. The sculpture, located in the scenic Black Hills of South Dakota, features the heads of former Presidents George Washington, Thomas Jefferson, Theodore Roosevelt, and Abraham Lincoln.