Skip navigation
You are here: Home / Library / America the Beautiful Quarters / National Park of American Samoa Quarter
Did You Know?
Ben Franklin made lots of money…but whose?...

America the Beautiful Quarters
Issued in 2020 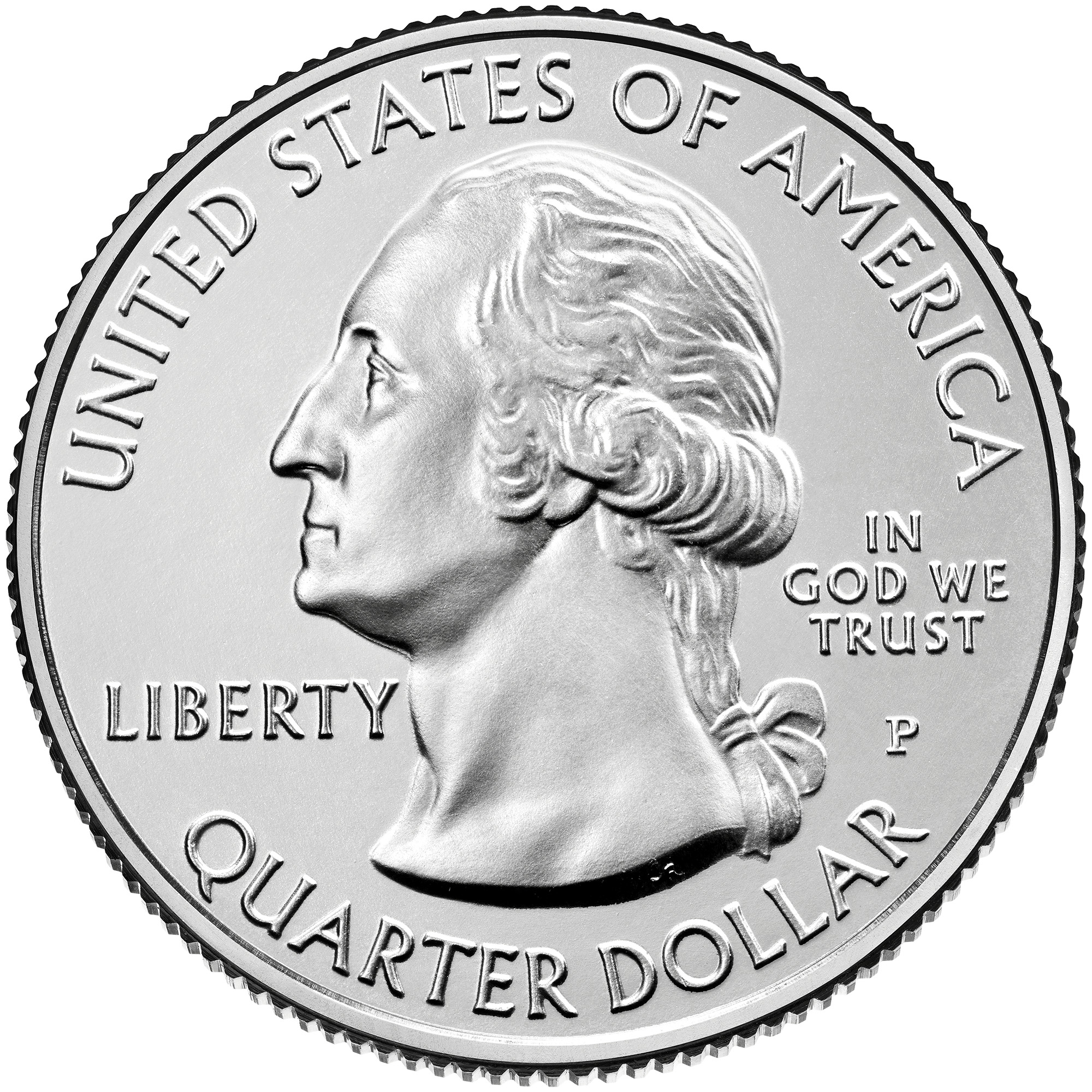 Reverse
Depicts a Samoan fruit bat mother hanging in a tree with her pup. The National Park of American Samoa is the only park in the United States that is home to the Samoan fruit bat.
Obverse
Features the portrait of George Washington by John Flanagan, used on the quarter-dollar coin since 1932.

The site consists of 13,500 acres spread over parts of three islands, Tutuila, Ta’ū, and Ofu. Most of the land area of these volcanic islands is tropical rainforest. About 4,000 acres of the park are underwater, offshore from the islands.

The park is home to unique plants, animals, fish, and corals. Bats are the only native mammals found in American Samoa. There are two species of fruit bat and one insect-eating bat living on the islands. They play an important role by pollinating plants and dispersing fruit bearing seeds.

The quarter’s design features a Samoan fruit bat mother with her pup. It is intended to bring awareness to the species’ threatened status due to habitat loss and hunting.