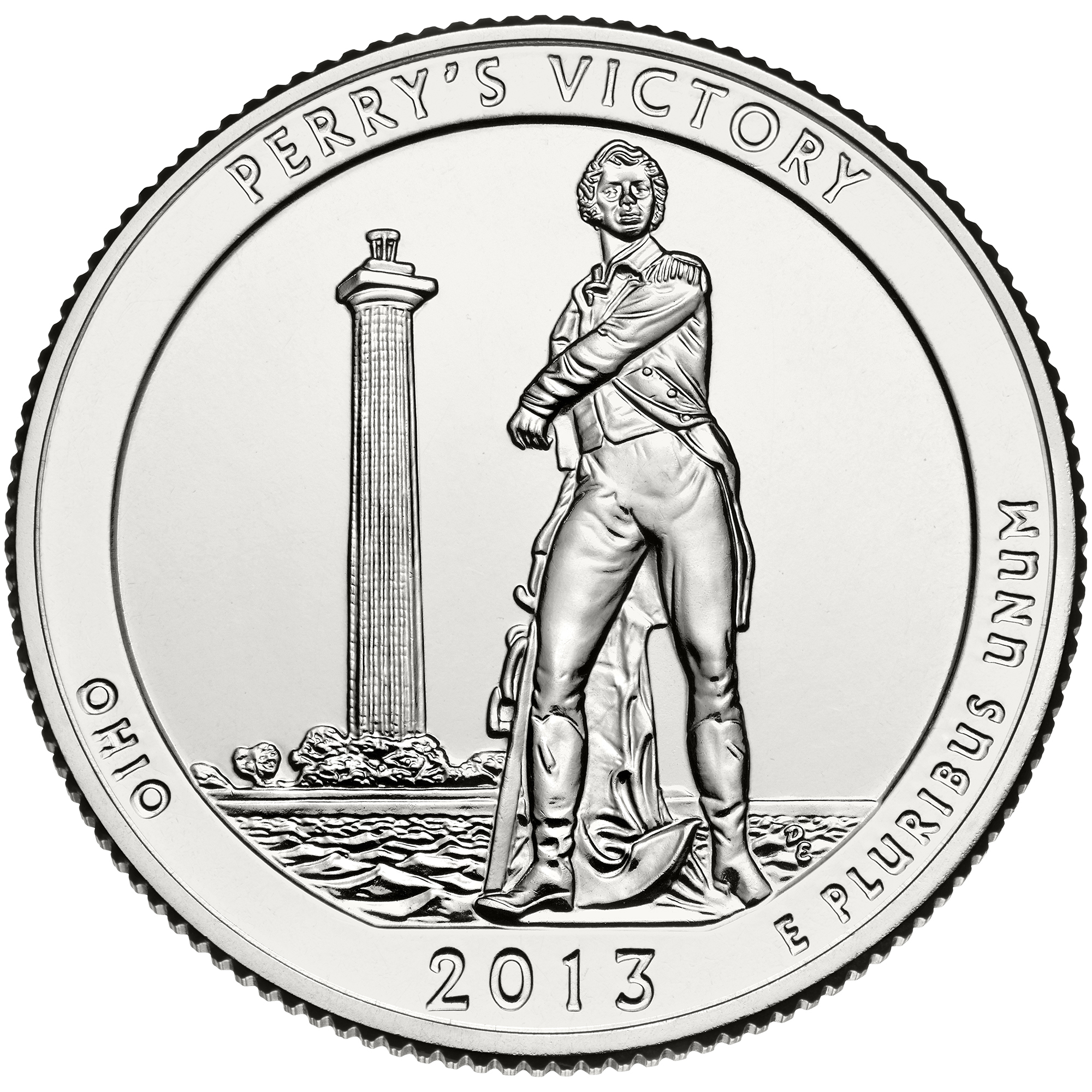 Reverse
Shows the statue of Oliver Perry with the Peace Memorial column in the distance. At 352 feet in height, the column is one of the tallest of its kind in the United States.
Obverse
Features the portrait of George Washington by John Flanagan, used on the quarter-dollar coin since 1932.

The Perry’s Victory and International Peace Memorial quarter is the 17th design in the America the Beautiful Quarters® Program. The memorial became a national site on March 3, 1919.

This memorial has two purposes: to honor those who fought in the Battle of Lake Erie during the War of 1812 and to celebrate the long-lasting peace among Britain, Canada, and the United States. Five miles from the memorial lies the border between Canada and the United States, the longest undefended border in the world.

The memorial is a Doric column that rises over Lake Erie in Ohio. The name “Perry” refers to Master Commandant Oliver Hazard Perry, who led the Americans in the battle. Six naval officers (three American and three British), who were slain during the battle, are buried under the rotunda of the memorial. A second part of the memorial is a statue of Oliver Perry.