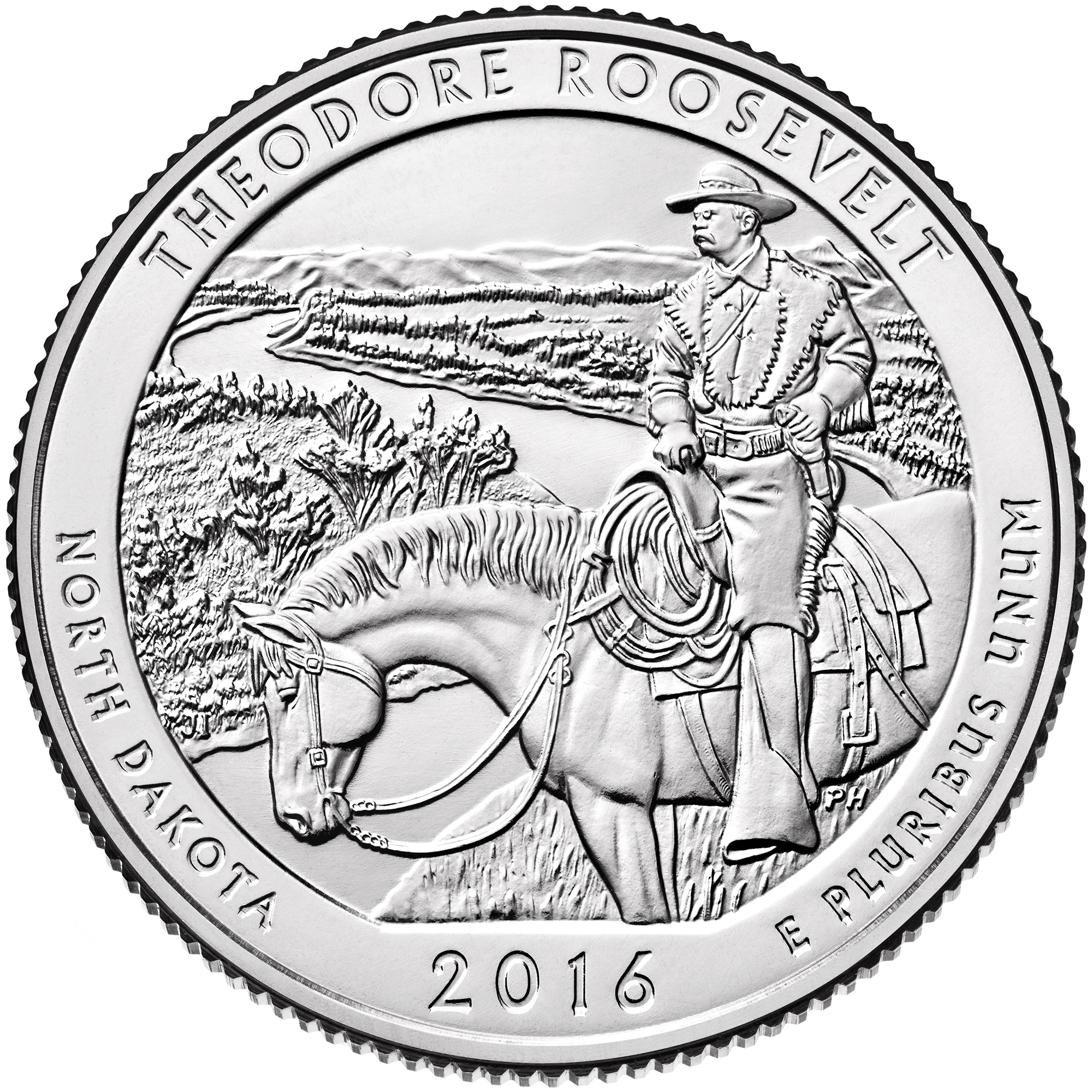 Reverse
Depicts a young Theodore Roosevelt on horseback surveying the terrain near the Little Missouri River.
Obverse
Features the portrait of George Washington by John Flanagan, used on the quarter-dollar coin since 1932.

The colorful Little Missouri River Badlands provides the dramatic scenic backdrop to the Theodore Roosevelt National Park, which memorializes the 26th President for his enduring contributions to the conservation of our nation’s resources. Native grasses provide food for prairie dogs and large grazing animals while diverse habitats attract a great number of birds. Wildlife viewing is one of the most popular activities in the park. It was established as a national site in 1946.