Skip navigation
You are here: Home / Library / America the Beautiful Quarters / Yellowstone National Park Quarter
Did You Know?
The nickel had a growth spurt.... 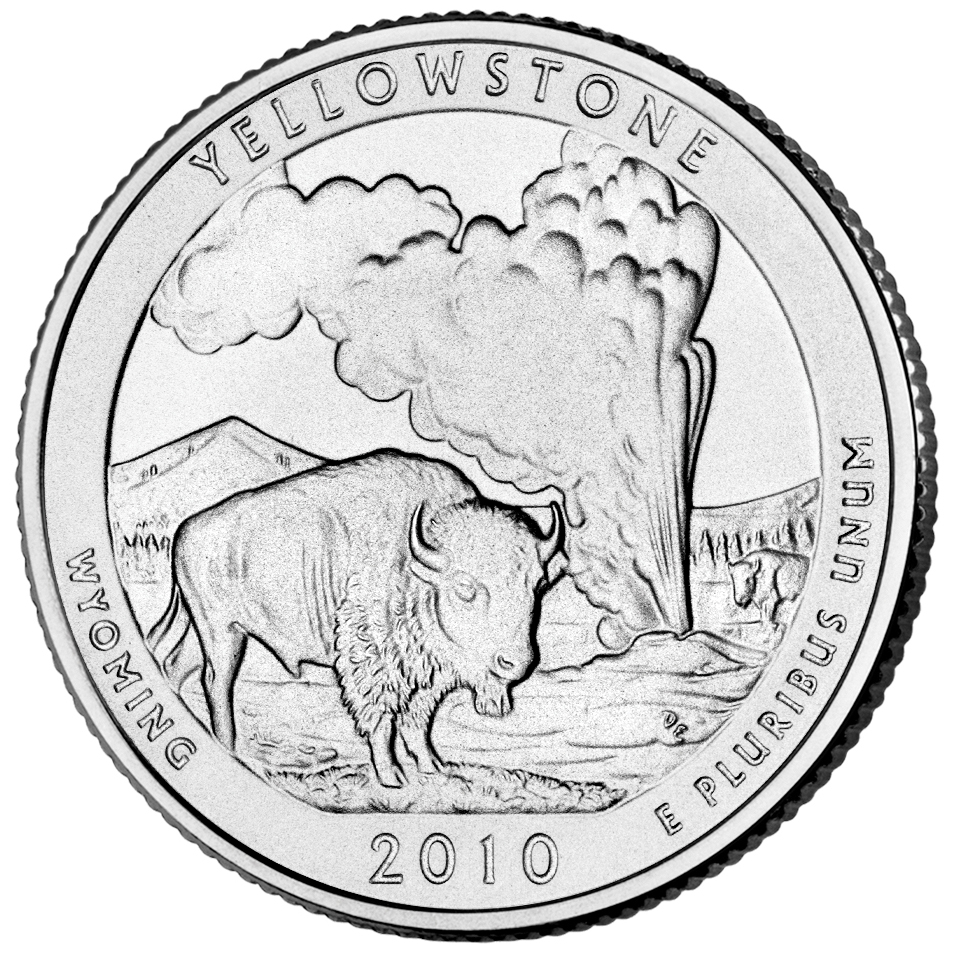 Reverse
Features a standing bison. Old Faithful erupts behind him.
Obverse
Features the portrait of George Washington by John Flanagan, used on the quarter-dollar coin since 1932.

The subject of the second quarter in the America the Beautiful Quarters® Program is Yellowstone National Park in Wyoming. Congress made the area a national site on March 1, 1872.

Yellowstone National Park is home to a large variety of wildlife. The animal species living in Yellowstone include grizzly bears, wolves, elk, and as shown in the image, bison.

Yellowstone, being located over a hot spot in the Earth’s crust, has some of the world’s most extraordinary geysers. One of the most famous is known as “Old Faithful,” named by the explorers who discovered it in 1870. It erupts about every 90 minutes, sending thousands of gallons of water high into the air.