Skip navigation
You are here: Home / Library / America the Beautiful Quarters / Yosemite National Park Quarter
Did You Know?
The buffalo was once a newcomer.... 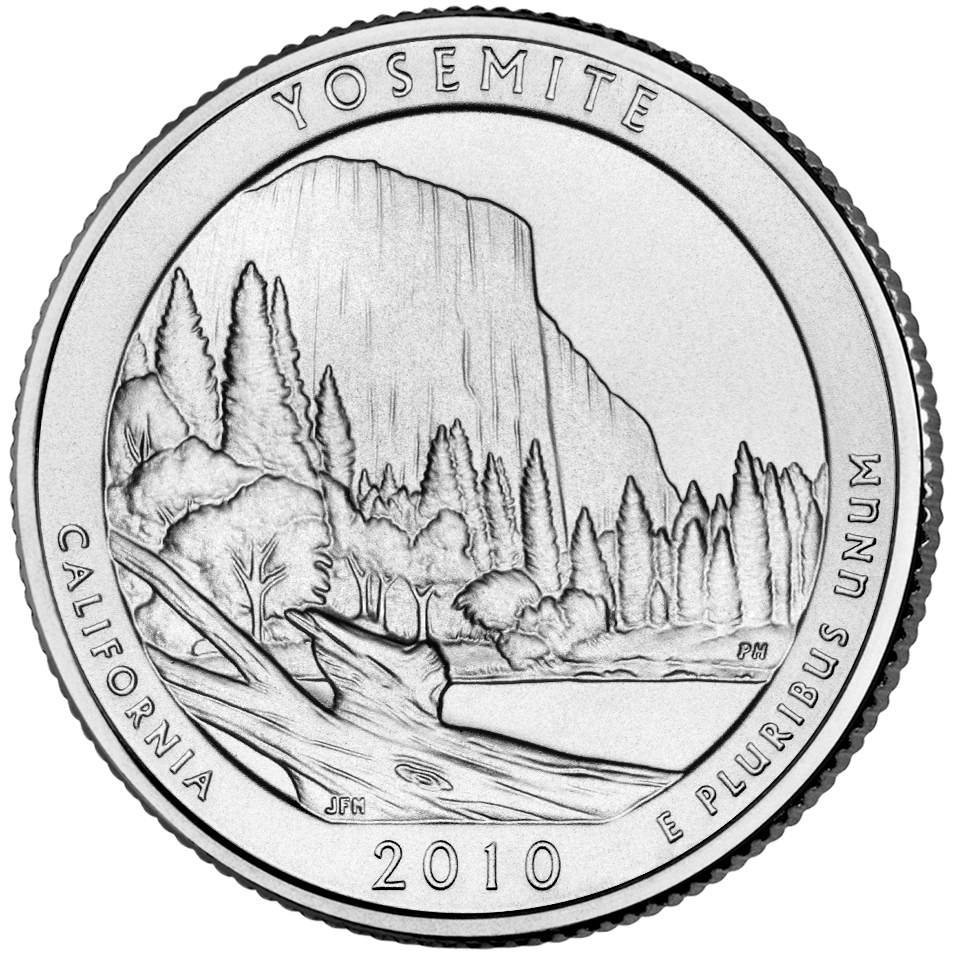 Reverse
El Capitan, a giant monolith, stands proudly in the background. This one-piece stone rises more than 3,000 feet above the valley floor, the largest such granite stone in the world.
Obverse
Features the portrait of George Washington by John Flanagan, used on the quarter-dollar coin since 1932.

The subject of the third quarter in the America the Beautiful Quarters® Program is Yosemite National Park in California. This park is one of the first wilderness parks established in the United States (1890).

Yosemite is best known for its waterfalls, but other striking features also reside within its nearly 1200 square miles of land. Among them are deep valleys, grand meadows, and ancient giant sequoia trees.