Skip navigation
You are here: Home / Library / Circulating Coins / Half Dollar
Did You Know?
Where’s the world’s biggest mint?... 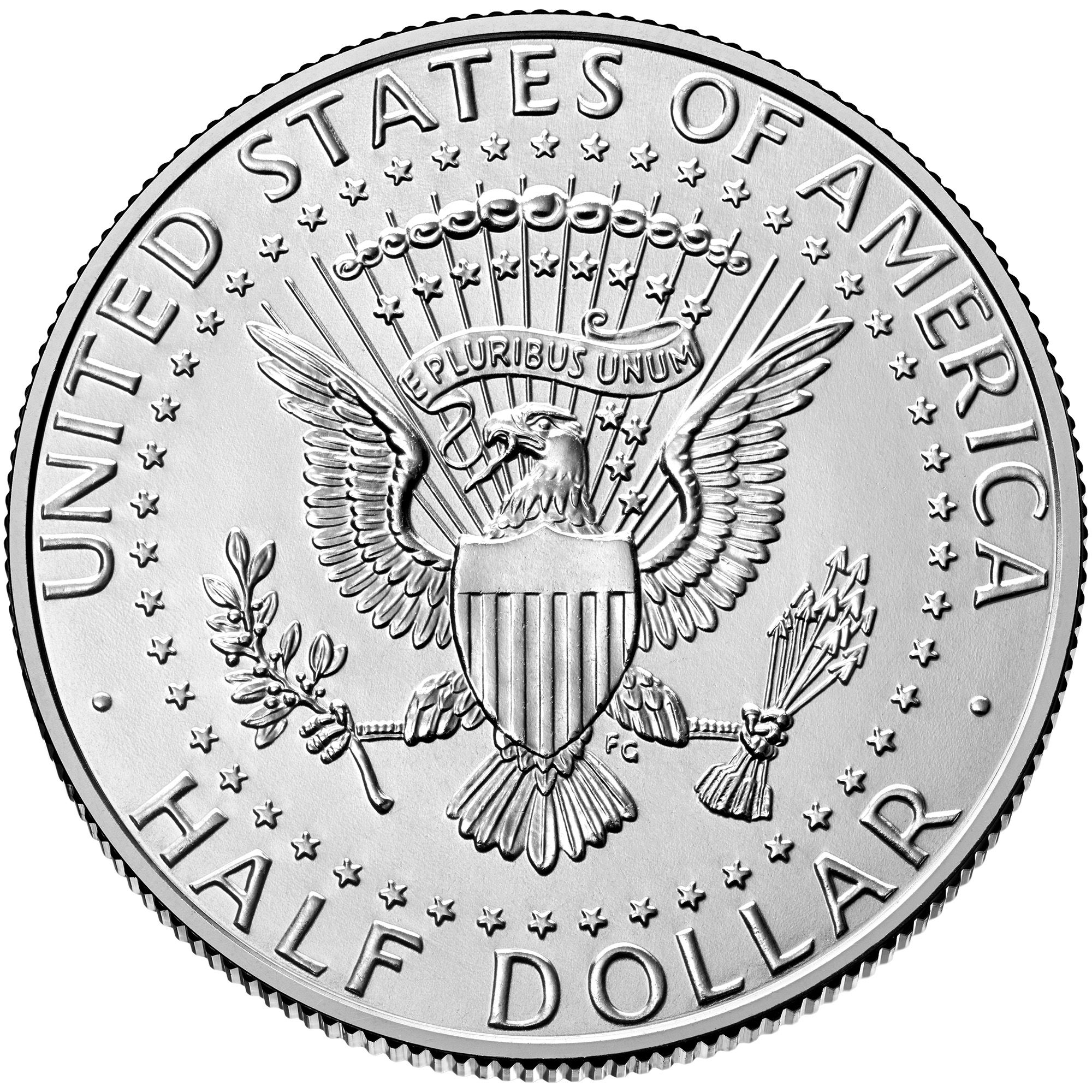 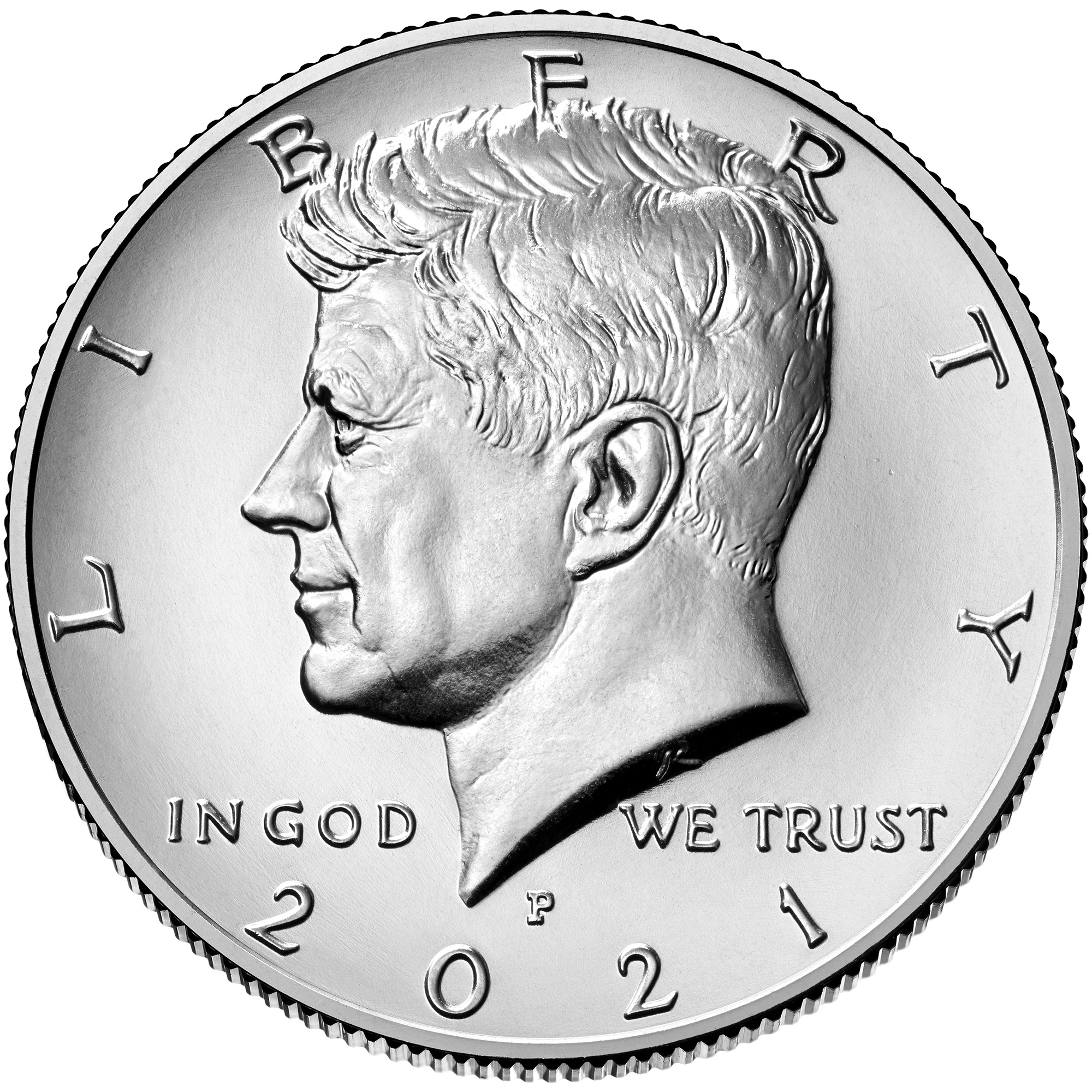 Reverse
The current design is based on the Presidential Seal. It consists of an eagle with a shield on its breast holding a symbolic olive branch and a bundle of 13 arrows. A ring of 50 stars surrounds the design.
Obverse
John F. Kennedy, the 35th president of the United States.

The half dollar is the United States’ fifty-cent coin. If you’ve ever seen a half dollar, you probably know it shows President John F. Kennedy on the front. But many other designs have appeared on the half dollar coin over the years.

From 1794 to 1947, the half dollar, like most coins of the time, were made of silver and decorated with the head or form of an imaginary woman who stood for liberty. Then Benjamin Franklin became the face on the front of the half dollar. Although he was never president, like the men on our other coins, Franklin was a major force in shaping the United States of America. Below his bust are the initials of John R. Sinnock, who also sculpted the bust on the Roosevelt dime.

Soon after the assassination of John F. Kennedy, the late president’s profile took its place on the half dollar. The liberty bell on the back was replaced by the eagle from the presidential seal except during 1975 and 1976, the nation’s 200th birthday. At that time, the coin showed an image of Independence Hall in Philadelphia, the site of many important national events, like the signing of the Declaration of Independence and the drafting of our Constitution.

Fun Facts about the half dollar