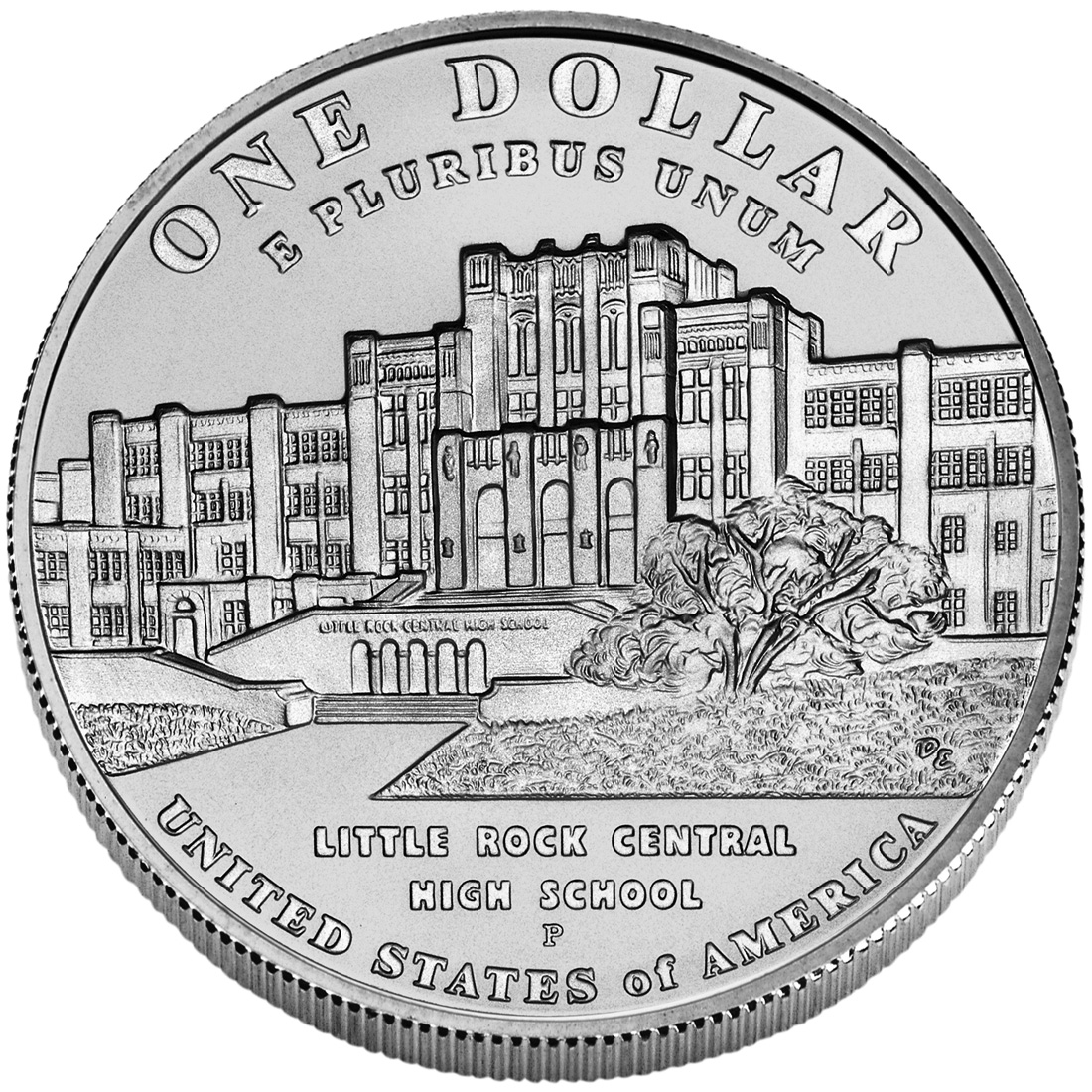 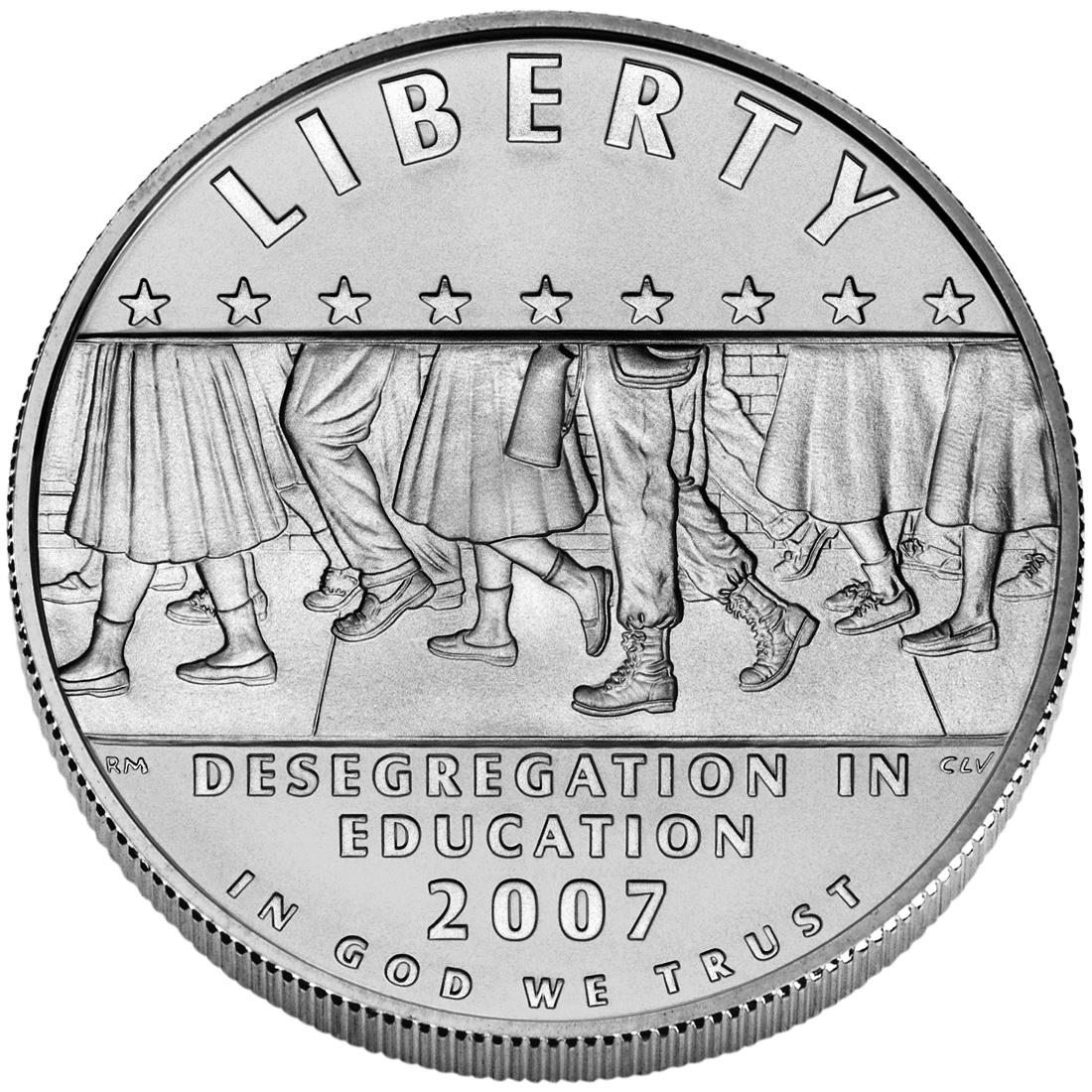 Reverse
Shows the Little Rock Central High School building, now a national historic site.
Obverse
Depicts the feet of the group that came to be known as the "Little Rock Nine" as they walk to school accompanied by an armed soldier. Nine stars line the top of the image, symbolizing the nine students. The phrase "Desegregation in Education" points out the issue that made this walk to school so important.

Strength, courage, determination…all were shown by the African-American students who went to Little Rock Central High School in 1957. They were the first black students to attend the previously all-white school, and the task was not easy.

Congress had declared in 1954 that school segregation (separation of students by race) was unconstitutional. But all schools did not cooperate with the ruling right away. The events at the high school in Little Rock tested the resolve of people on both sides of the issue, but it was a major step toward integrating every classroom in the land of the free.

For the second commemorative coin program of 2007, Congress and the President directed the United States Mint to make this silver dollar in two versions: proof and uncirculated. 2007 is the 50th anniversary of these events in Little Rock, Arkansas.

A surcharge (a charge over the face value of the coin) goes to the Secretary of the Interior. The secretary is to use these funds to protect, preserve, and interpret the resources and stories that have to do with historic Little Rock Central High School and the surrounding area.

With this coin we recognize that, as these students walked to school, equality in our country came one step closer.