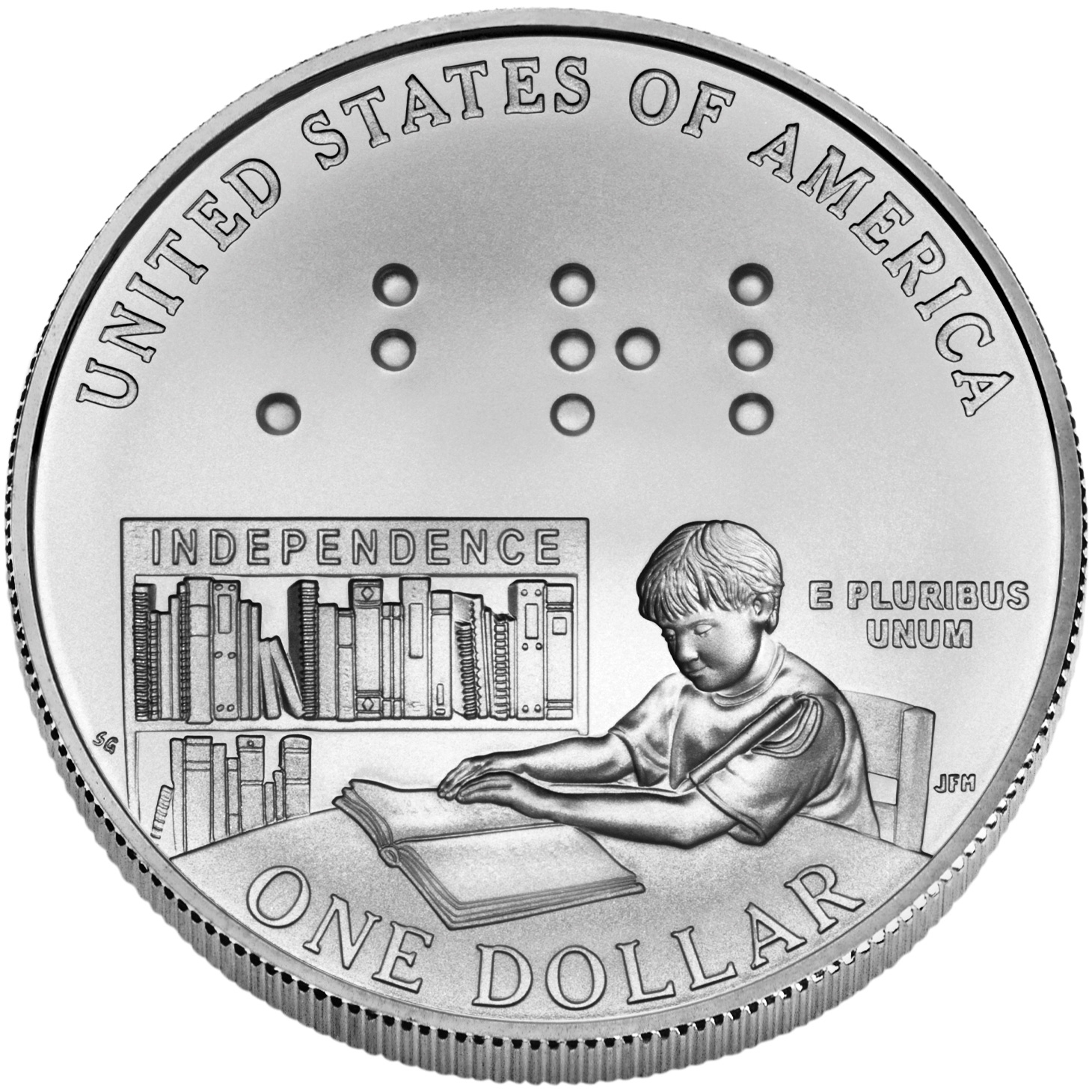 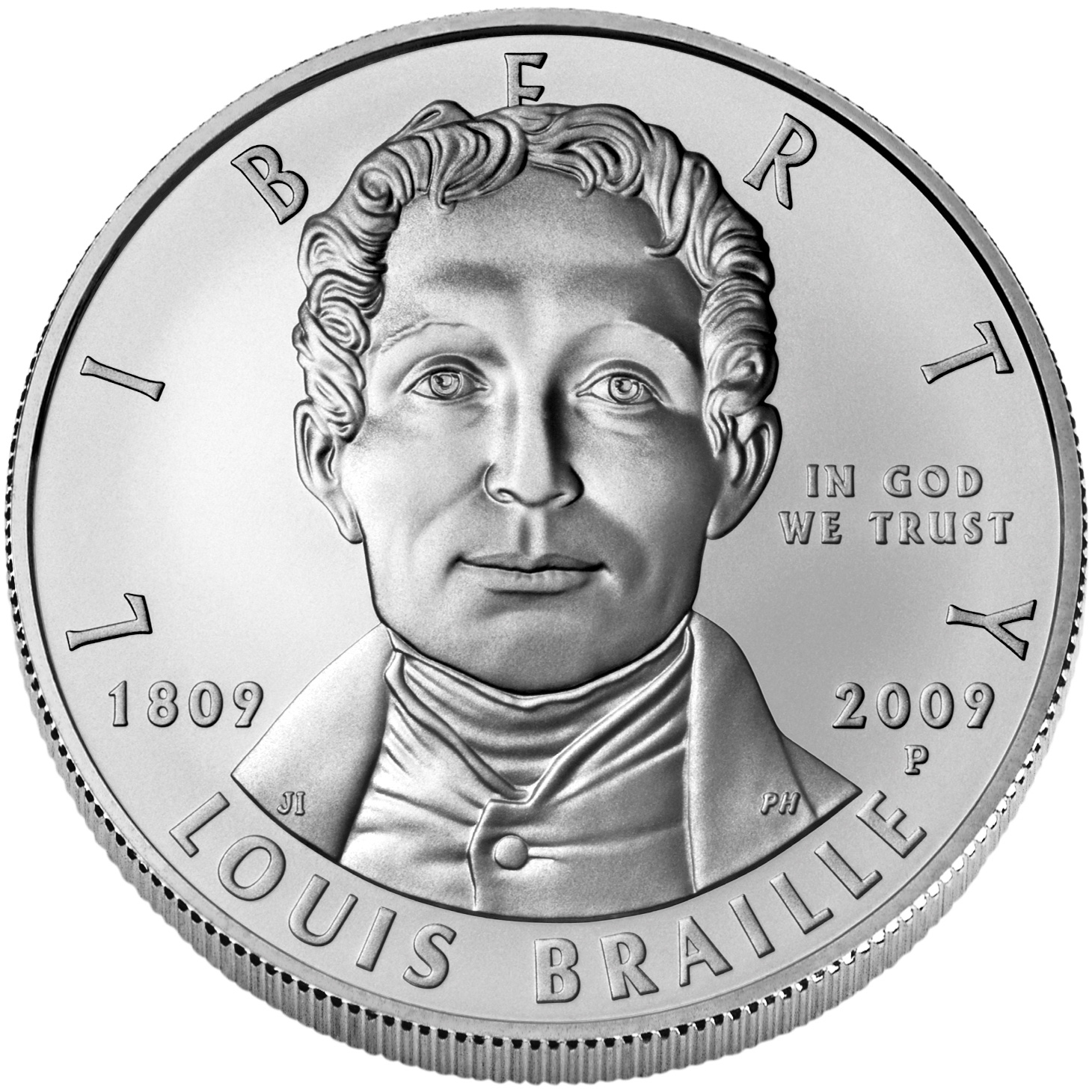 Reverse
Depicts a child reading a book in Braille beside a bookcase labeled "Independence." Above that are the Braille letters BRL (which stand for "Braille" in Braille code). This is the first coin ever that features readable Braille.
Obverse
Features a portrait of Louis Braille.

Louis Braille was born in 1809. Braille, a citizen of France, invented a system of raised dots that allows blind people to read and write.

At the age of three, Louis had an accident in his father’s workshop. He was using an awl (a tool for making holes), but his hand slipped, resulting in his losing sight in one eye. Then the injured eye became infected and the infection spread to his other eye. He was completely blind by the age of four.

Braille received a scholarship to the Royal Institute for Blind Children in Paris when he was 10. Most of the teaching there was done by voice, but there were also books printed with large, embossed letters that the students could feel with their fingers. Still, they were very hard to read.

When Louis was 12, a captain in Napoleon’s army visited the school. Captain Charles Barbier de la Serre had invented a system he called “night writing” so that soldiers could send messages at night. They could read these messages in the dark without having to light a match, which might alert the enemy. The groups of 12 raised dots stood for sounds rather than letters.

Braille thought the system could be simpler. He experimented for several months until he came up with a system that used only six dots. The system we call Braille today, adapted to languages all over the world, is basically the same system that Louis settled on when he was just 15. At the time, he made the raised dots by hand, pressing the paper with an awl, the same tool that had led to his blindness.