Skip navigation
You are here: Home / Library / Commemorative Coins / West Point Bicentennial Silver Dollar
Did You Know?
How can you tell where a coin came from?... 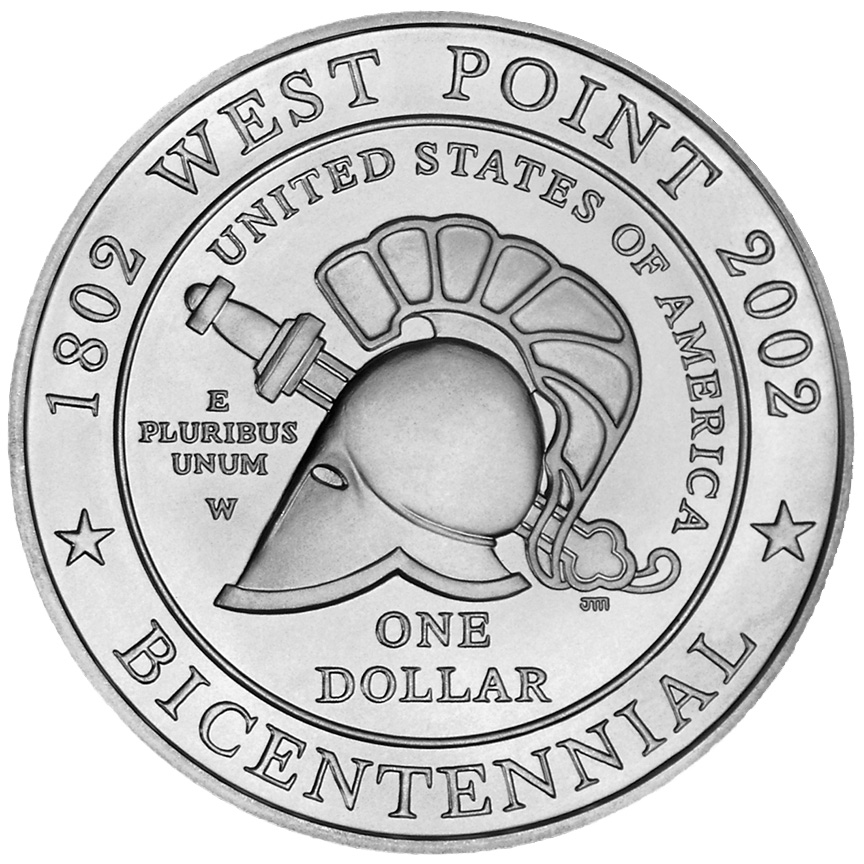 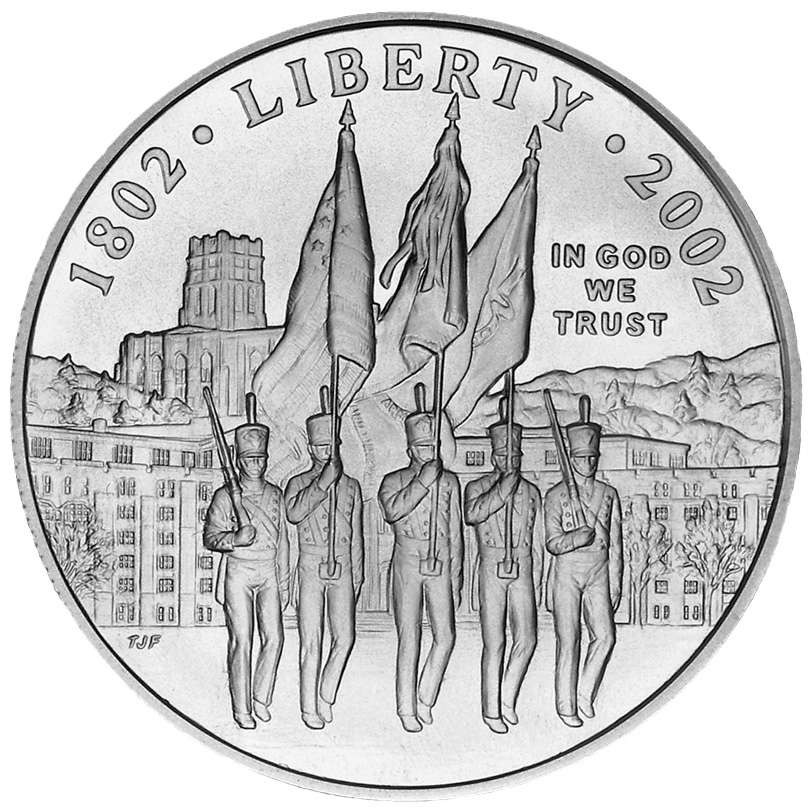 The name of West Point is famous for excellence in military training. The school’s real name is “The United States Military Academy,” but because it’s located in West Point, New York, people often call it simply “West Point.” This Academy has produced not only generals but also at least one Secretary of State, a Doctor of Neurosurgery, Presidents of the United States, and several astronauts.

Did you know that the United States Mint has a branch in West Point, New York? In fact, it’s not very far from the Academy and it’s the Mint’s newest branch. At first, the West Point branch was used only to store silver. But in 1988, it became a real mint — it began to make coins and medals for the U.S. government.

The Military Academy at West Point was founded 200 years ago, on March 16, 1802. To celebrate this anniversary, the West Point branch of the United States Mint minted a collectible silver dollar. When people like collectors bought the coin, the profits payed for programs for the Academy’s Corps of Cadets.