Skip navigation
You are here: Home / Library / Medals / Martin Luther King, Jr. and Coretta Scott King Congressional Gold Medal
Did You Know?
We’re the Mint that makes the most!... 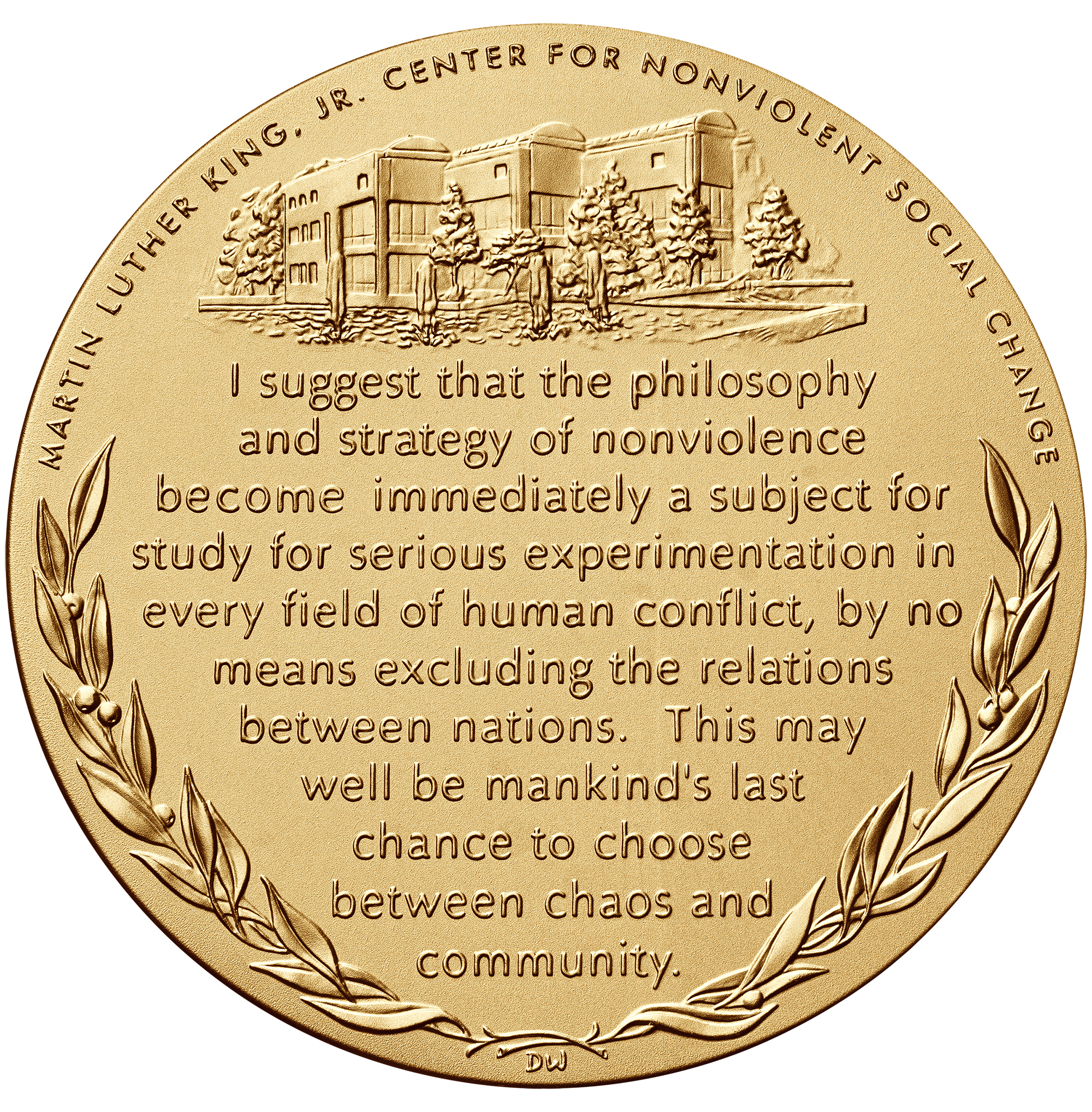 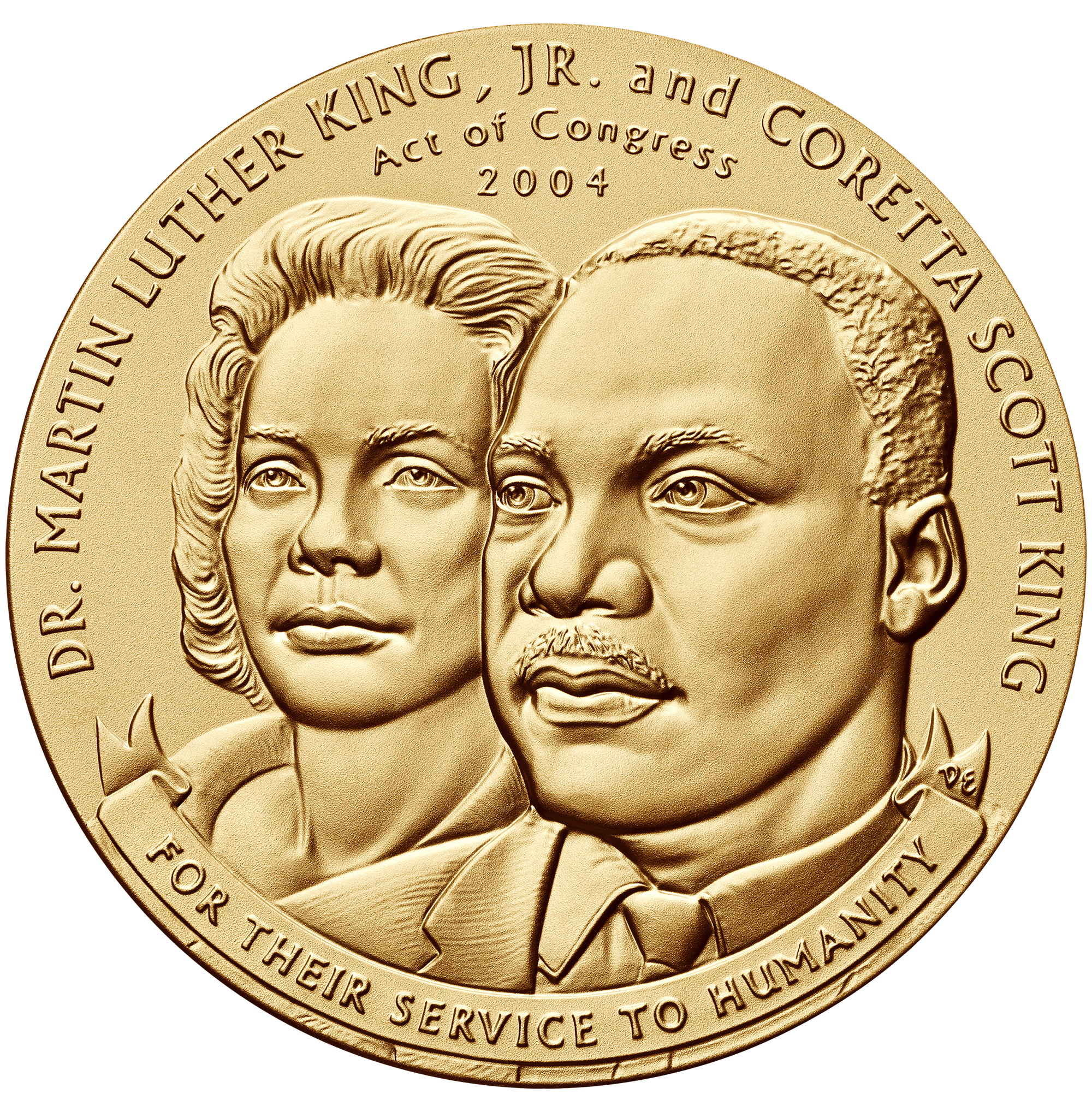 Reverse
Features an image of the Martin Luther King, Jr. Center for Nonviolent Social Change, which remains the official legacy of Dr. King's dream of nonviolent social change and full civil rights for all Americans. Below the image of the center is a quote reflective of Dr. King's doctrine of nonviolent social change. The lower half of the medal is encircled with a laurel wreath.
Obverse
Features portraits of Dr. King and Coretta Scott King.

This medal honors Dr. Martin Luther King, Jr. and his wife Coretta Scott King for their many contributions to the Nation on behalf of the civil rights movement. King delivered his “I have a dream” address in front of the Lincoln Memorial more than 50 years earlier on August 23, 1963.