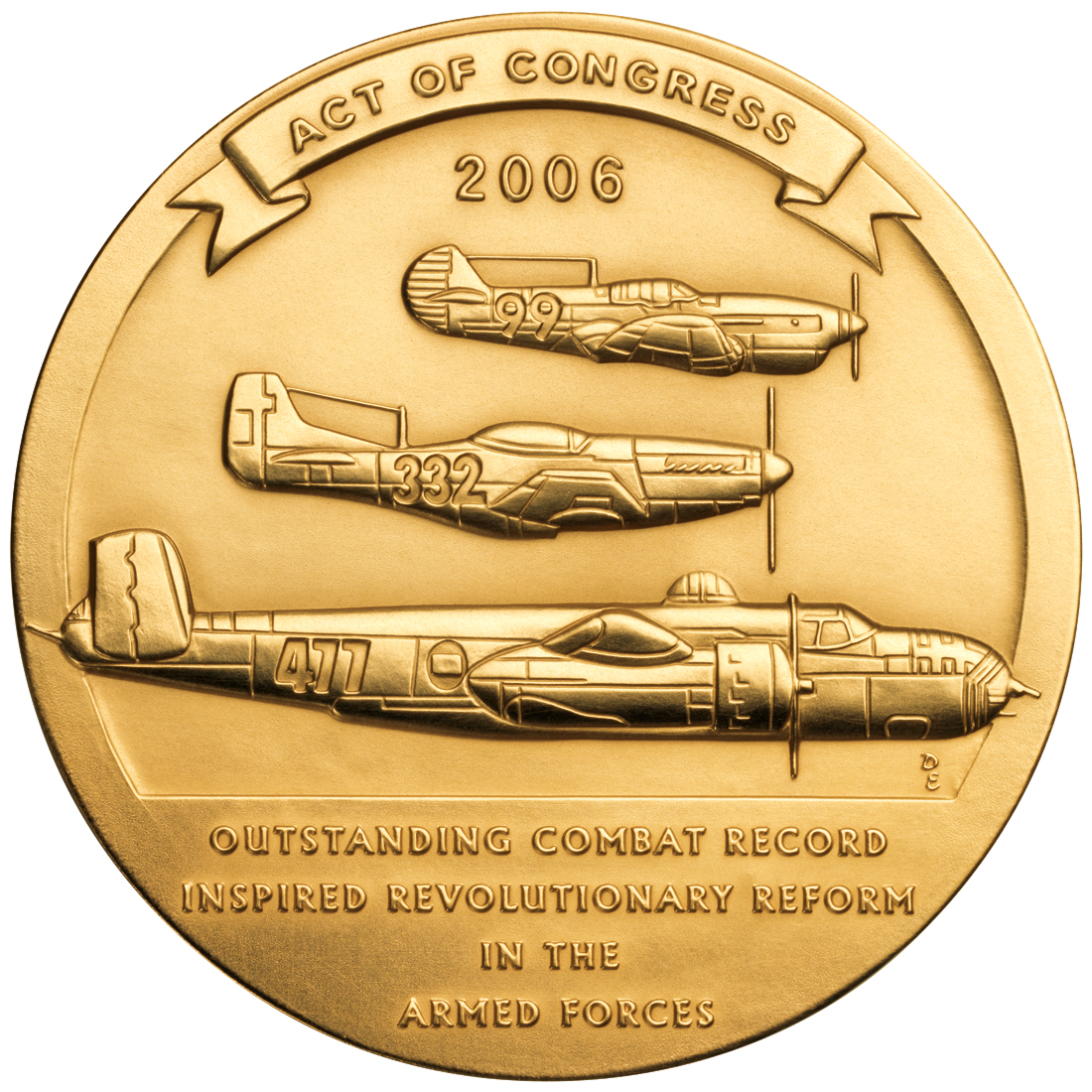 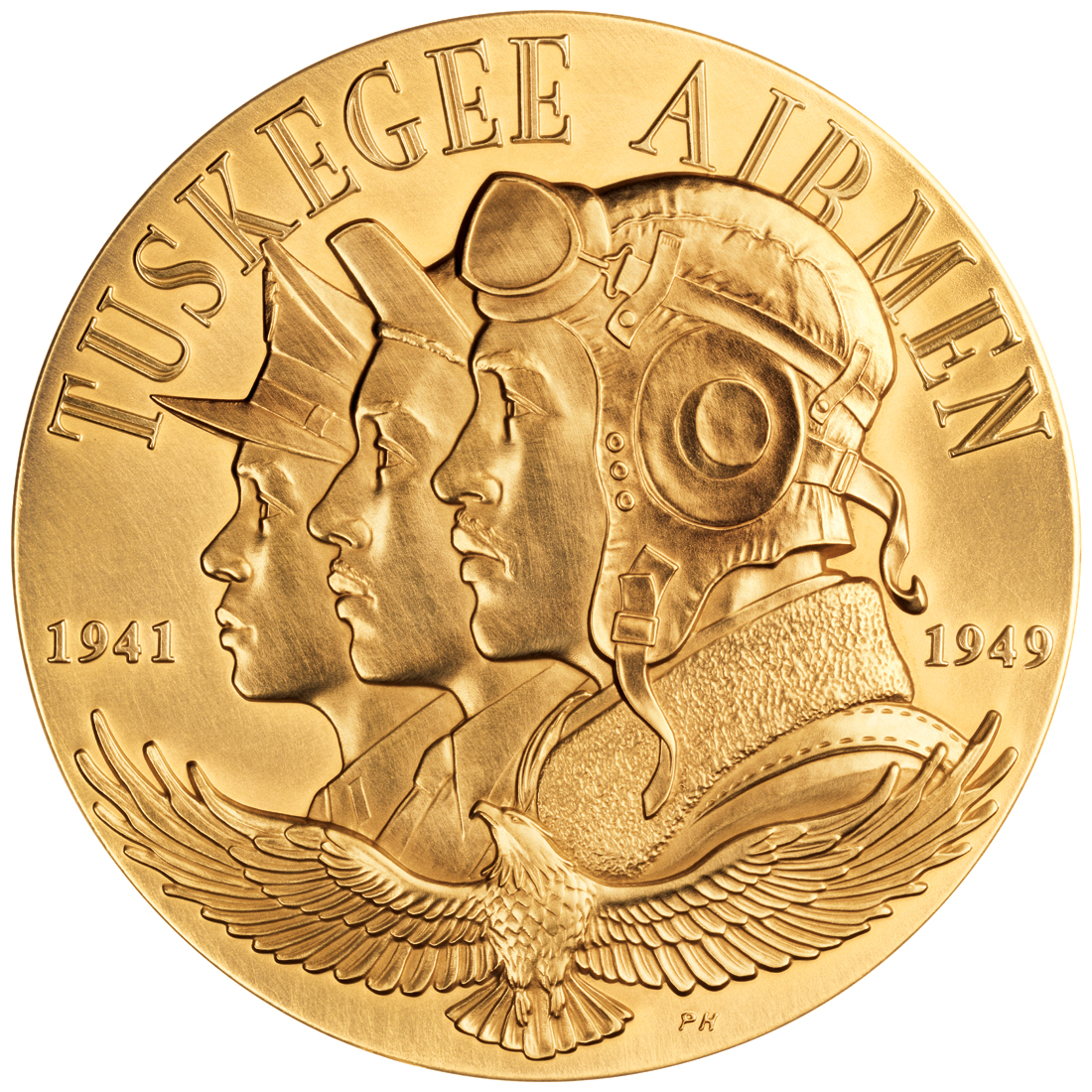 The Tuskegee Airmen were African-American pilots who became heroes during World War II. They were famous for escorting American bombers in raids over Europe and North Africa. The distinguished service of these 994 pilots played a part in President Truman’s decision to desegregate the U.S. military.

This medal was given because of the “unique military record” of the Tuskegee Airmen, “which inspired revolutionary reform in the Armed Forces.”