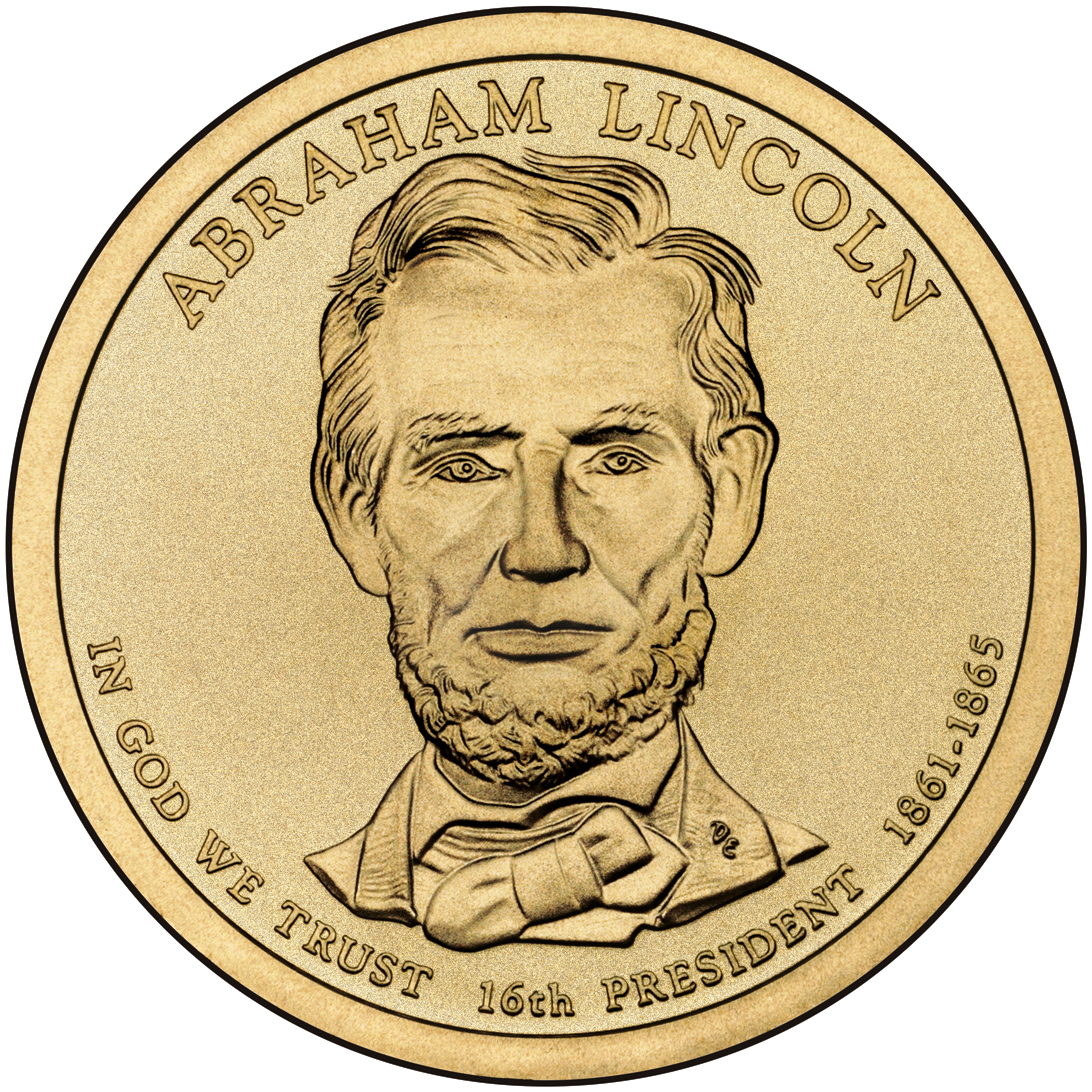 Reverse
Shows the Statue of Liberty.
Obverse
Features a portrait of Abraham Lincoln, our 16th president.

On February 12, 1809, the Lincoln family had a new addition: a son they named Abraham. The Lincolns were poor farmers at a time when their home in Kentucky was considered part of the nation’s frontier.

Abraham grew up, taught himself law and practiced law in Illinois, and served in the Illinois legislature and the U.S. House of Representatives. In 1860, he was elected the 16th president of the United States.

Lincoln first became known across the nation two years earlier. He was campaigning for a seat in the U.S. Senate that was held by Stephen Douglas. Lincoln held a series of debates with Douglas over slavery, a major issue of the time.

Although Lincoln lost the Senate election, he won national notice for the quality of his ideas. In 1860, as the nation was facing civil war, the newly-formed Republican Party named him to run for president.

While in office, Lincoln issued the Emancipation Proclamation, which freed the slaves who lived in Confederate states. Although the Confederate States ignored the proclamation, it allowed Union soldiers to free slaves they found in the South and recruit them into their army. By the time the Civil War ended, one out of eight members of the Union Army was black.

Although the war and slavery dominated his presidency, Lincoln also signed into law the Homestead Act. The Act allowed poor people to buy land if they agreed to live on it for at least five years. Through this law, the American West began to be settled.

On January 31, 1865, the thirteenth amendment to the Constitution, ending slavery, was presented to the states for ratification. But before three-quarters of the states ratified the amendment the following December, only a few weeks into his second term as president, Abraham Lincoln was shot by Southern sympathizer John Wilkes Booth. He died the next morning, on April 15, in Washington, D.C.