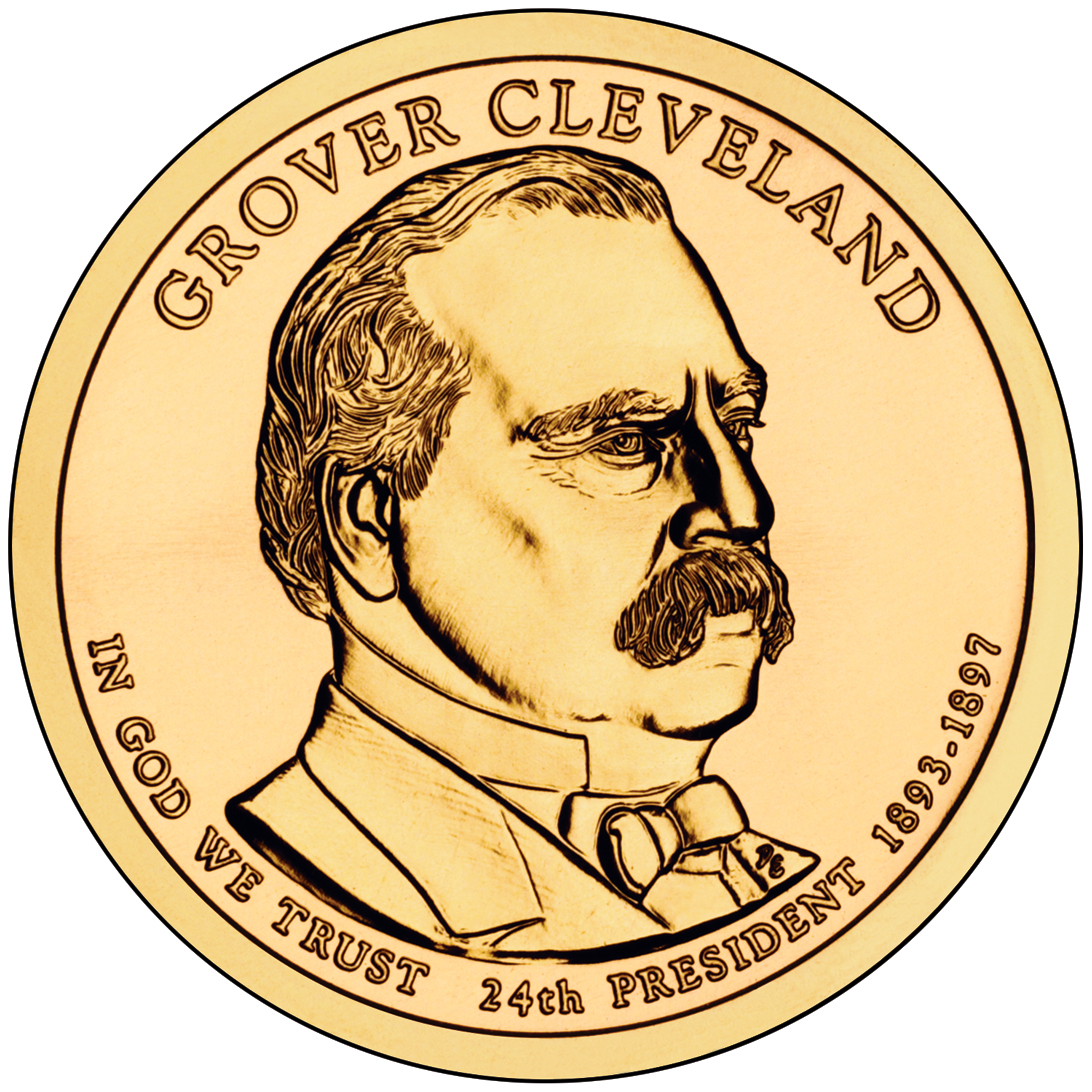 Reverse
Shows the Statue of Liberty.
Obverse
Features a portrait of Grover Cleveland, our 22nd and 24th president.

Grover Cleveland was the only president who left the White House and returned for a second term after another president’s term. Cleveland was born in New Jersey in 1837 and raised in upstate New York.

Cleveland worked as a lawyer in Buffalo, New York, and was elected mayor of Buffalo in 1881. Later, he was elected governor of New York. He became the 22nd President in 1884, was replaced by Benjamin Harrison in 1888, but returned to office in 1892.

As the 24th President, Cleveland had to deal with an economic depression. He addressed the financial crisis directly rather than business failures, farm mortgage foreclosures, and unemployment. He supported the repeal of the Sherman Silver Purchase Act and, with Wall Street’s help, maintained the Treasury Department’s gold reserves.

Cleveland sent federal troops to enforce an injunction against a railroad strike in Chicago. For many Americans, national pride was stirred by his strong stand toward the strike, as well as by his pressure on Great Britain to accept the arbitration of a boundary dispute in Venezuela. Despite this public approval, his policies during the depression were not generally popular.

In 1896, his party (Democratic) nominated William Jennings Bryan for President instead of Cleveland. After leaving the White House for the second time, Cleveland retired to Princeton, New Jersey, and died in 1908.