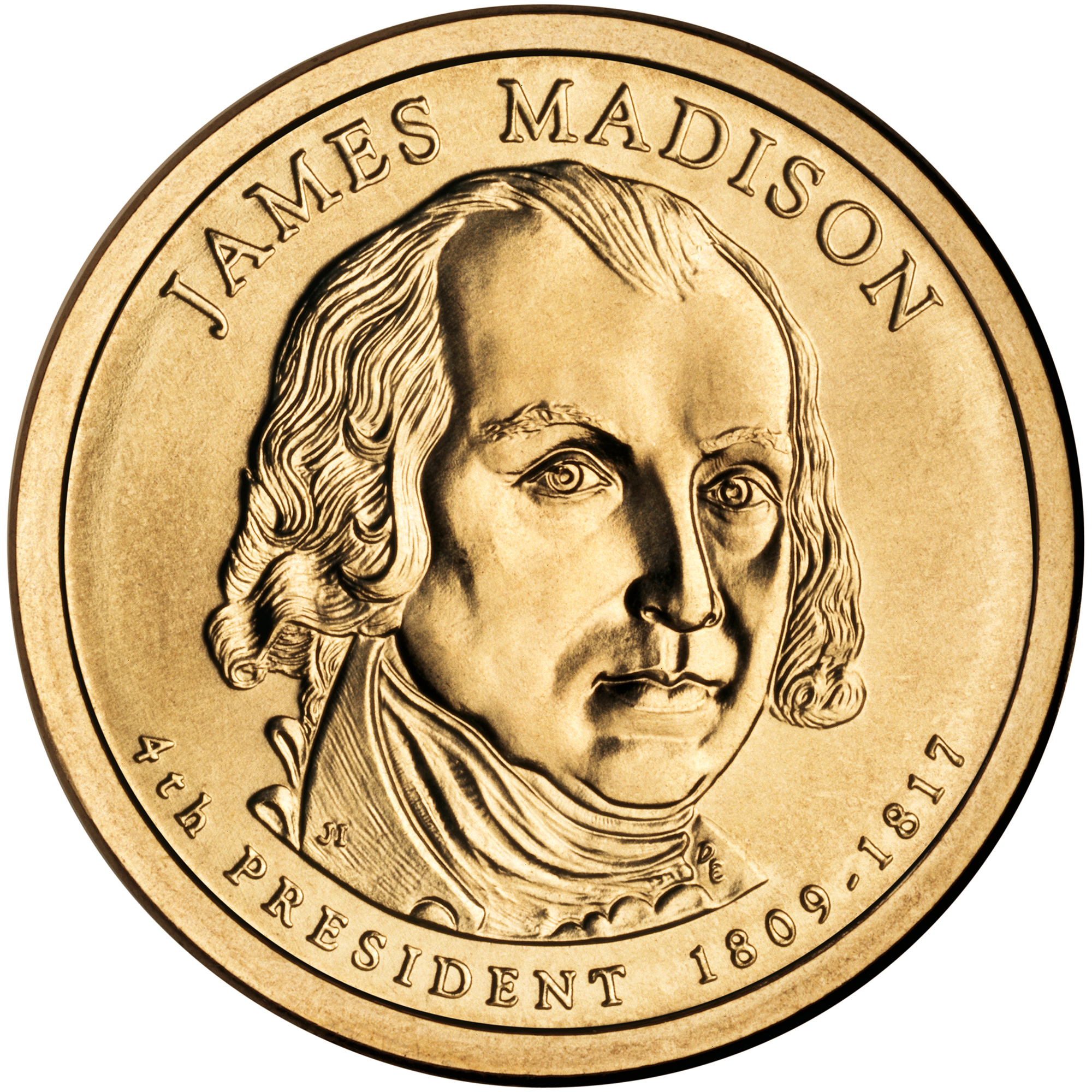 Reverse
Shows the Statue of Liberty.
Obverse
Features a portrait of James Madison, our fourth president.

James Madison studied both history and law at Princeton University (then called the College of New Jersey). Afterward, he returned to Virginia to help craft Virginia’s Constitution and to help lead the Virginia Assembly.

After the American Revolution, Madison played a major role in setting the course for the new country and its government. Madison helped write the Federalist Papers, a series of 85 essays that encouraged people to accept the United States Constitution and make it law. He urged Congress to pass the Bill of Rights as well.

When Madison became president, France and Great Britain were at war. He had to ask Congress to declare war on Great Britain, resulting in the War of 1812.