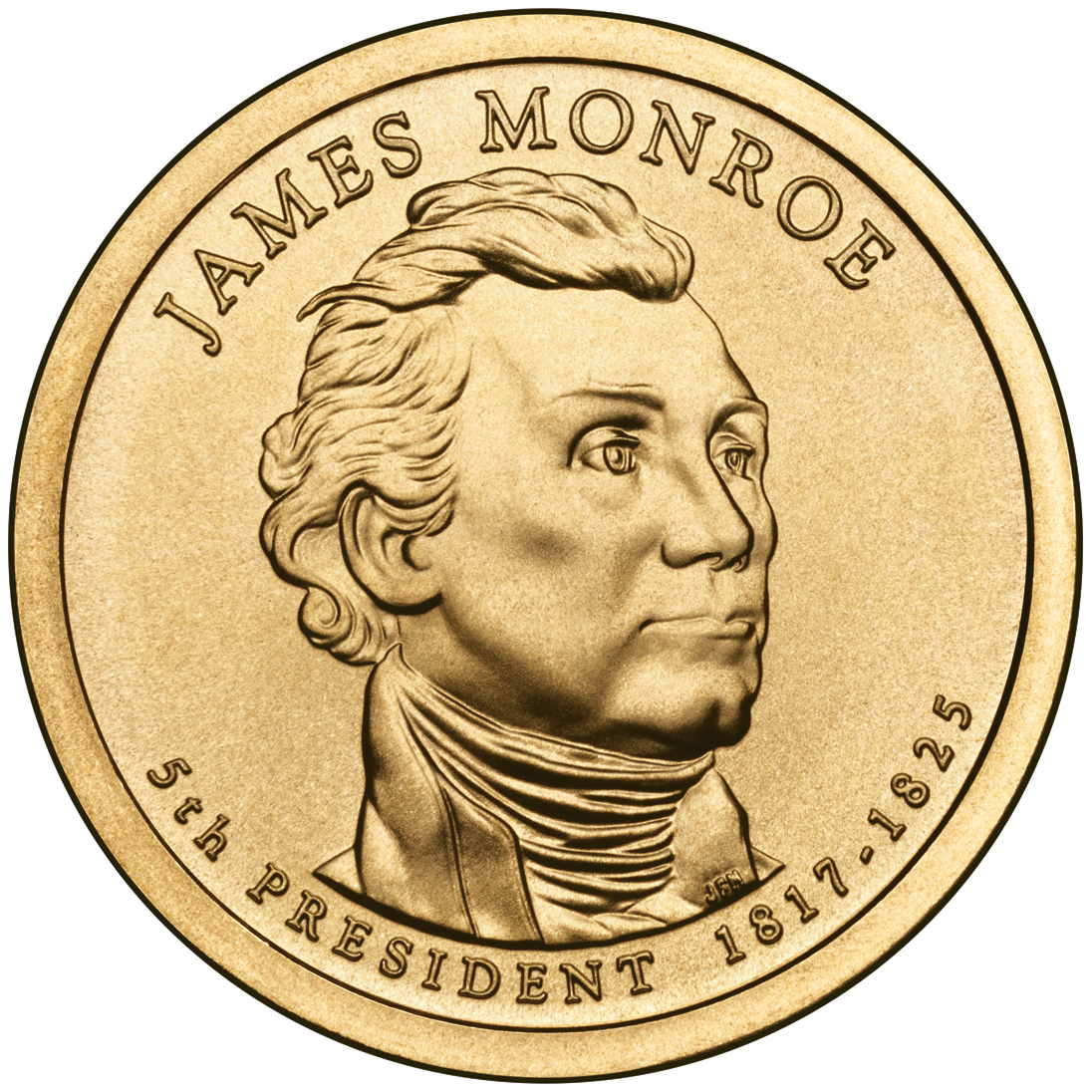 Reverse
Shows the Statue of Liberty.
Obverse
Features a portrait of James Monroe, our fifth president.

Virginia native James Monroe was overwhelmingly elected the fifth president of the United States. Monroe, you see, fought in the Revolutionary War; supported the Bill of Rights; and served as a U.S. diplomat in Europe, as governor of Virginia, as senator, as secretary of state, as secretary of war, and as a negotiator of the Louisiana Purchase. His experience made him an excellent candidate for the presidency.

Under his administration beginning in 1817, the country enjoyed peace and a healthy economy. As a result, the years of his two terms are known as the “era of good feelings.”

As president, Monroe laid the foundation for American foreign policy in an 1823 message to Congress. This policy, which warned European powers against expanding in the Western Hemisphere, became known as the Monroe Doctrine.

To keep the balance between free states and slave states, he helped devise the Missouri Compromise. The Compromise also set a boundary line across the country. Above that line (36 degrees 30 minutes north latitude), no territory could introduce slavery.