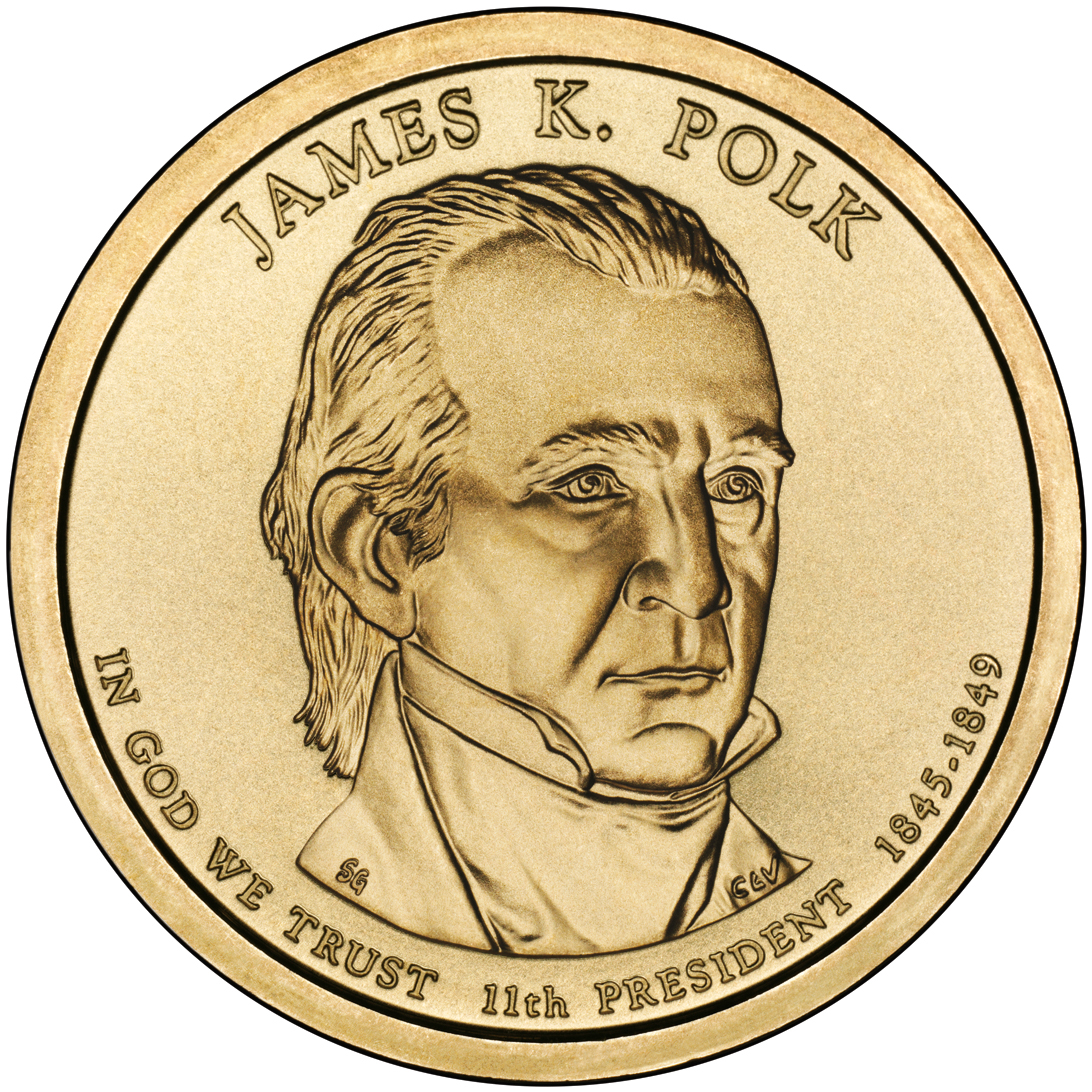 James K. Polk, America’s eleventh president, was born in 1795 in North Carolina. When he was a young boy, his family moved to the wilderness of Tennessee to start a plantation. James later trained to work as a lawyer.

Despite his serving six terms in Congress (including four years as Speaker of the House) and one term as governor of Tennessee, he was relatively unknown. This made him the first national “dark horse” candidate when the Democratic Party nominated him to run for President of the United States. He narrowly won the presidency over Henry Clay.

Polk strongly believed in “manifest destiny,” the idea that the United States was clearly meant to expand across North America. During his time in office, Polk helped the country grow by more than one million square miles. Oregon and Washington were annexed from Great Britain; California and New Mexico were added through war with Mexico; and Texas’s border was expanded to the Rio Grande.

Polk worked hard and rarely asked anyone to help him. He hardly even took a day of vacation while he was president. As he had pledged, he served for only one term. He died in Nashville, Tennessee, just three and a half months after leaving office.