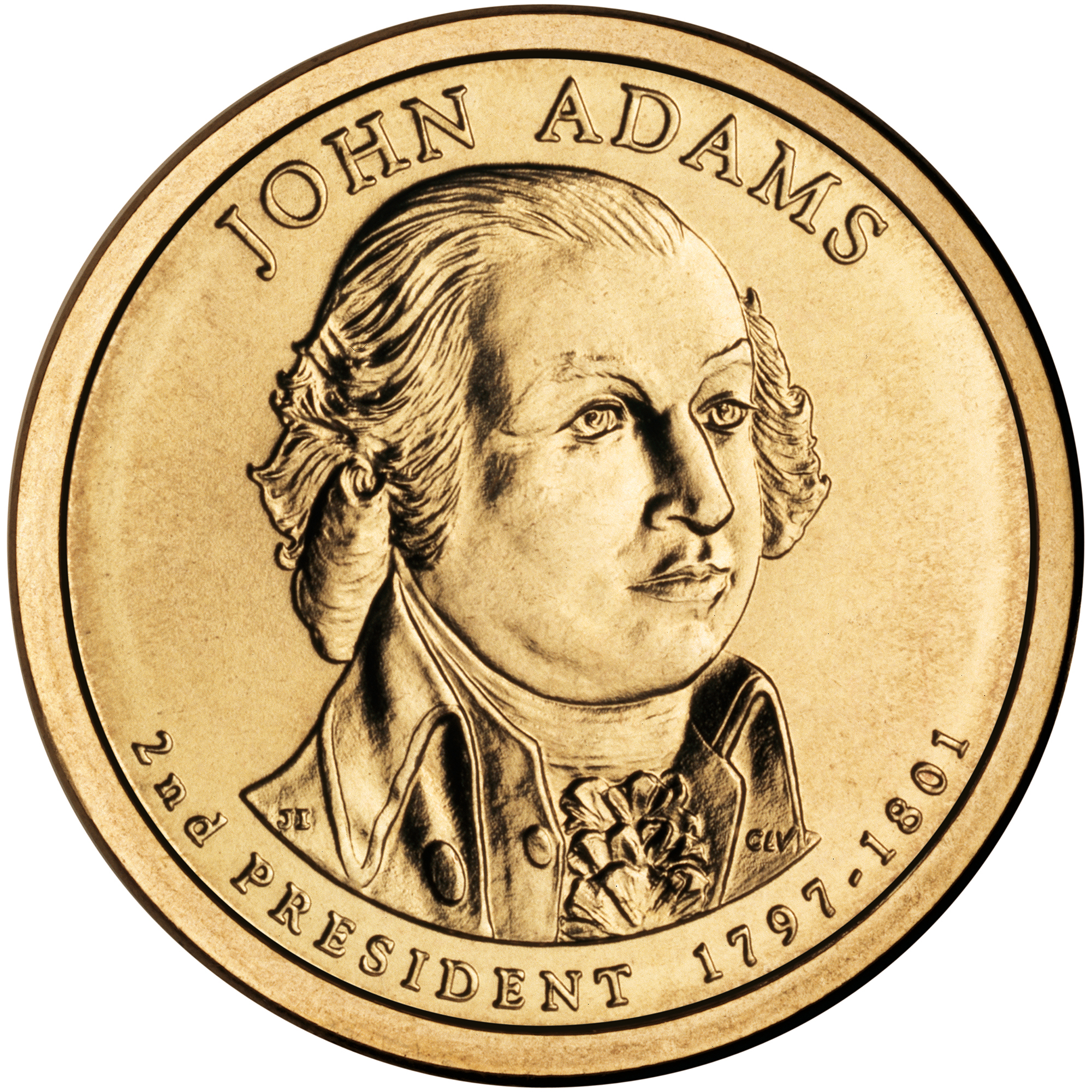 Reverse
Shows the Statue of Liberty.
Obverse
Features a portrait of John Adams, our second president.

John Adams was born in the Massachusetts Bay Colony in 1735. He graduated from Harvard University to become a lawyer, then represented Massachusetts in both the First and Second Continental Congresses. Adams was one of the first to speak out in favor of independence for the American colonies.

During the Revolution, Adams used his skills as a diplomat to represent the United States government in France and Holland. He helped to convince other countries to support American independence. Then he served eight years as vice president under George Washington before being elected president himself in 1797.

John Adams was the first president to live in the White House, arriving in Washington on November 1, 1800.