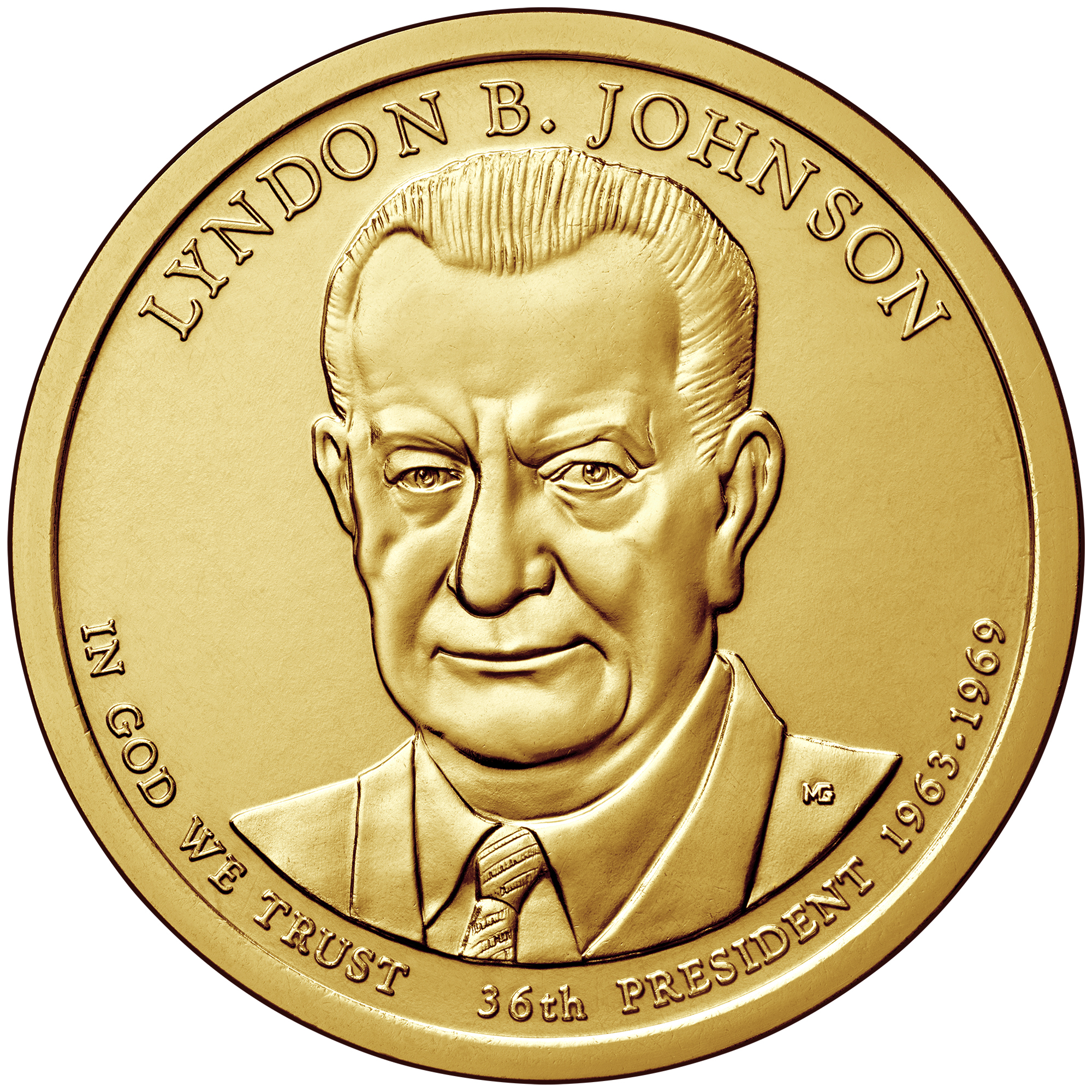 Reverse
Shows the Statue of Liberty.
Obverse
Features a portrait of Lyndon B. Johnson, our 36th president.

Lyndon B. “LBJ” Johnson was born on August 27, 1908 in central Texas. In his youth, Johnson learned the value of education from his mother and developed a passion for politics from his father. He graduated from Southwest Texas State Teachers College in 1930 and, at 26, married Claudia “Lady Bird” Taylor.

In 1937, Johnson embarked on a long political career that spanned more than three decades. He served six terms in the U.S. House of Representatives and 12 years in the U.S. Senate. Johnson became the youngest Minority Leader in Senate history in 1951 and became the nation’s vice president in 1961. He was sworn in as the 36th U.S. President in 1963 after John F. Kennedy’s assassination.

While president, he worked with Congress to introduce and adopt his Great Society program. Notable accomplishments during Johnson’s administration include:

After leaving the presidency in 1969, Johnson stayed at his family ranch in Stonewall, Texas. Later, he donated the ranch to the public to form the Lyndon B. Johnson National Historical Park.