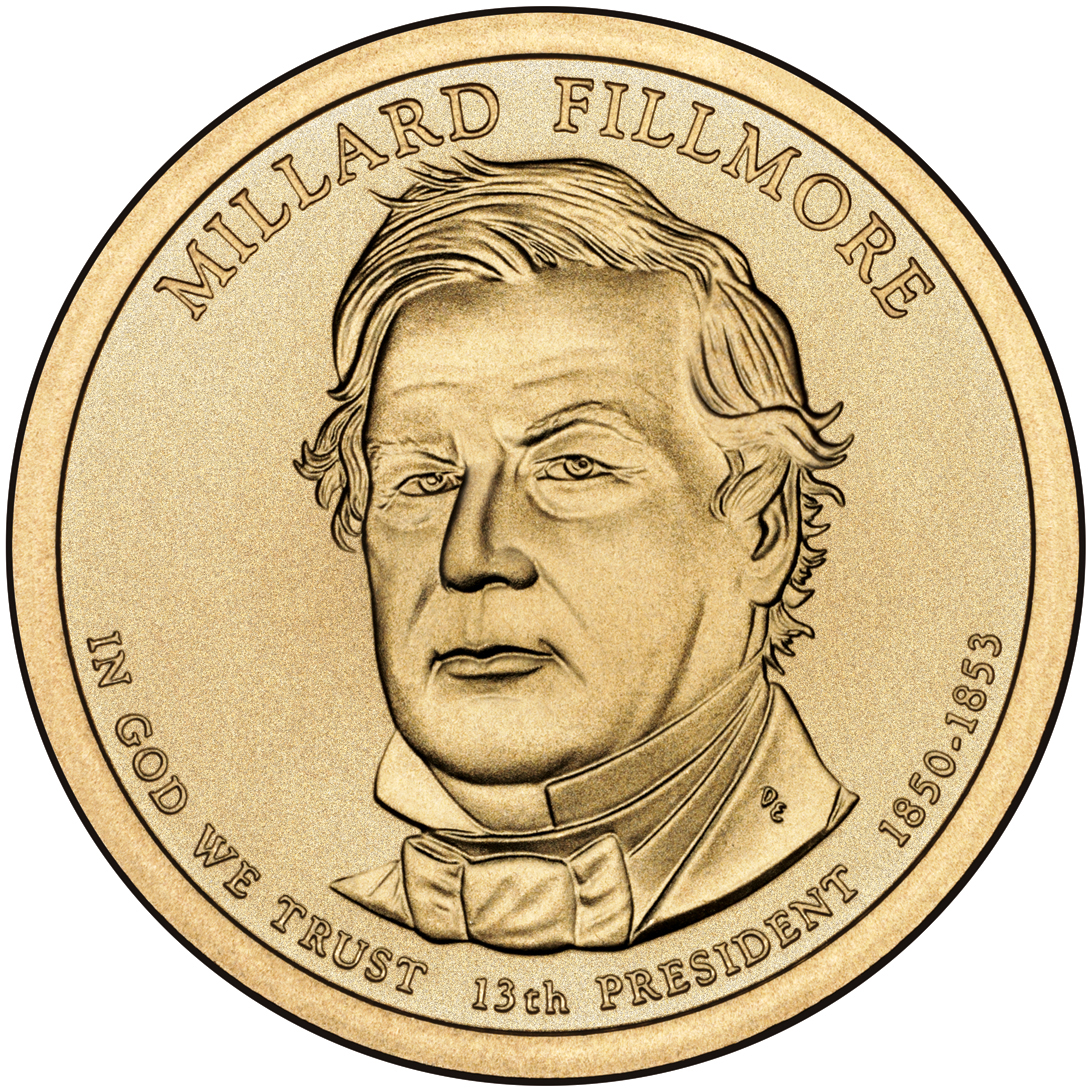 Reverse
Shows the Statue of Liberty.
Obverse
Features a portrait of Millard Fillmore, our 13th president.

In a log cabin in Locke, New York, Millard Fillmore was born on January 7, 1800. The town of Locke would later become Summerhill, the Fillmores would have seven more children, and Millard would become the 13th president of the United States.

But first, Millard worked on his father’s farm. As a teenager, he went to work with a cloth maker to learn the trade. Then he studied with a county judge, and he began to practice law when he was 23.

Five years later, Millard Fillmore entered politics. He served in the New York state assembly and later in the U.S. House of Representatives, where he chaired the powerful Committee on Ways and Means.

While Fillmore was comptroller of New York, he was elected in 1848 as vice president beside President Zachary Taylor. When Taylor died of illness in 1850, Vice President Fillmore became president.

While Fillmore was in office, Congress passed the Compromise of 1850, which helped to postpone the Civil War for a decade. He also sent Commodore Perry to Japan in 1852 to convince Japan’s government to have more contact with the United States.

Fillmore tried twice to be elected president, but failed. He then retired to Buffalo, New York, where he had been living. At the age of 62, former President Fillmore became head of the University of Buffalo (now the State University of New York at Buffalo). He died in Buffalo on March 8, 1874.