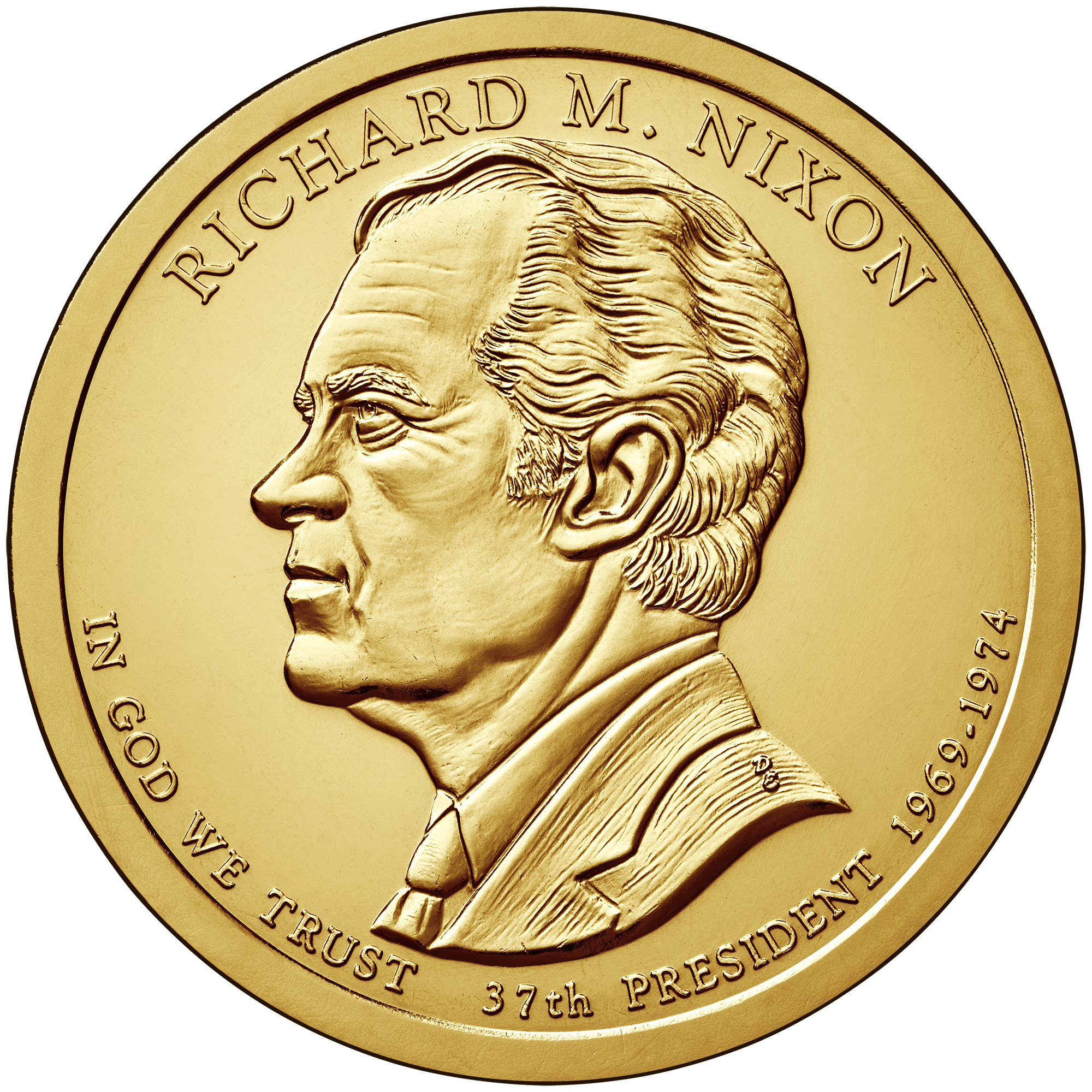 Reverse
Shows the Statue of Liberty.
Obverse
Features a portrait of Richard Nixon, our 37th president.

Richard Milhous Nixon was born January 9, 1913, in Yorba Linda, California, and raised in nearby Whittier. He attended Whittier College and Duke University Law School, and then went on to practice law. During World War II, he served as a lieutenant commander in the U.S. Navy.

Once the war ended, Nixon successfully ran for Congress in 1946, where he gained national attention for his role in the investigation of charges against former State Department official Alger Hiss. In 1950, he won a seat in the U.S. Senate, serving until 1952, when he was elected vice president.

Nixon campaigned for the presidency in 1960 but lost by less than 120,000 votes or 0.2 percent of the popular vote. A subsequent bid for governor in 1962 also ended in defeat. In 1968 Nixon campaigned for president again and won. He served until 1974, when he resigned to avoid impeachment for his role in the Watergate scandal. He is the only president to resign the office.

Highlights of Nixon’s administration include: