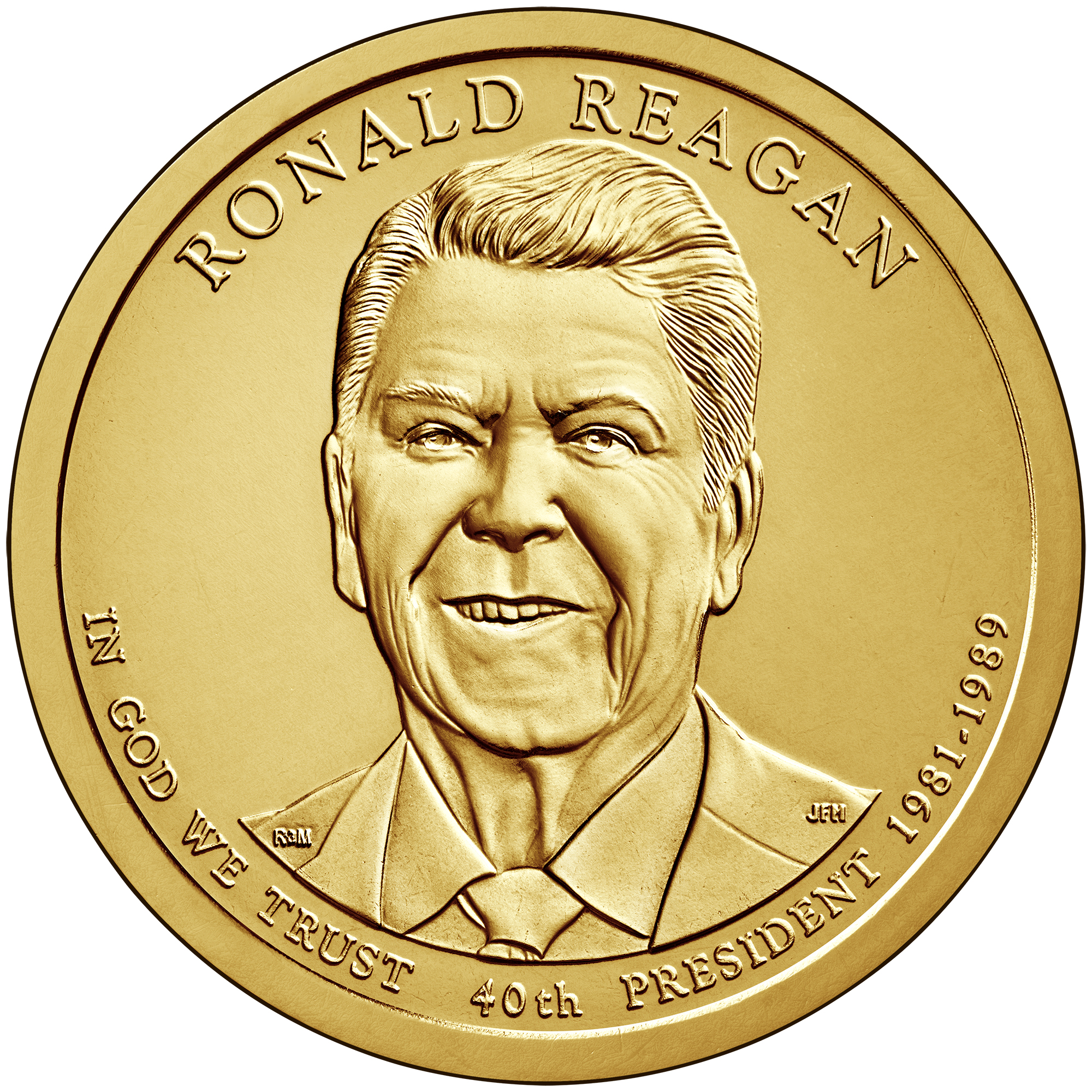 Reverse
Shows the Statue of Liberty.
Obverse
Features a portrait of Ronald Reagan, our 39th president.

Ronald Wilson Reagan was born on February 6, 1911, in Tampico, Illinois. He worked his way through Eureka College and then landed a job as a radio announcer.

Reagan developed an interest in acting while in college and in 1937 he landed a contract with a major studio. He appeared in more than 50 films, including training films during World War II while serving in the Army Air Corps.

Reagan also had a keen interest in politics and in 1966, he successfully ran for governor of California, serving two terms. He unsuccessfully challenged President Ford for the Republican nomination in 1976 and defeated Jimmy Carter four years later, becoming the nation’s 40th president on January 20, 1981.

Highlights of Reagan’s administration include: