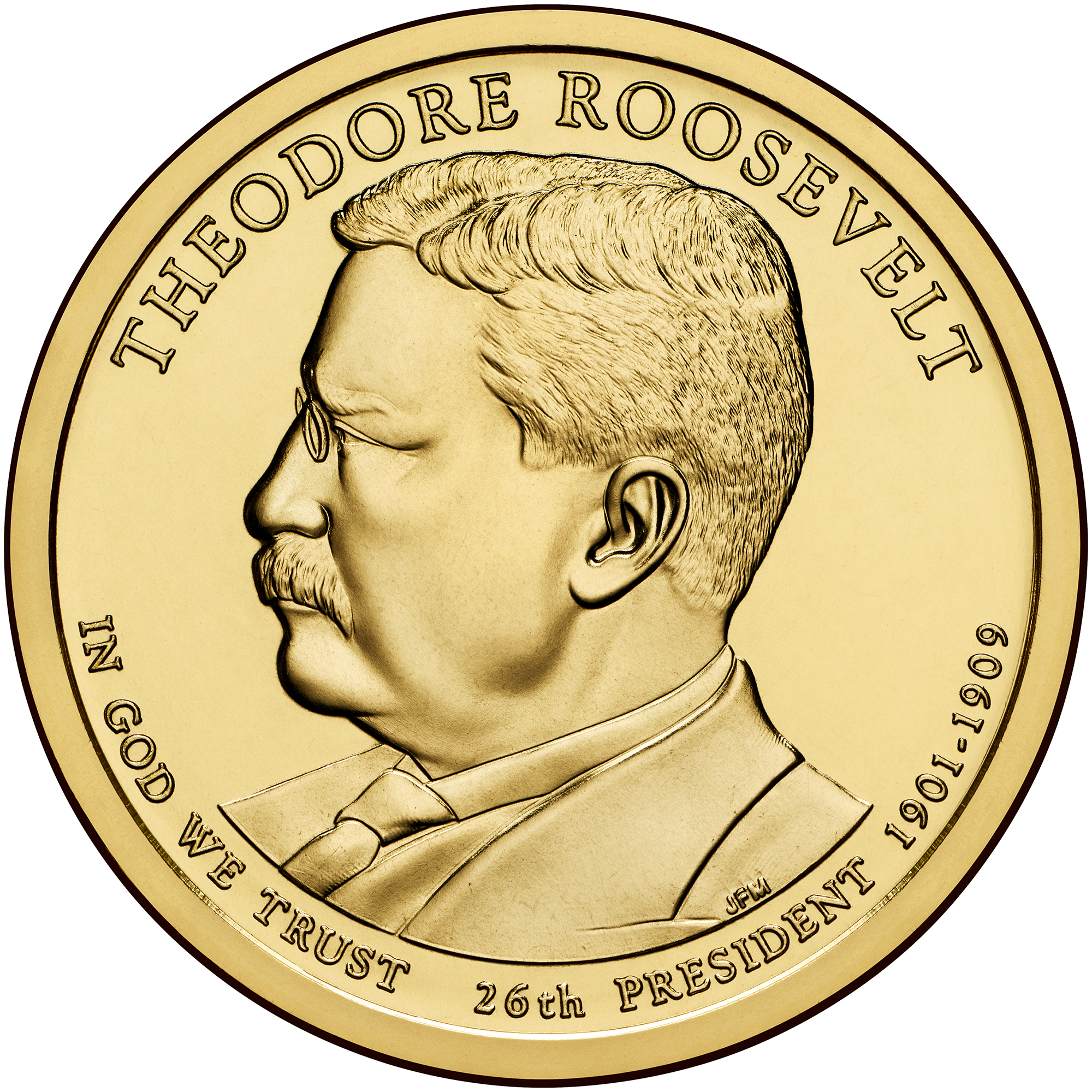 Reverse
Shows the Statue of Liberty.
Obverse
Features a portrait of Theodore Roosevelt, our 26th president.

Theodore Roosevelt was born in New York City in 1858. He was lieutenant colonel of the Rough Riders Regiment during the Spanish-American War and was elected governor of New York in 1898. He became president upon the death of William McKinley in 1901 and was elected for a second term.

While serving as the 26th President, Roosevelt took an active interest in the design of American coinage. He personally sought out a renowned sculptor, Augustus Saint-Gaudens, and had him redesign the “double eagle” ($20 gold coin) and the Indian head eagle ($10 gold). Roosevelt also approved two commemorative coins: the Louisiana Exposition gold dollar and the Lewis and Clark Exposition gold dollar.

After Roosevelt left office in 1909, he took some time out for an African safari, then jumped back into politics. He ran again for president in 1912, but was shot while campaigning. He soon recovered, and died in 1919.