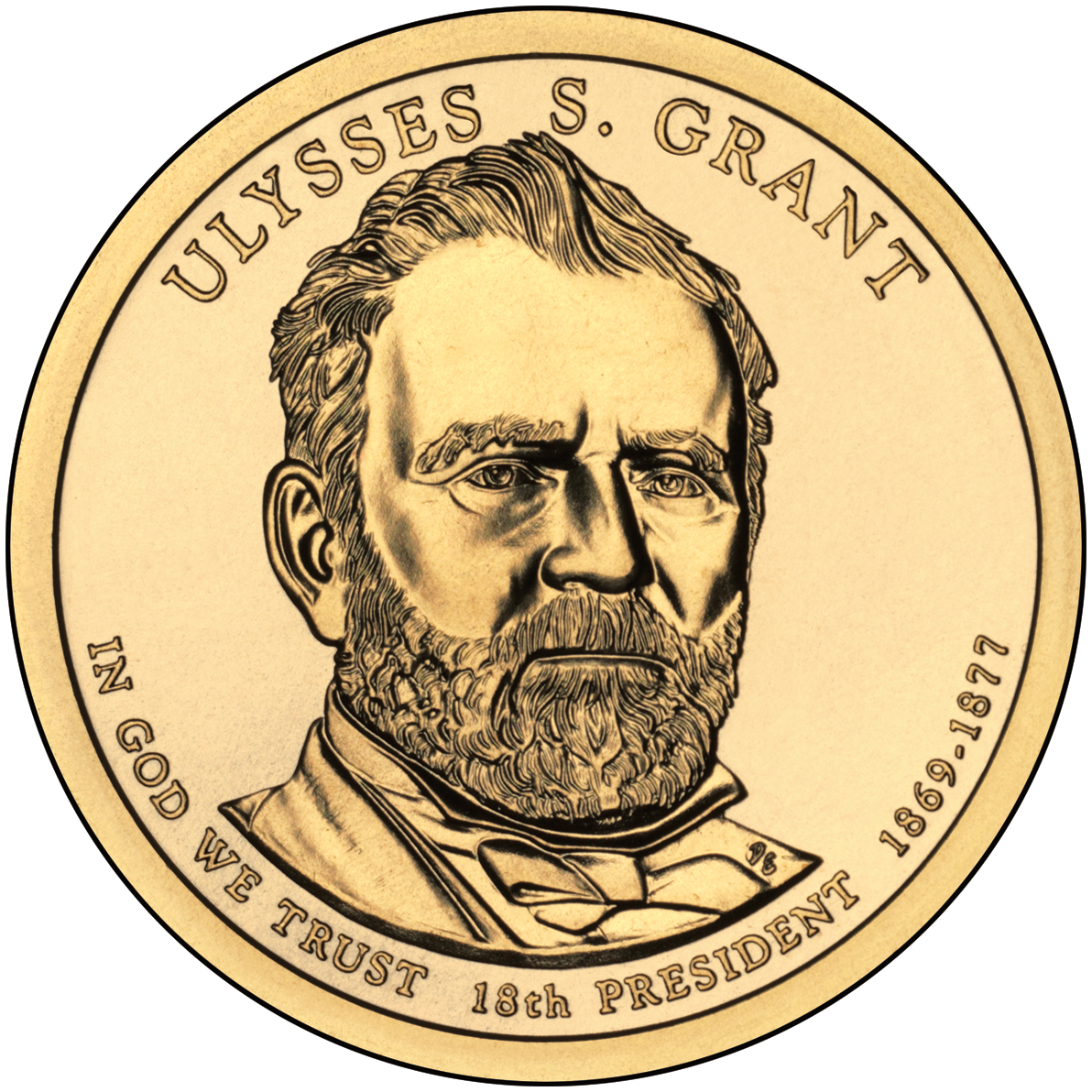 Born in 1822, 18th president, Ulysses S. Grant was the son of an Ohio tanner. He attended the military academy at West Point. He later fought in the Mexican War under General Zachary Taylor.

When the Civil War began, Grant successfully commanded a volunteer regiment. He soon rose to the rank of brigadier general of volunteers.

President Lincoln later promoted him to major general of volunteers. After he won battles at Vicksburg, Mississippi and Chattanooga, Tennessee, Lincoln appointed him general-in-chief. By the time Confederate General Robert E. Lee surrendered to Grant in 1865, Grant was the symbol of Union victory during the Civil War.

General Ulysses S. Grant was the Republican Party’s logical candidate for President in 1868. As president, he allowed radical Reconstruction in the south, sometimes backing it with military force.

Under his administration, Yellowstone was established as the first national park and Congress passed a bill calling for equal pay for women and men holding similar jobs in federal government agencies. Perhaps the happiest day of the Grant presidency was the day in 1874 when his daughter Nellie was married in the White House.

On retiring from the presidency in 1877 after serving for two terms, Grant learned that he had cancer of the throat. At the suggestion of author Mark Twain, he started writing his memoirs to help pay off his debts and provide for his family.

Personal Memoirs of U.S. Grant became a best-seller. The book is today considered one of the finest military autobiographies ever written. Soon after completing the last page, he died on July 23, 1885.