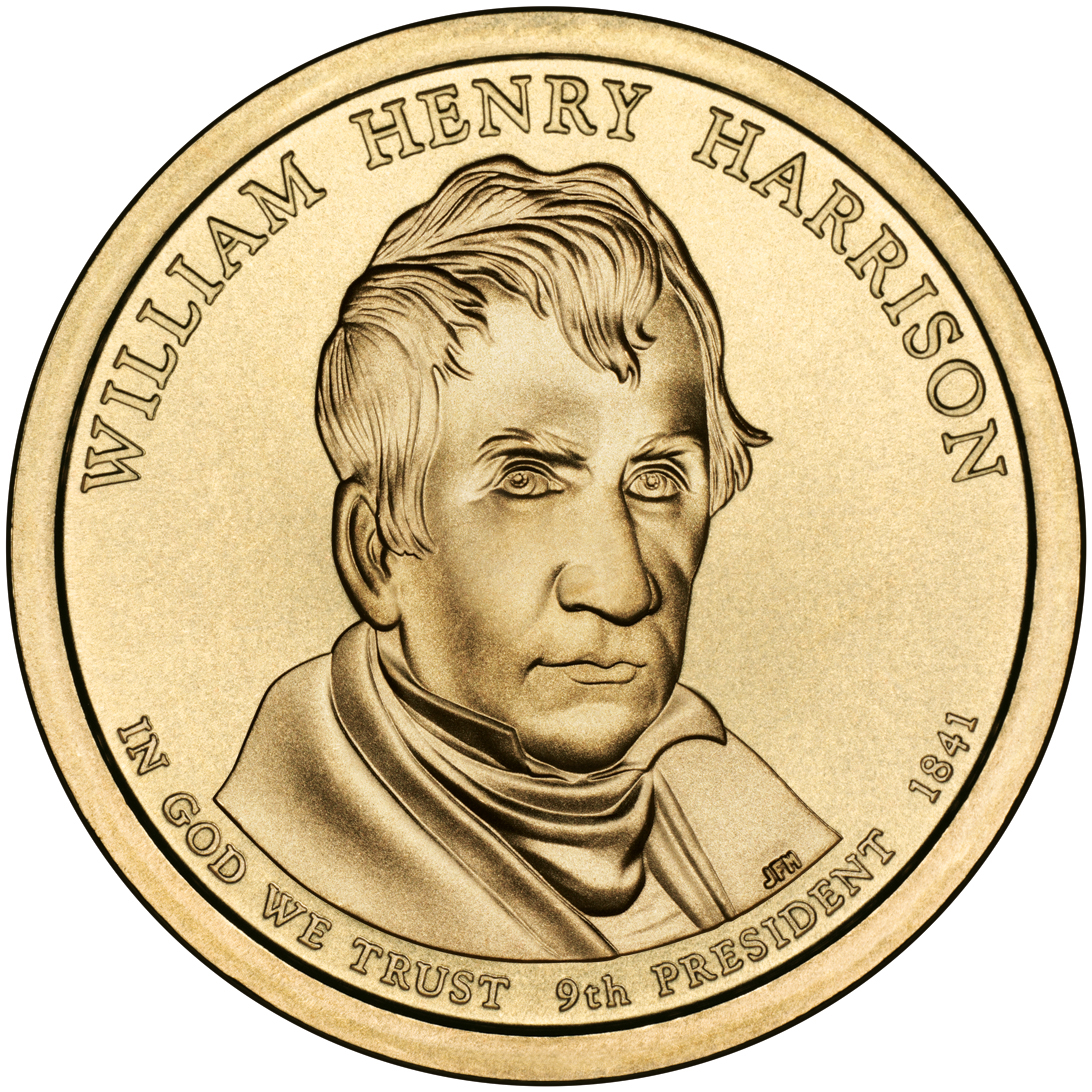 Like four other presidents before him, William Henry Harrison was born in Virginia. His father Benjamin had signed the American Declaration of Independence in 1776 when William was three years old.

Harrison served with distinction in the Army. He led troops to victory in the Battle of the Thames and the Battle of Tippecanoe (against Native Americans), which earned him the nickname, “Old Tippecanoe.”

Harrison later served in Congress and as a minister to Colombia. In 1840, the Whig party asked Harrison to run against the President, Martin Van Buren. Van Buren had become unpopular because of an ongoing economic depression.

With John Tyler as his vice-presidential running mate, Old Tippecanoe was the first to use a campaign slogan. “Tippecanoe and Tyler Too” is still one of the most memorable campaign slogans ever. Harrison defeated Van Buren by a wide margin.

At that time, inaugurations took place in March rather than January. The weather for the outdoor ceremony was cold and rainy, yet Harrison gave the longest inaugural speech in U.S. history, lasting more than an hour and a half, without wearing a hat or coat.

Within one month of taking the oath of office, Harrison caught a cold, then pneumonia. He became the first U.S. president to die while in office. Harrison, 68, was the oldest of the first nine presidents.