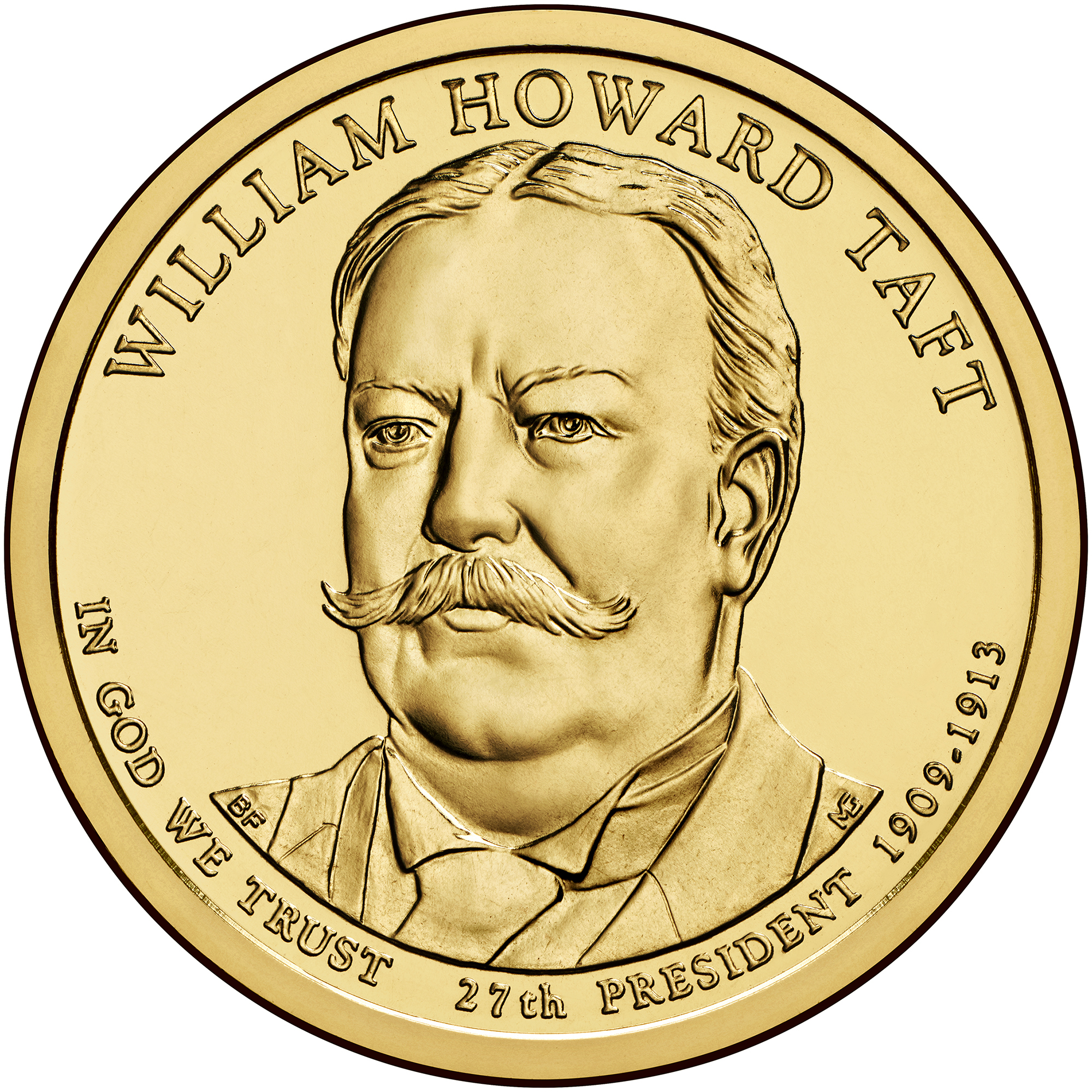 William Howard Taft was born in Cincinnati in 1857. He was appointed as a federal circuit judge at the age of 34, served as civil administrator in the Philippines under President McKinley, and later served as President Roosevelt’s Secretary of War. He won the 27th presidency in 1908, serving one term.

Taft, with Congress, authorized Treasury to re-coin underweight coins; had the Director of the Mint buy standardized weights for each Mint and assay office; and authorized up to a $100 fine for anyone making, importing, or printing coins that resemble official U.S. or foreign coins.

After the presidency, Taft served as a professor of law at Yale University and as chief justice of the U.S. Supreme Court, a position he held until 1930, just before his death.