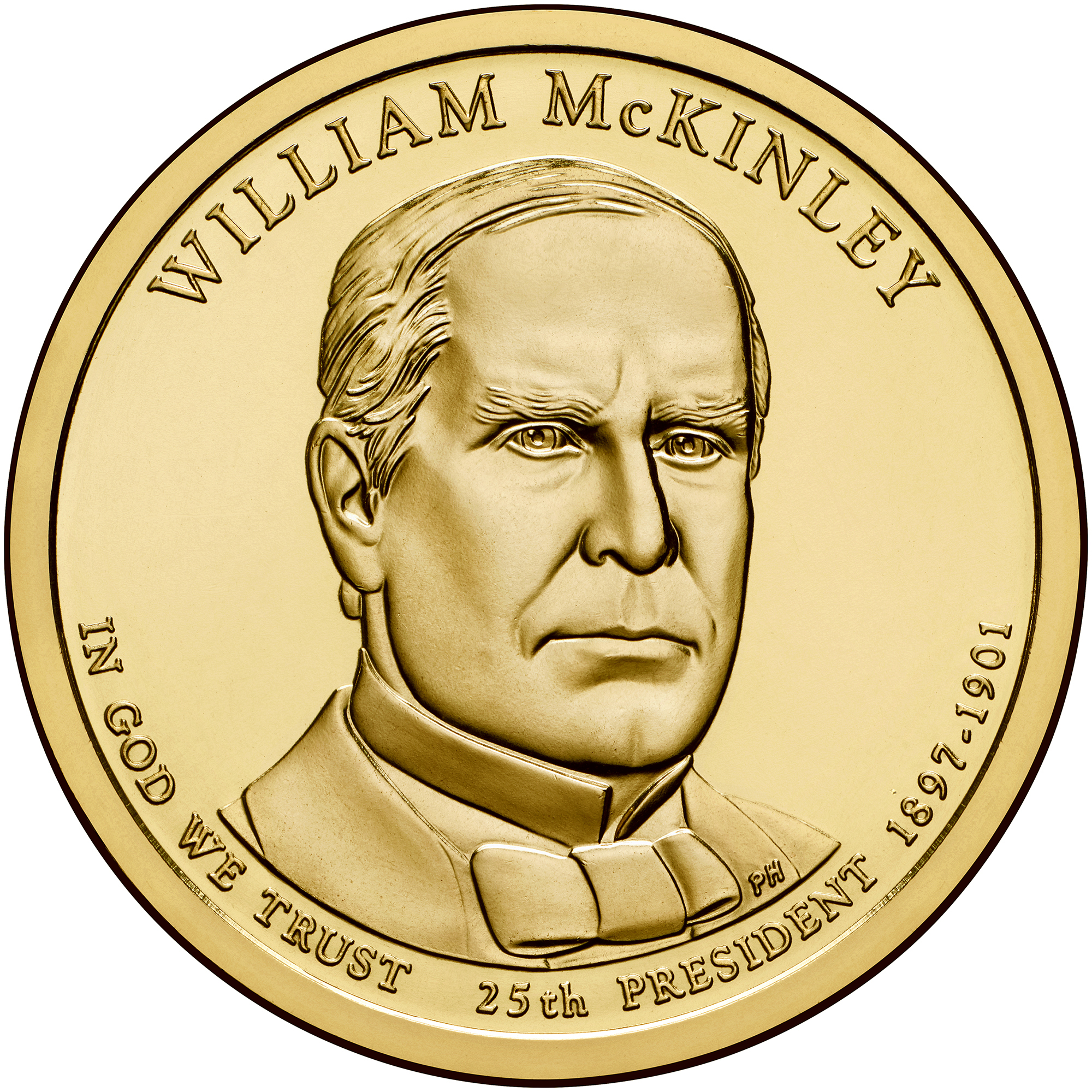 Reverse
Shows the Statue of Liberty.
Obverse
Features a portrait of William McKinley, our 25th president.

William McKinley was born in Niles, Ohio, in 1843. He served in the U.S. House of Representatives for 14 years and two terms as governor of Ohio before becoming the 25th president in 1897.

In 1899, President McKinley signed an act into law that authorized the coinage of a silver dollar now known as the Lafayette dollar. The coin commemorated the creation of a monument to General Lafayette in the city of Paris, France.

After McKinley finished serving one full term, he was re-elected in 1900. In September of 1901, McKinley was shot by an anarchist while attending the Buffalo Pan-American Exposition. He died eight days later.