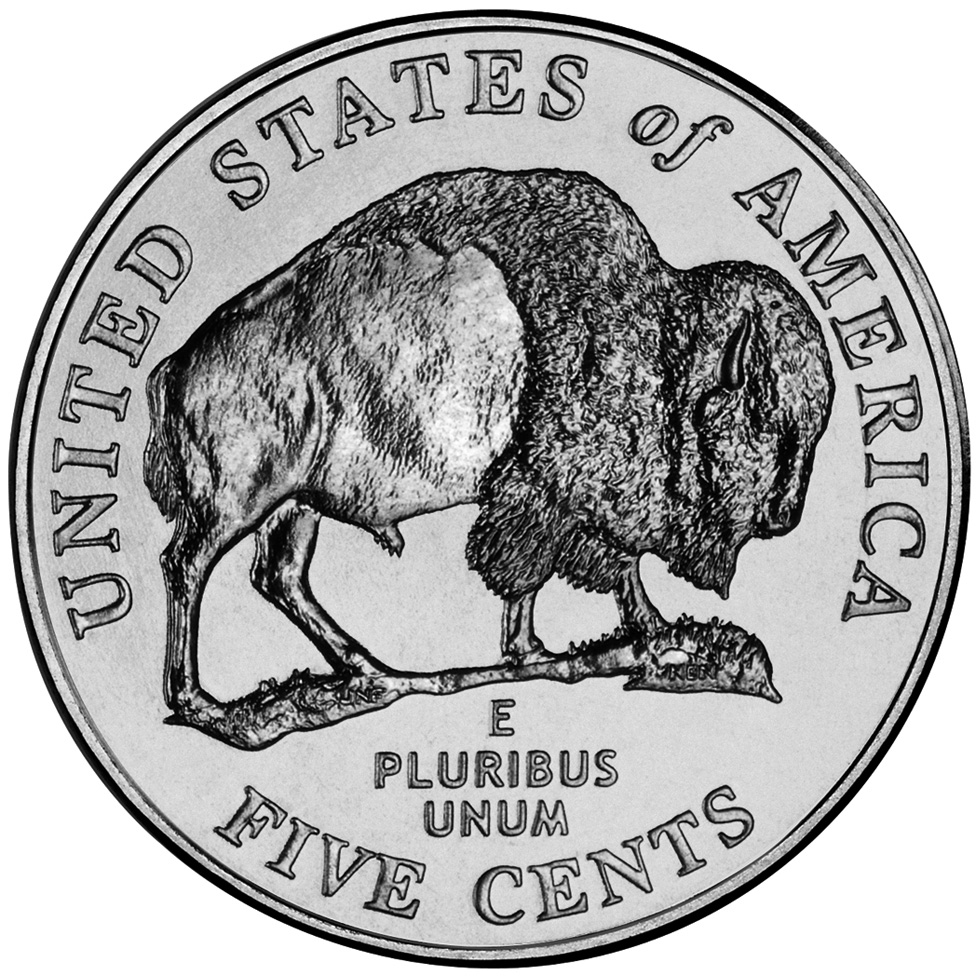 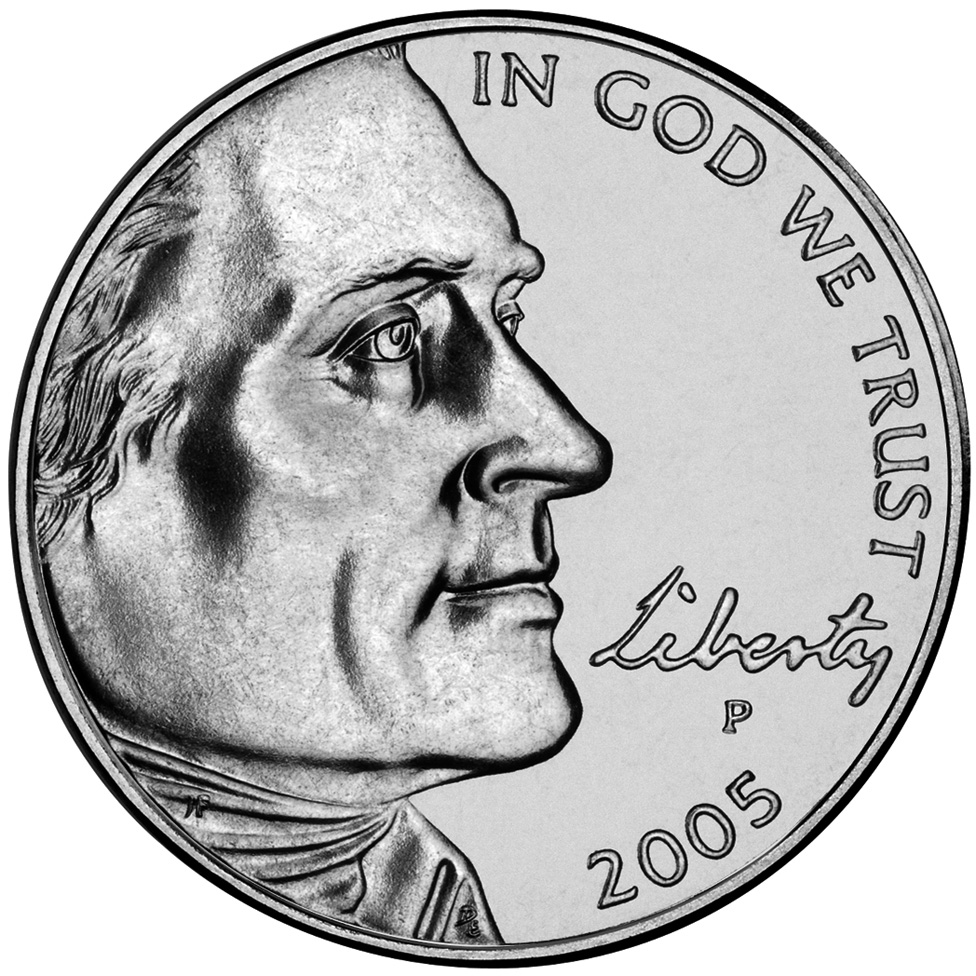 Reverse
Features the American bison, also called the buffalo, symbolizing the Native Americans and wildlife encountered by the Lewis and Clark expedition. Expedition journals described the buffalo, and it was an animal of great significance to many Native American cultures.
Obverse
Features a new image of Thomas Jefferson. The word "Liberty" appears in a style that is like Jefferson's own handwriting. The new image of Jefferson replaces the image that had been on the nickel since 1938.

The first new 2005 design on the nickel’s reverse (back) features the American bison, also called a buffalo. This animal used to roam the plains in such great numbers that the animal was noted often by Lewis and Clark in their journals. This buffalo also reminds us of the Native Americans who counted on the animal for food, clothing, and shelter, and of all the wildlife that the explorers wrote about and brought back to the United States as a record for science.