The Presidential $1 Coin Program, which started in 2007 and honored all deceased United States presidents, will come to an end in 2016 when the United States Mint at San Francisco mints the last coins.

San Francisco employees are currently manufacturing the presidential coins, which are minted under the Presidential $1 Coin Act of 2005, Public Law 109-145. Under the provisions of the law, the United States Mint is tasked with honoring our Nation’s Presidents by issuing $1 coins featuring their images in the order that they served.

Carlos Dumpit was a die setter in training when the program started in 2007. Now a day shift supervisor for the San Francisco facility, “the process was extremely rough,” he recalls. “Because this was a new coin, taking dies apart often took 10 to 15 minutes, much longer than the current 5 minutes needed. Putting the dies back together took about 20 minutes. Additionally, since the coin had edge lettering for the year of the coin and the inscriptions ‘IN GOD WE TRUST’ and ‘E PLURIBUS UNUM’—which was a completely new process—there was a lot of trial by error.”

“The dollars themselves are probably the toughest denomination to run,” Dumpit said. “I was excited they let a die setter in training run the dollar, let alone George Washington, the first president.”

Because Washington was the first coin in the series, Dumpit said the coin still holds a special place in his heart.

“I was a young die setter in training,” he said. “It was over in the press room. It must have taken me half an hour to get the alignment straight on that die. I just put them in the press and just got a fresh load of washed blanks. I loaded up that cassette, fit it through the feed system and stamped my first coin. I pulled that out and I was amazed. That dollar coin, I wanted it. The finish was good on there, the edge lettering was good on there, the frost, everything. It was one of those ‘wow’ moments. I just made President George Washington on the coin.”

The Presidential $1 Coin Program ends with Ronald Reagan, which is unique because San Francisco employees are honoring the only United States president to previously be governor of California, home of their facility.

“My favorite of the coins is Ronald Reagan,” said Teresita Gatmaitan, a die setter at the San Francisco facility. “Ronald Reagan was governor of California and he made it to the White House. It has been an honor making the presidential coins because we’re making the coins that everyone collects. Not everybody gets to do that.”

To find out more about what working at the United States Mint at San Francisco means to employees, go to “The Mint Means…” Series, Ep. 01. 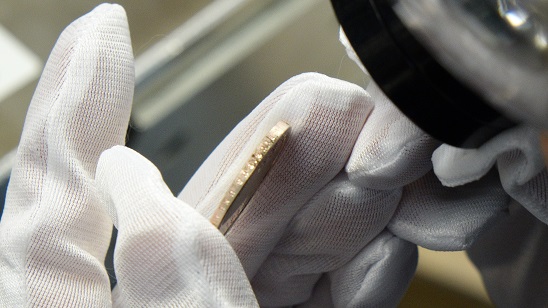 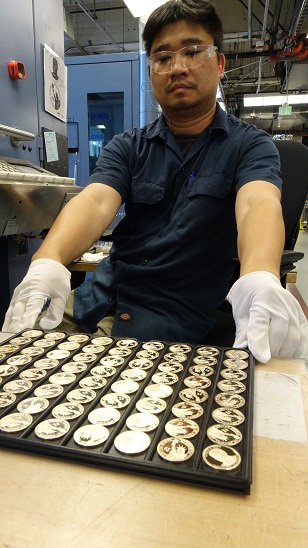 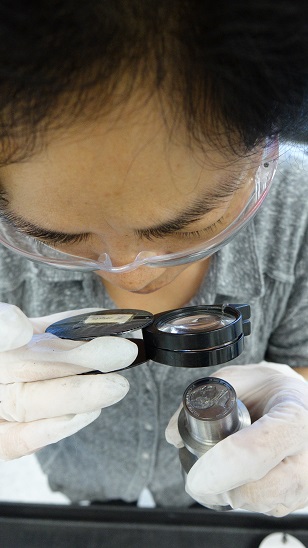 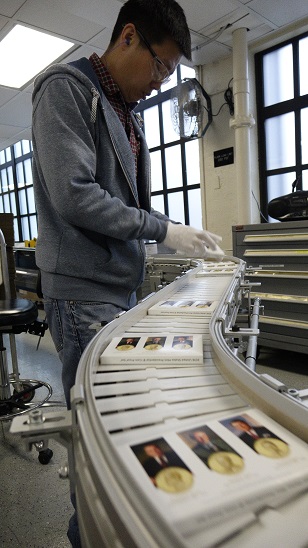 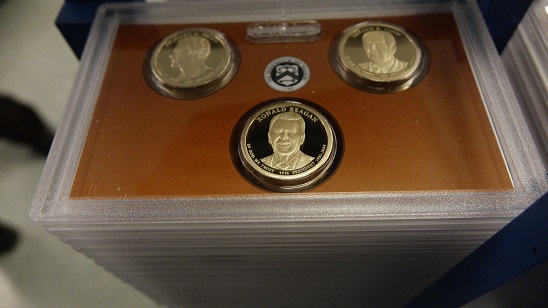