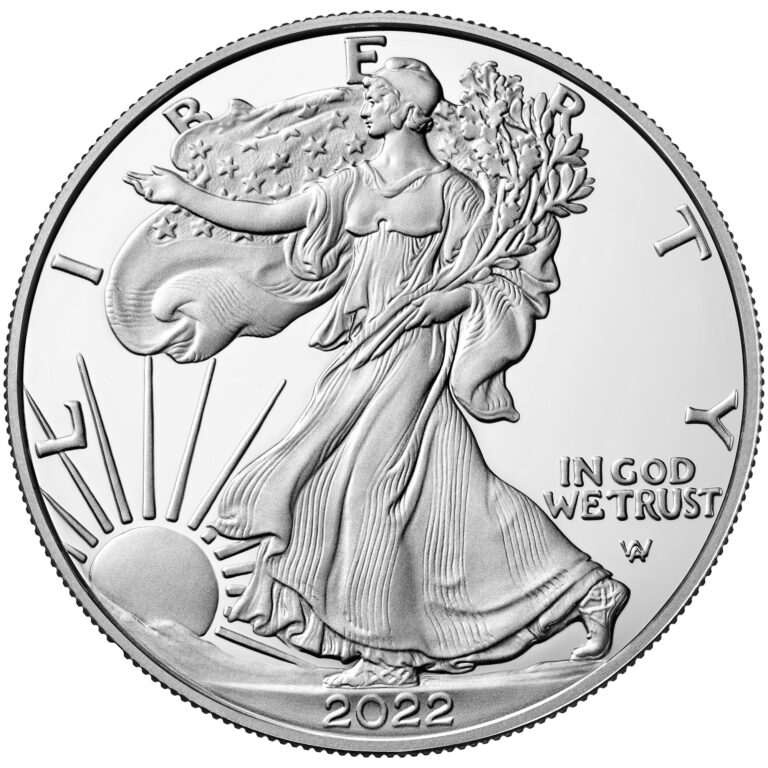 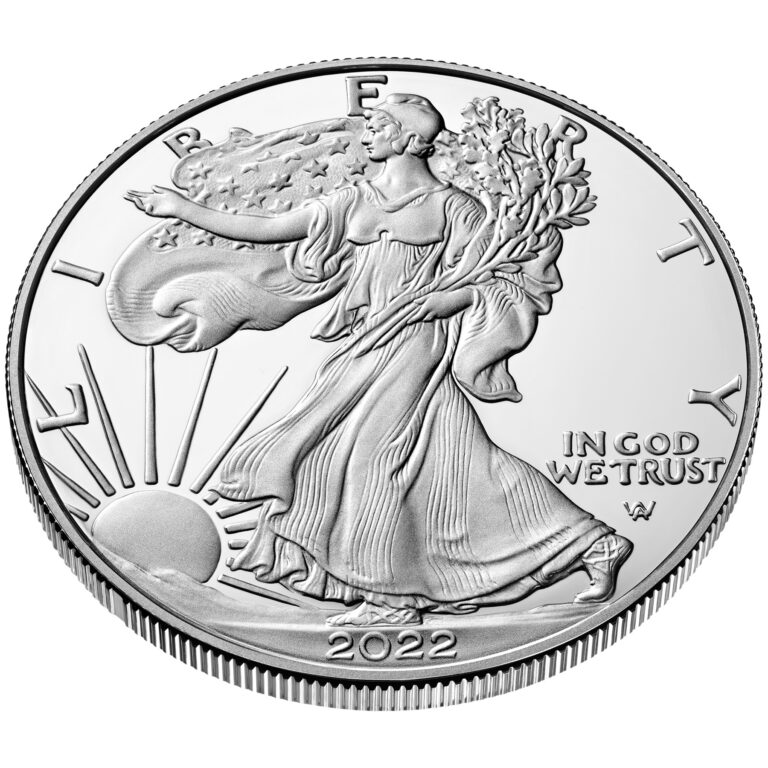 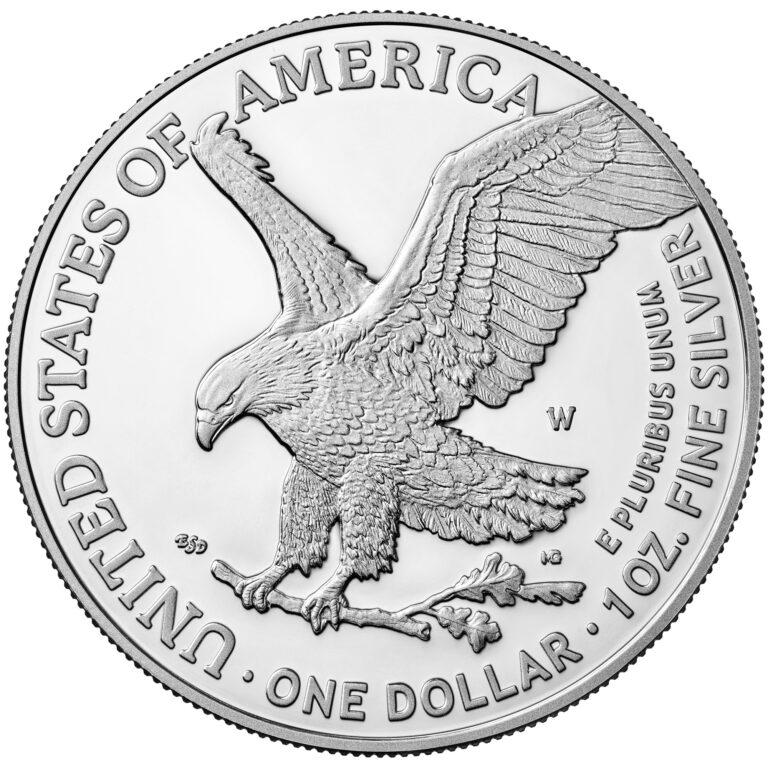 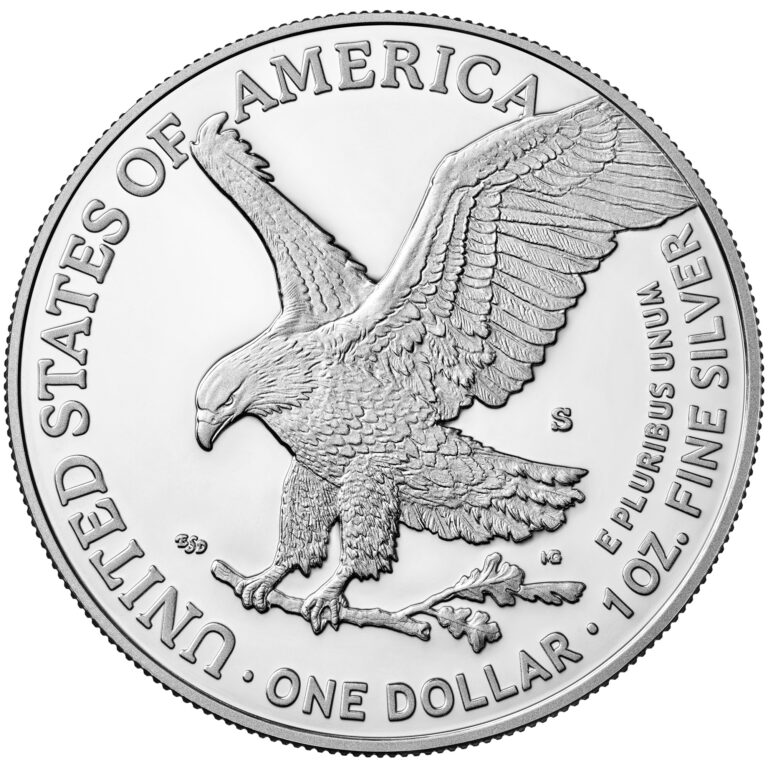 The obverse design of the American Eagle Silver Proof Coins is based on Adolph A. Weinman’s 1916 Walking Liberty half dollar. In 2021, the U.S. Mint marked the 35th anniversary of the American Eagle Coin Program with a refreshed design. Thanks to technological advancements in the design and minting process, the design now encompasses some of Weinman’s original details that were not previously possible. The design also adds his traditional artist mark.

Since 2021, the reverse shows an eagle coming in for a landing, carrying an oak branch as if to add it to a nest. To give the new coins an added level of security, they have also been updated with enhanced security features, including a reeded edge variation.

From 1986 to 2021, the reverse depicted a heraldic eagle with a shield, grasping an olive branch in the right talon and arrows in the left. The design, by John Mercanti, symbolized strength and endurance.

The obverse shows a refreshed depiction of Adolph A. Weinman’s full-length figure of Liberty in full stride, enveloped in folds of the flag. Her right hand is extended and she carries laurel and oak branches in her left. The design also includes Weinman's traditional artist mark.

The reverse features, since 2021, an eagle as it approaches a landing. It carries an oak branch, as if to add it to a nest.