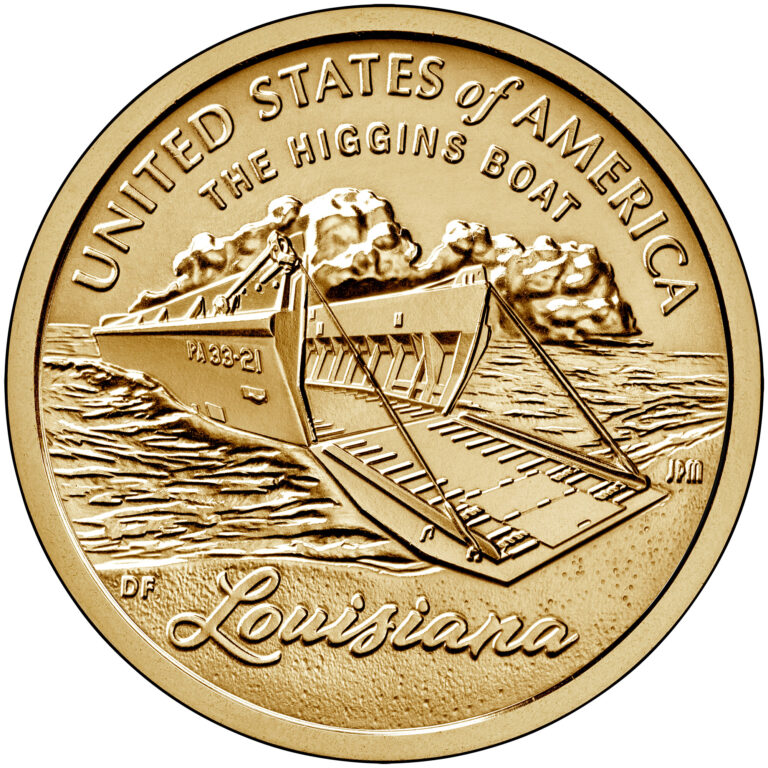 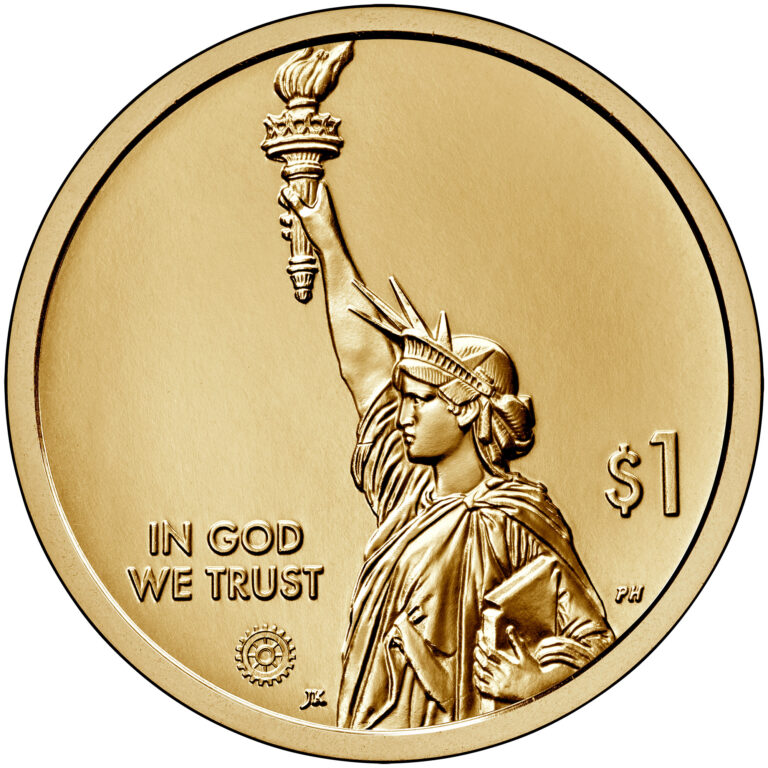 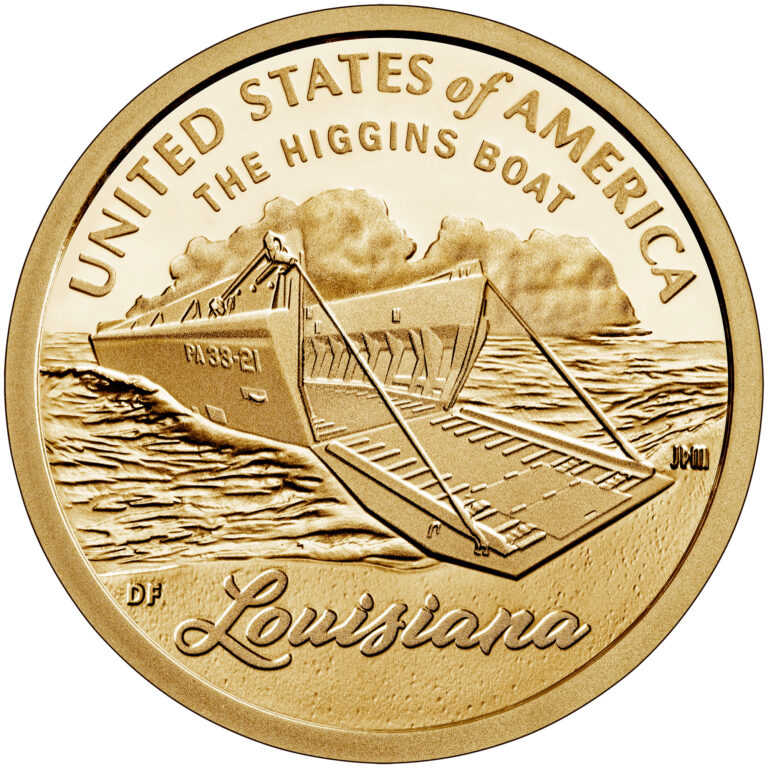 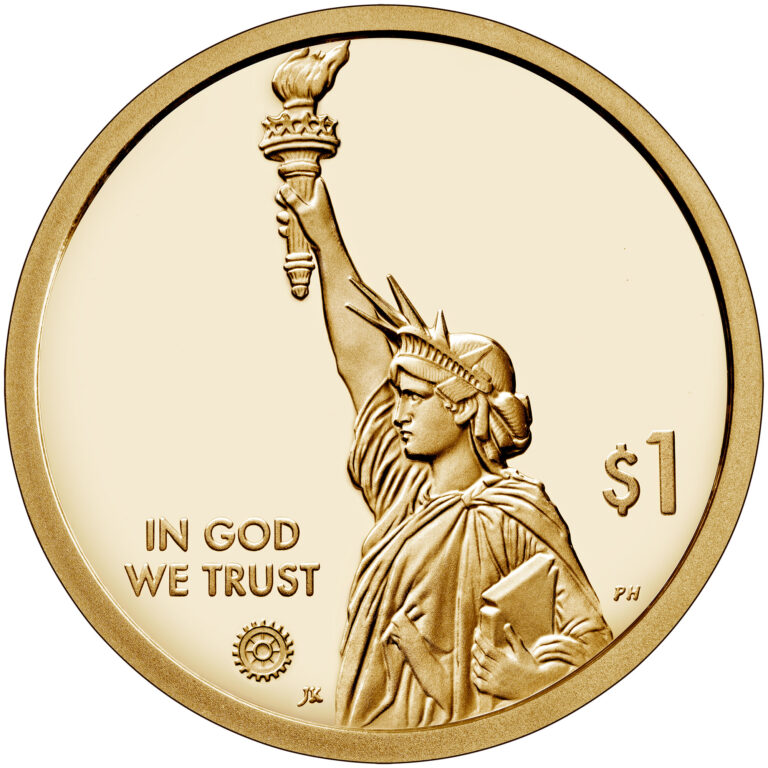 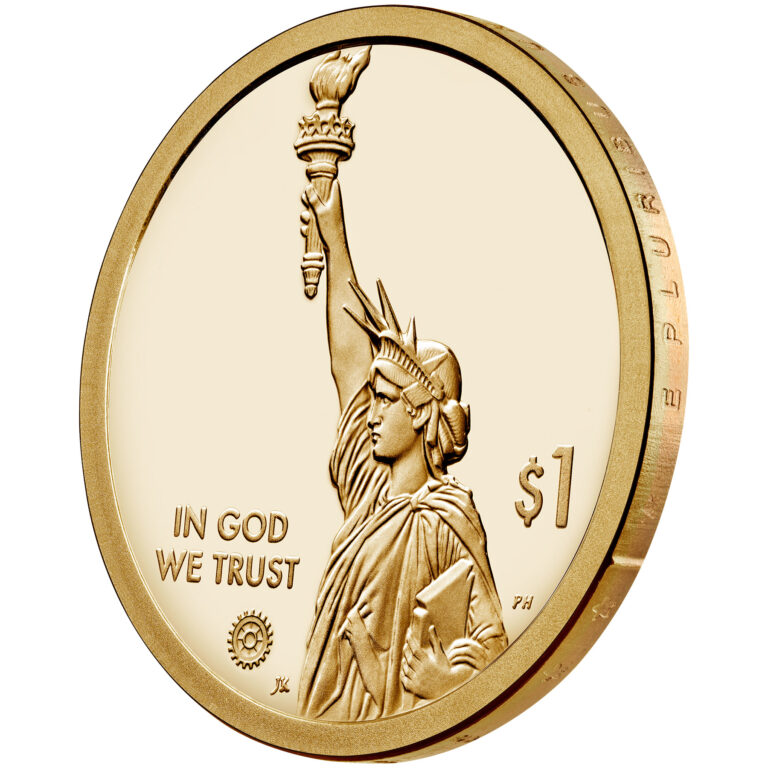 The American Innovation $1 Coin representing Louisiana recognizes the invention of the Higgins Boat. The Landing Craft, Vehicle and Personnel (LCVP), or Higgins Boat, is credited with helping the Allies win World War II.

In 1938, the U.S. Navy and Marine Corps began testing a boat designed by Andrew Jackson Higgins of Higgins Industries in New Orleans, Louisiana. Higgins took inspiration from boats designed to navigate Louisiana marshes and swamps. The Higgins Boat was flat-bottomed with a ramp at the front. It was constructed partly of plywood to save money and steel. With the ability to maneuver in only 10 inches of water, the Higgins Boat allowed for military personnel, equipment, and small vehicles to easily unload onto an open beach through the landing ramp.

Higgins Industries made more than 23,000 LCVPs in New Orleans during World War II.

The reverse (tails) design depicts a Higgins Boat as it would have been deployed during World War II with its innovative landing ramp open against a beach.