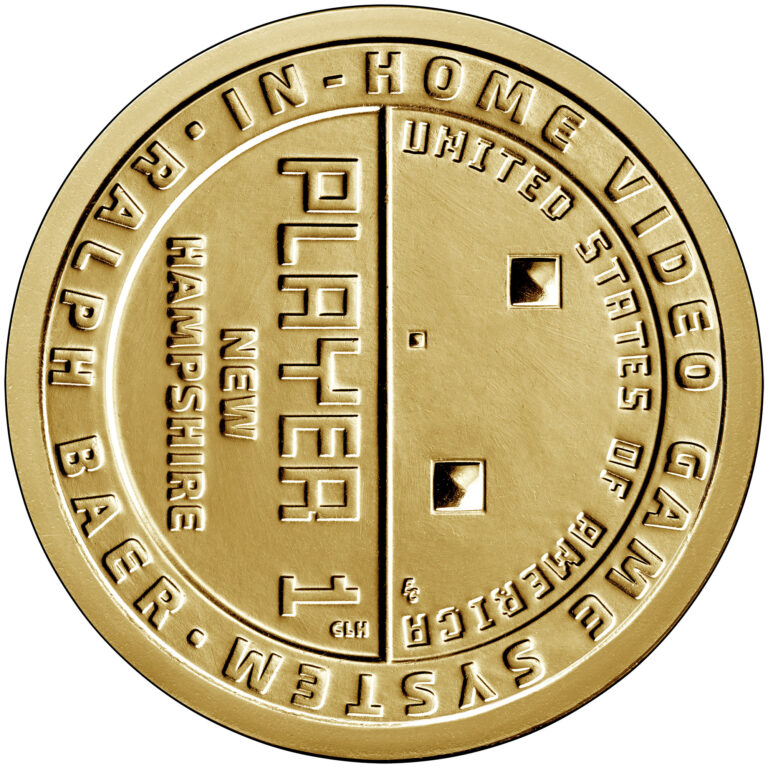 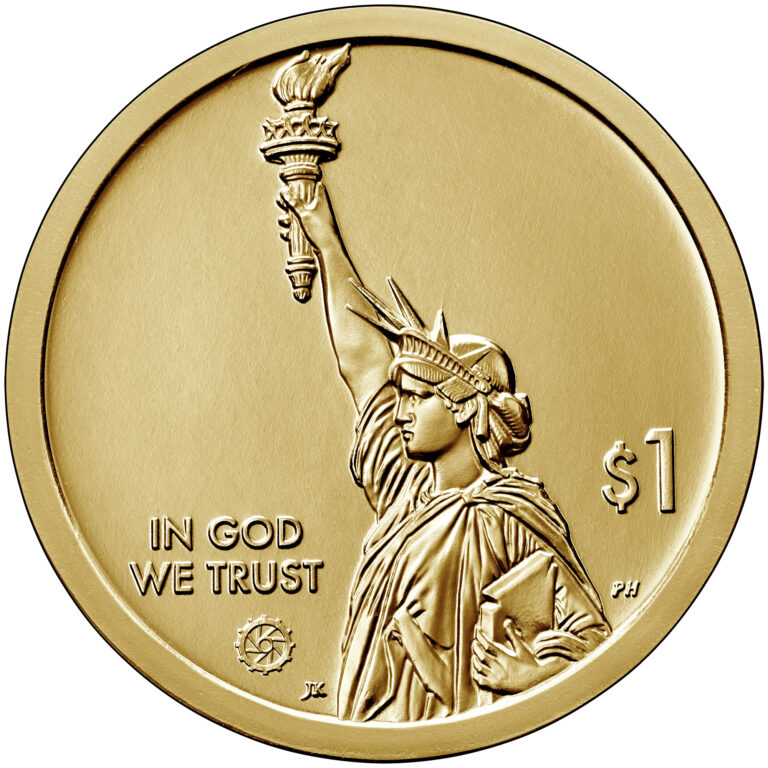 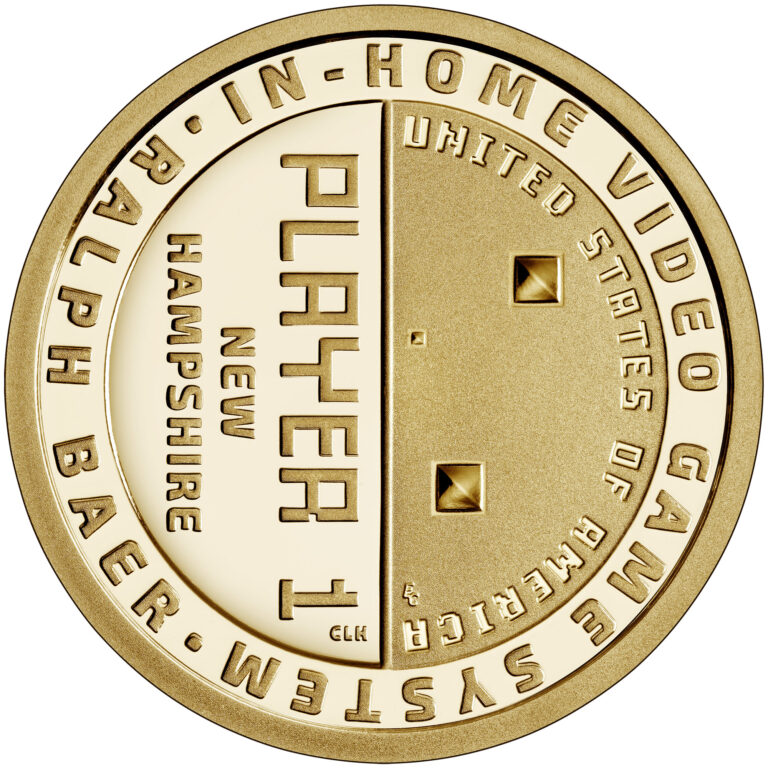 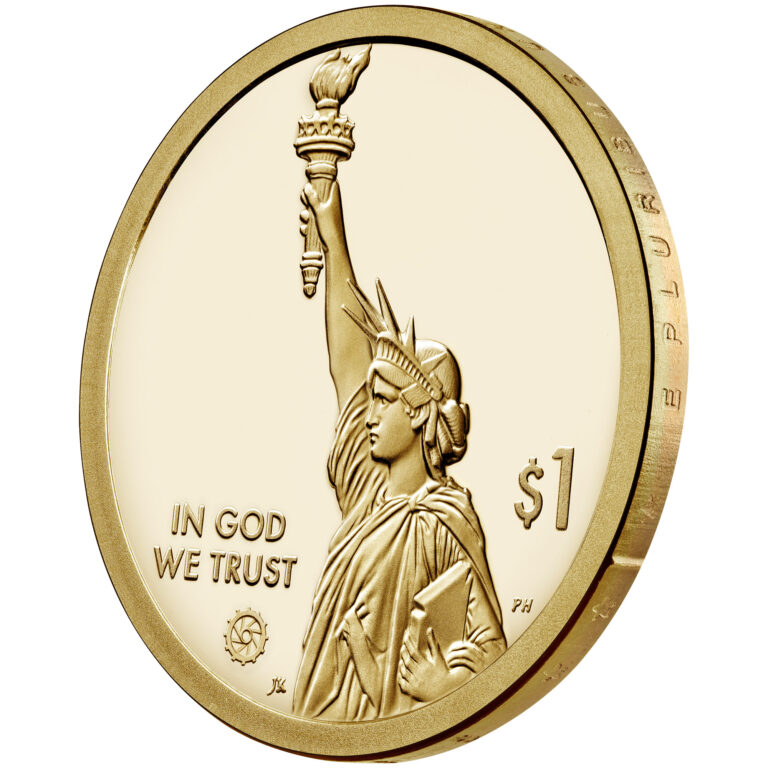 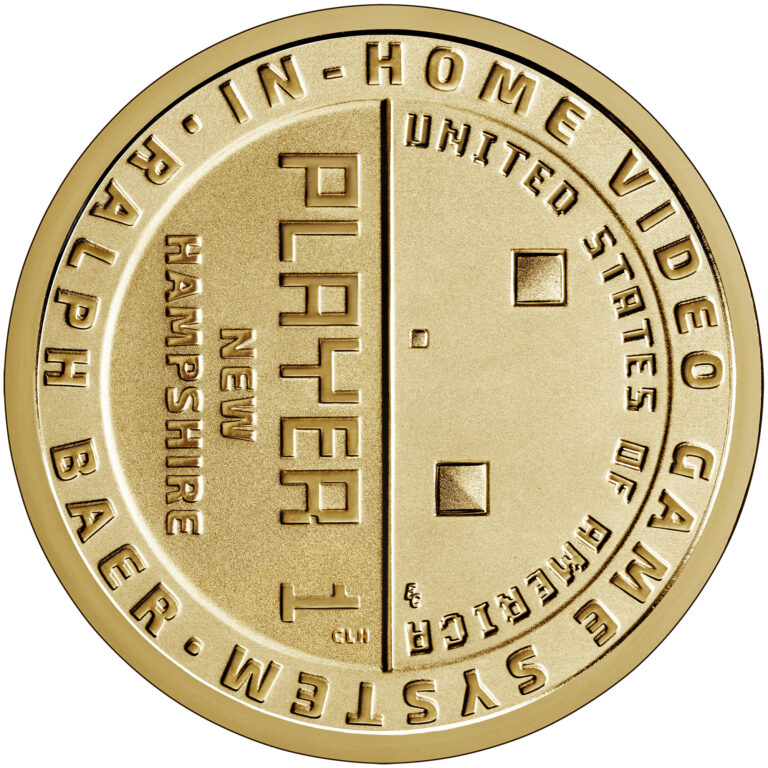 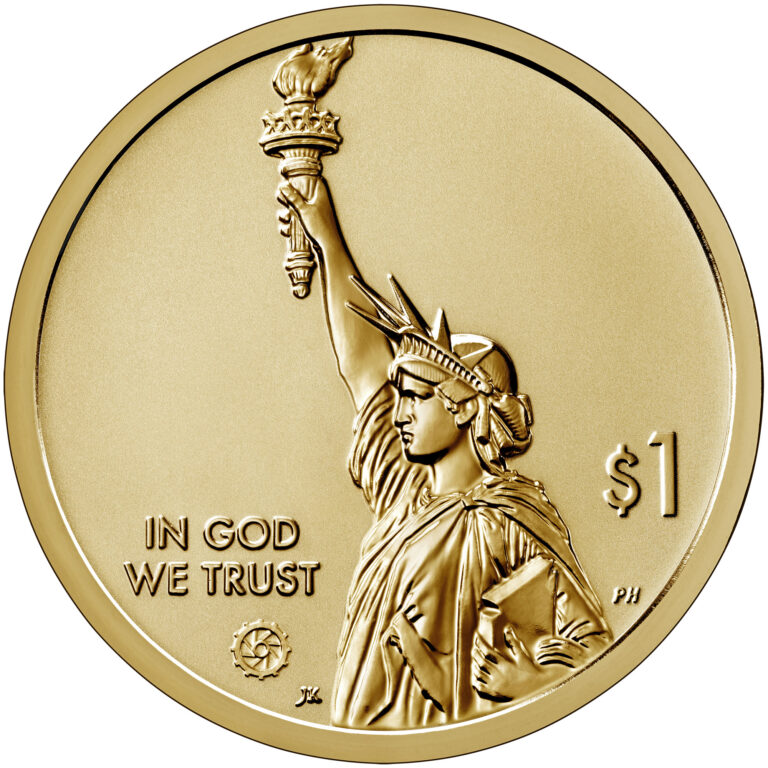 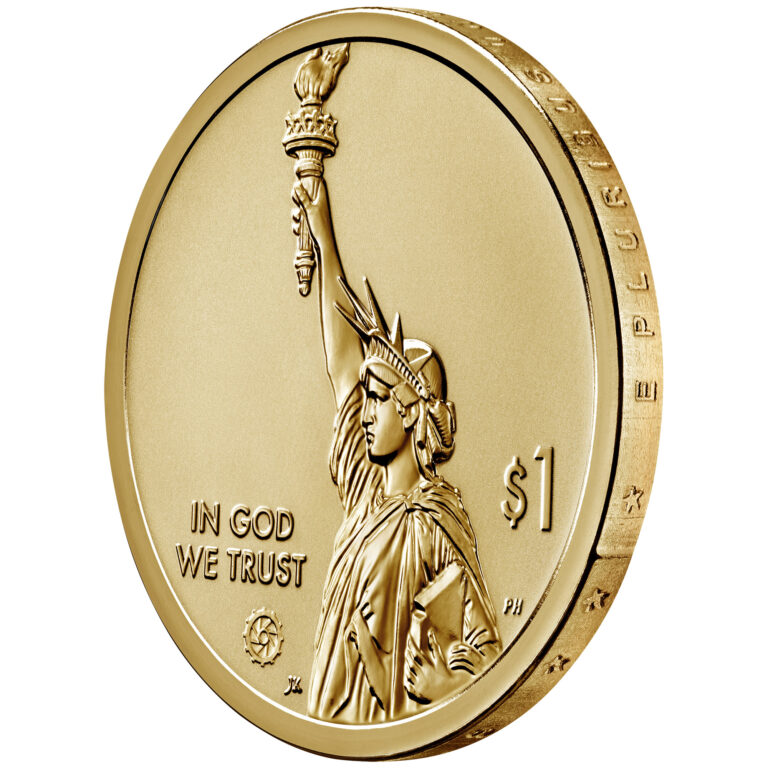 The American Innovation $1 Coin representing New Hampshire recognizes the invention of the first home video game console by Ralph Baer. In 1966, Baer began investigating how to play games on a television. He and his team developed the “Brown Box,” a prototype for the first multi-player, multi-program video game system, which paved the way for all video game systems that followed. Baer is recognized as “The Father of Video Games.”