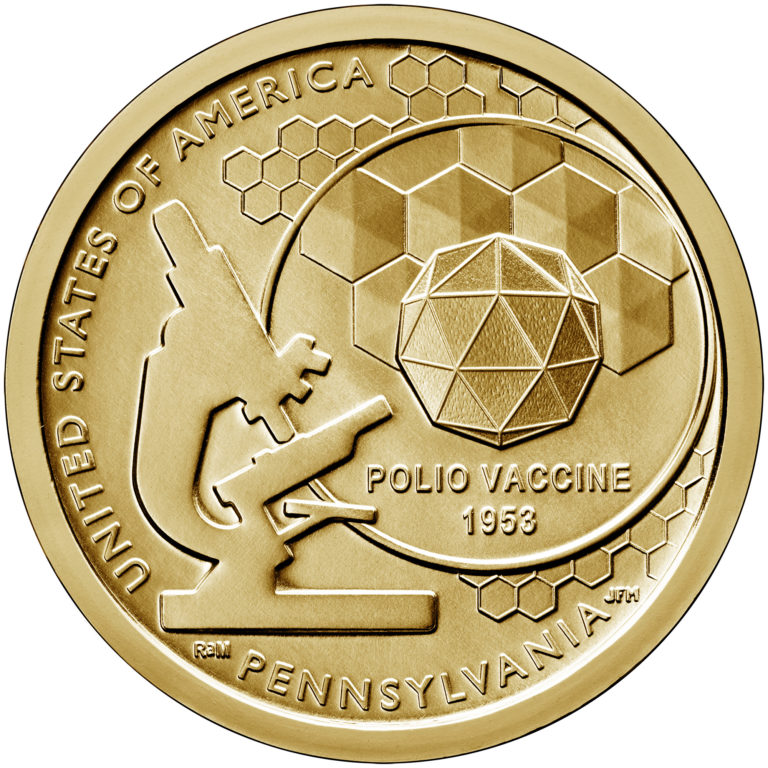 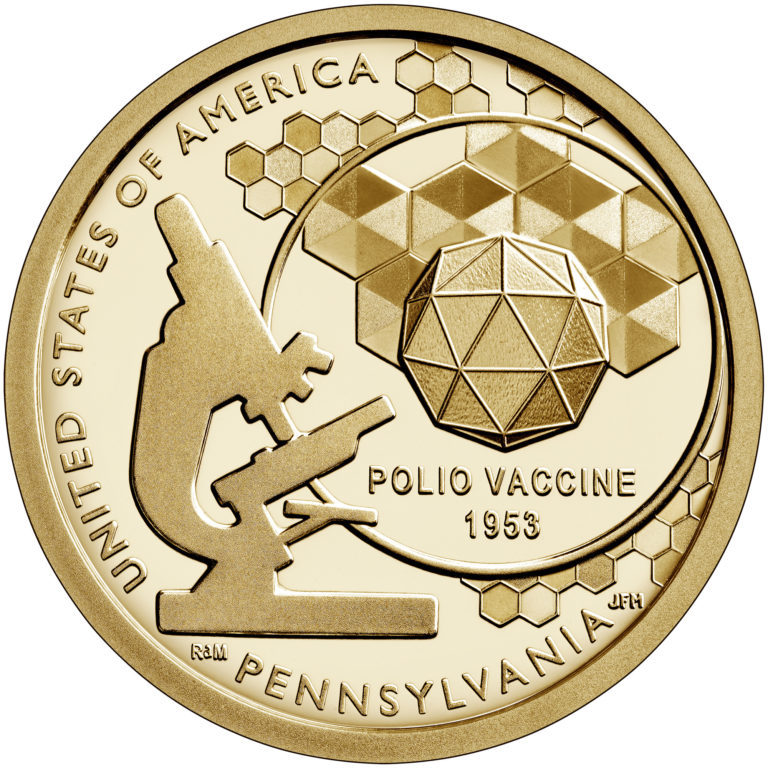 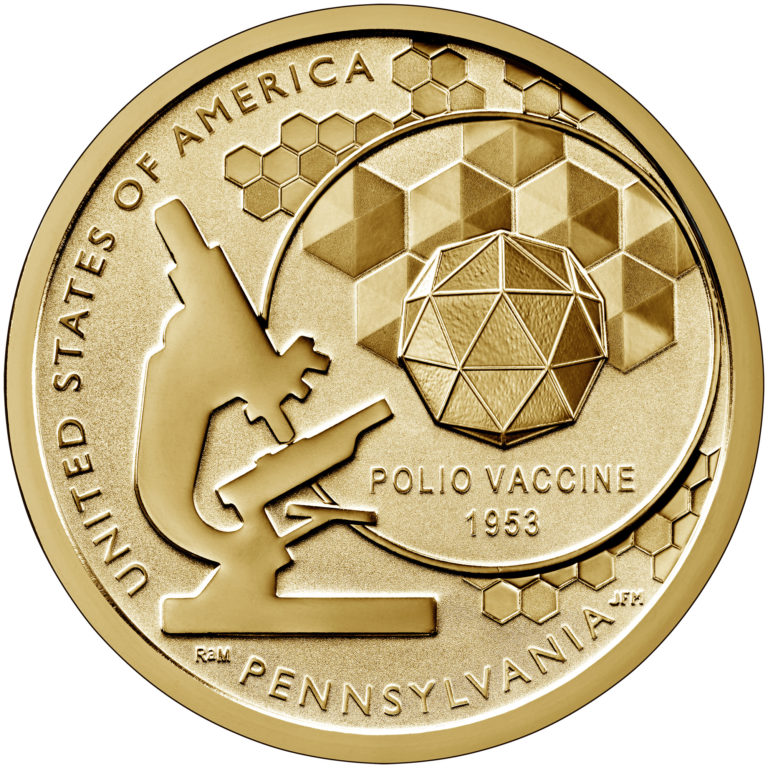 The American Innovation $1 Coin representing Pennsylvania honors the discovery of the polio vaccine in 1953 by Dr. Jonas Salk and his team.

In 1947, the University of Pittsburgh hired Dr. Jonas Salk to develop a polio vaccine. At the time, polio was a devastating disease disproportionately affecting children and young adults, leaving many of them paralyzed. In 1953, the university announced that Salk’s team had discovered a vaccine they believed could prevent the disease. After two years of clinical trials, the first of which were conducted in southwestern Pennsylvania, the vaccine was determined to be safe and effective. Its subsequent, widespread administration to millions of Americans effectively eliminated polio and helped usher in a new era of virology.

The discovery of the polio vaccine changed the landscape of growing up and living in America. Prior to the vaccine, the Nation was gripped with fear about the ravages of polio. Its discovery lifted spirits and helped return a sense of community and leisure to American families. An achievement hailed by the American Medical Association as “one of the greatest events in the history of medicine.”

The reverse (tails) design depicts an artist’s conception of the polio virus at three different levels of magnification along with the silhouette of a period microscope, representing the extensive research that was conducted to develop a cure for polio.