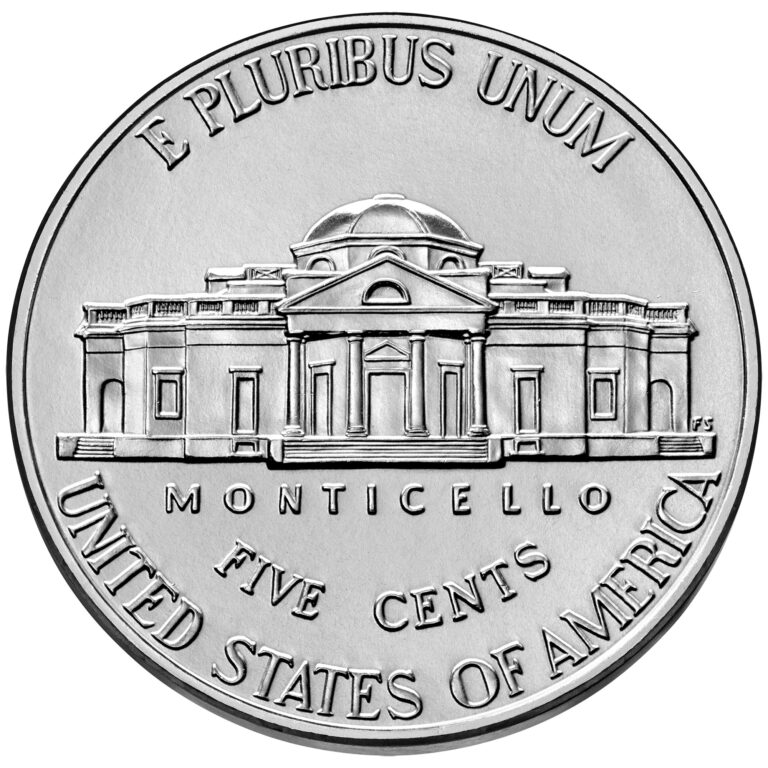 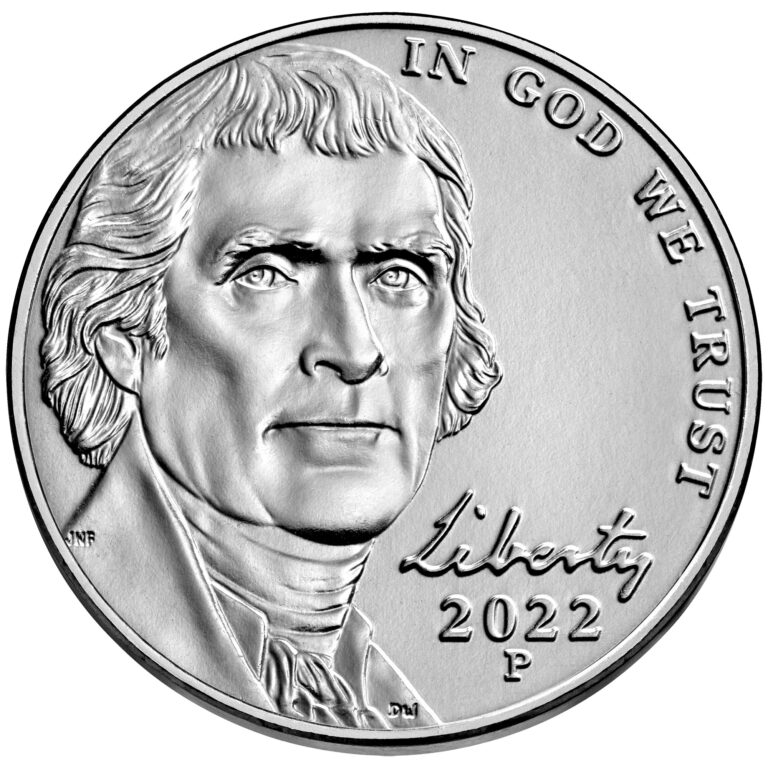 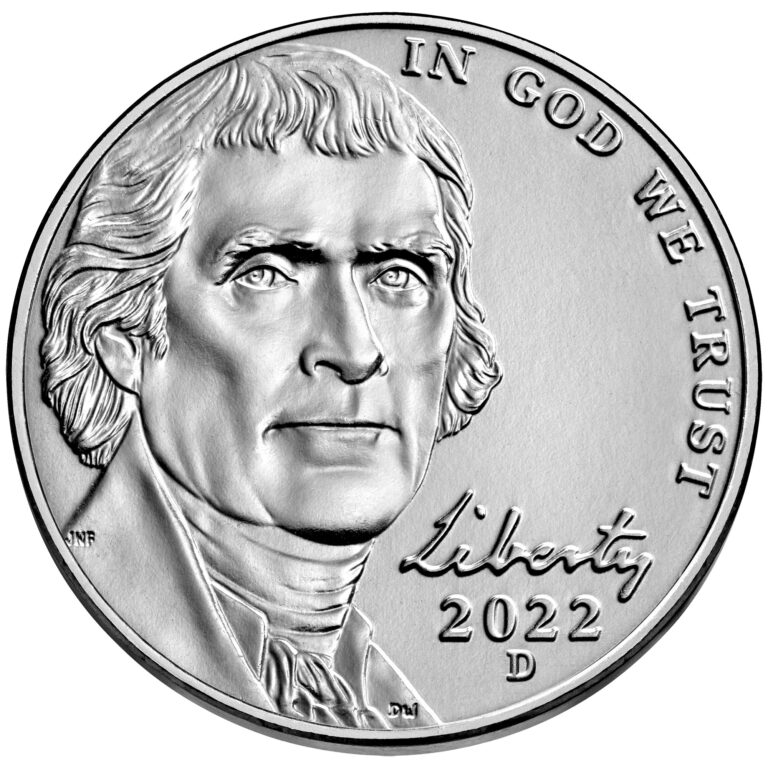 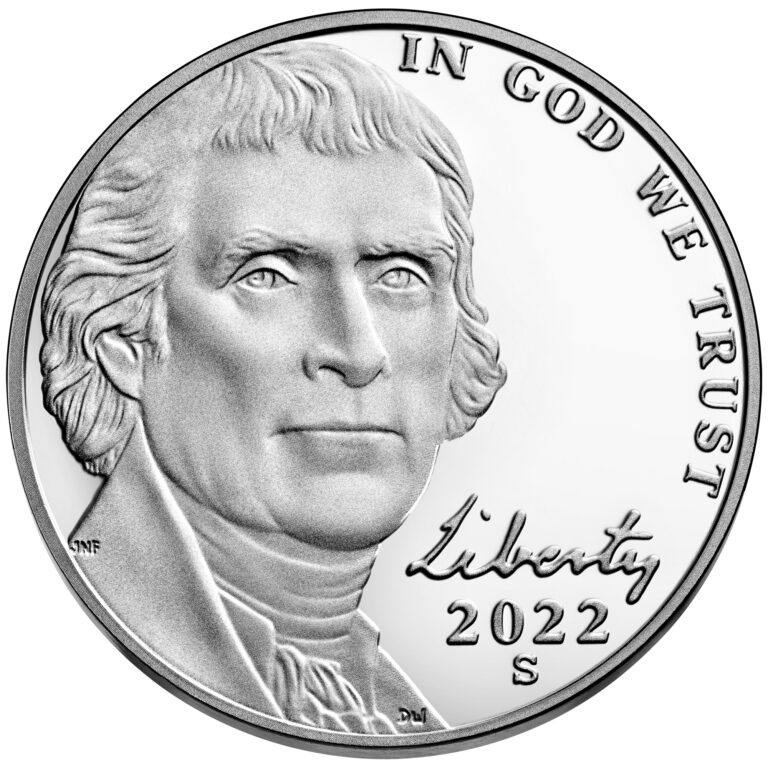 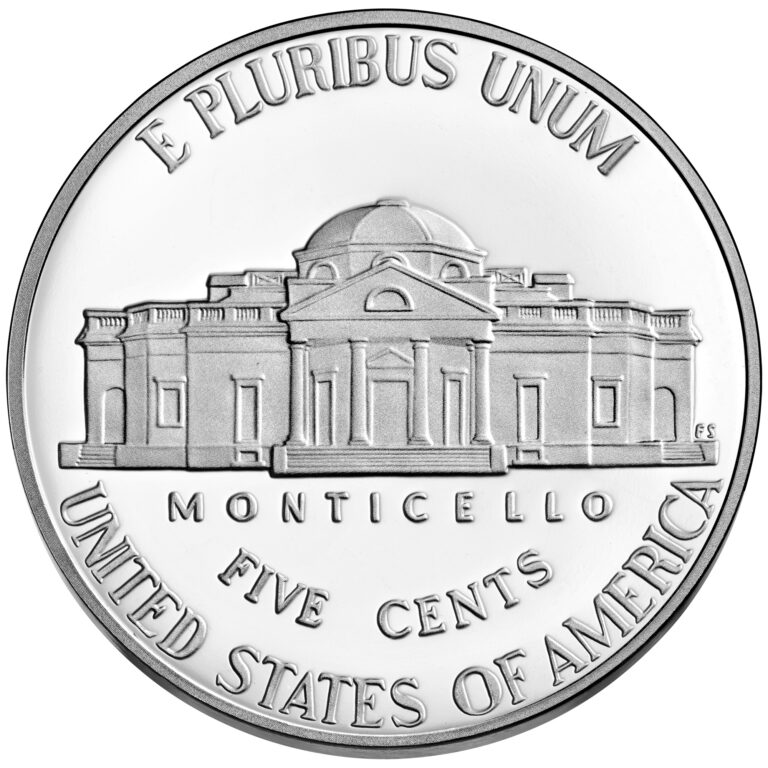 The “Return to Monticello” theme is the current design of the U.S. five-cent coin. The U.S. Mint first issued this design in 2006. The obverse (heads) shows an image of Thomas Jefferson based on a Rembrandt Peale portrait. The image of Monticello on the reverse (tails) is a more detailed depiction of the design used from 1938 to 2003.

The first five-cent coin made by the U.S. Mint was silver, not nickel. This silver five-cent coin was called a “half disme” (pronounced “dime”) and was much smaller than today’s nickel. The designs from 1794 to 1837 featured Liberty on the obverse and an eagle on the reverse. In 1837, a wreath design replaced the eagle.

In 1866, the Mint produced new five-cent coins made of nickel and copper, which people called “nickels”. The Mint continued making the smaller silver half dime until 1873.

From 1913 to 1938, the Mint produced the iconic “Buffalo” nickel, designed by James Earle Fraser. The obverse showed the bust of a Native American chief, and the reverse depicted an American bison.

Jefferson took his place on the obverse of the nickel in 1938 with Monticello, his Virginia home, on the reverse. These designs, both by Felix Schlag, continued until 2003. In 2004, the Mint commemorated the bicentennials of the Louisiana Purchase and Lewis and Clark Expedition with the Westward Journey Nickel Series.

Obverse (heads): Shows, since 2006, the Thomas Jefferson likeness based on a Rembrandt Peale portrait completed in 1800. Peale’s portrait was the basis for most of the images of Jefferson made during his lifetime.

Reverse (tails): Features the classic rendition of Monticello originally made by artist Felix Schlag in 1938, but with greater detail and relief added in the dome, balconies, door, and windows.