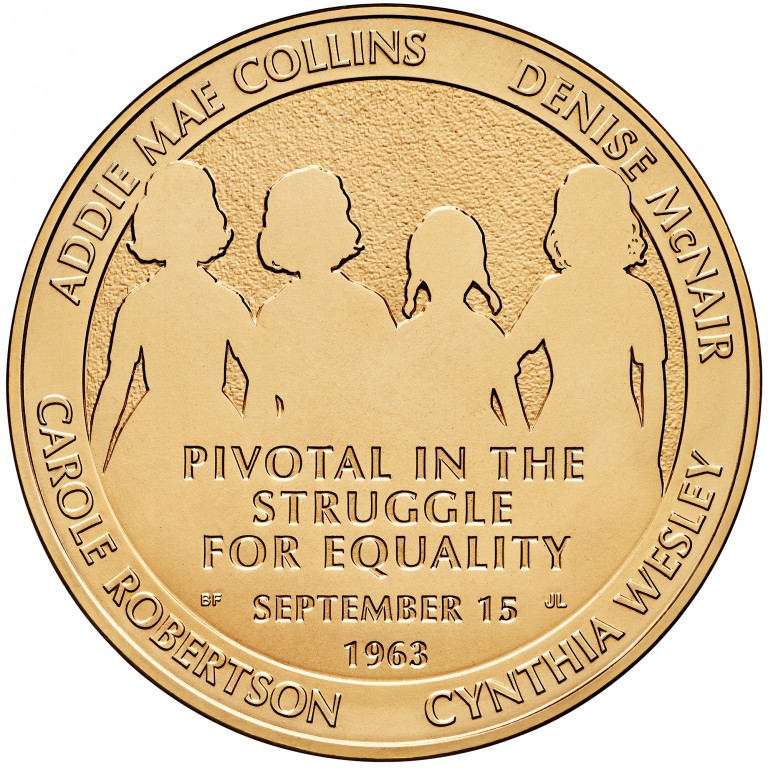 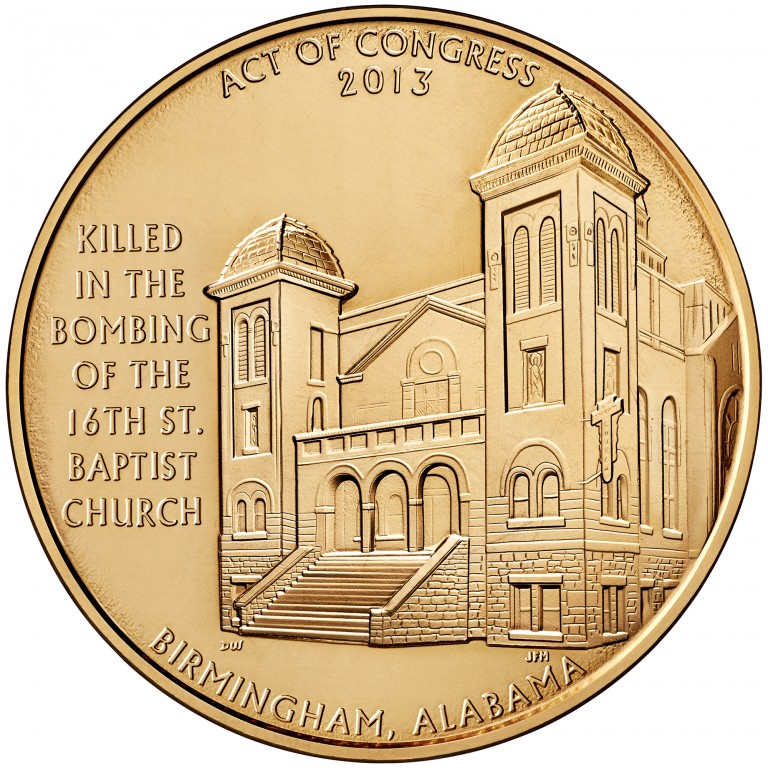 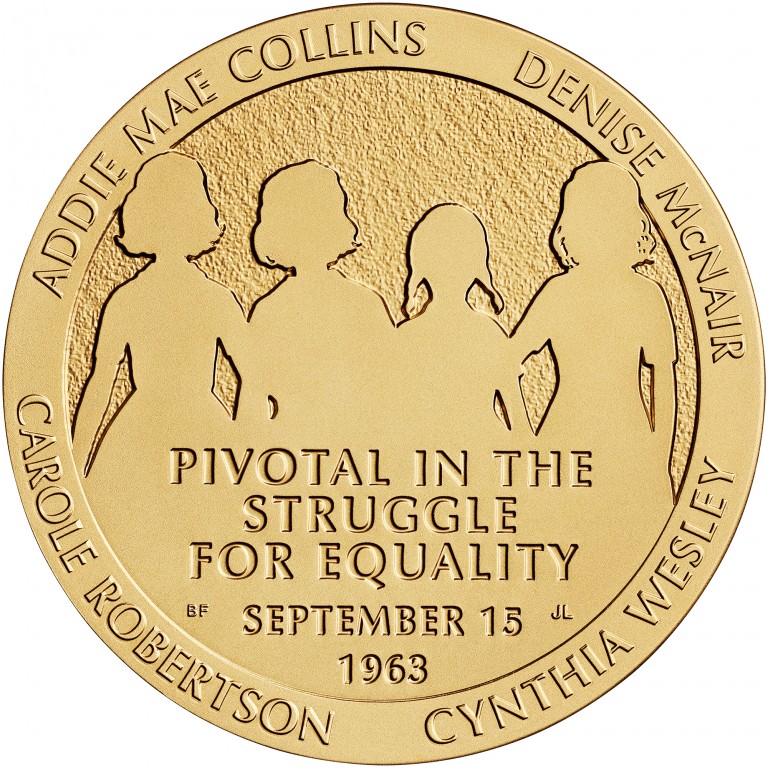 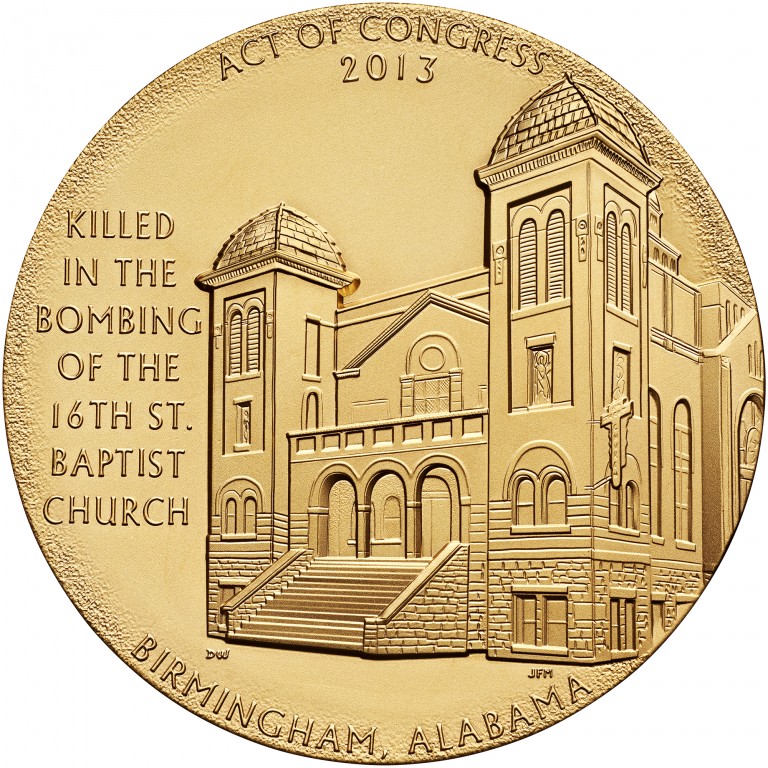 The 16th Street Baptist Church Bombing Victims Bronze Medal is a duplicate of the Congressional Gold Medal awarded to commemorate the lives of:

Fifty years ago, the senseless and premature death of these four little black girls at the 16th Street Baptist Church in Birmingham, Alabama, galvanized the civil rights movement and sparked a surge of momentum that helped secure enactment of both the Civil Rights Act of 1964 and Voting Rights Act of 1965. On that tragic Sunday, September 15, 1963, the world took notice of the violence inflicted in the struggle for civil rights—that four innocent children lost their lives as they prepared for Sunday school shook the world’s conscience.

The 16th Street Baptist Church remains a powerful symbol of the movement for civil and human rights, and the ultimate sacrifices made by Addie Mae Collins, Denise McNair, Carole Robertson and Cynthia Wesley are emblematic of many others who have lost their lives for the causes of freedom and equality. Their legacy will live on for generations to come.

The designs for the 16th Street Baptist Church Bombing Victims Congressional Gold Medal and bronze duplicates were selected by the Secretary of the Treasury in consultation with the Birmingham Civil Rights Institute, the U.S. Commission of Fine Arts and the Citizens Coinage Advisory Committee.

The obverse (heads side) features the silhouette of four young girls, representing those killed on September 15, 1963. The victims' names are inscribed around the border of the design.

The reverse (tails) depicts a view of the 16th Street Baptist Church.