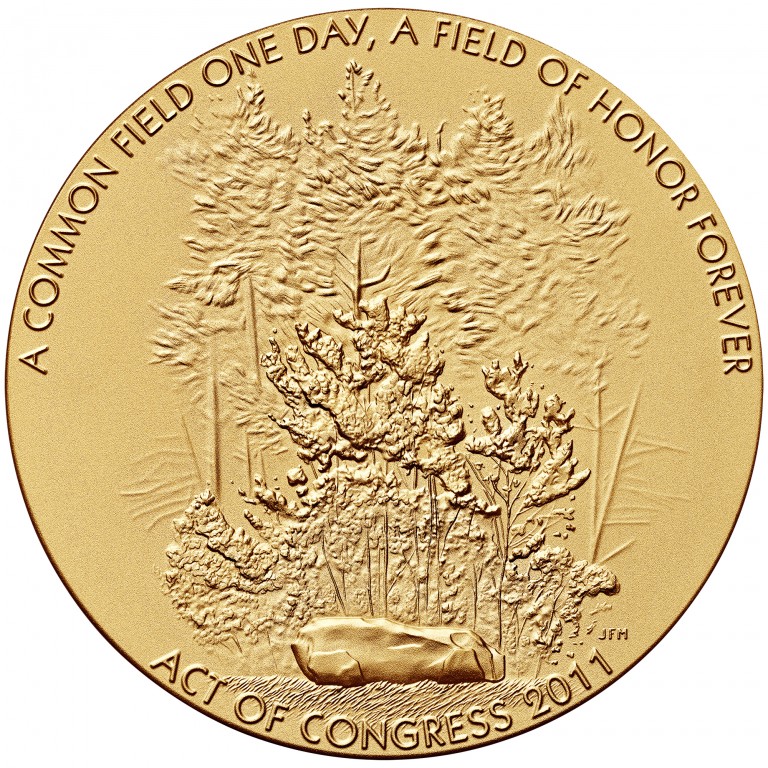 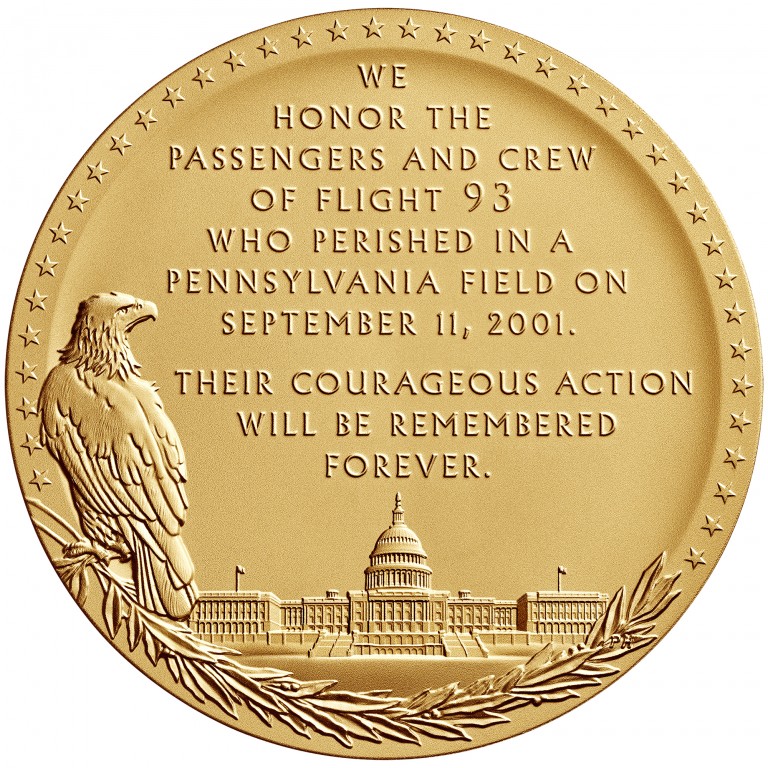 The obverse features the hemlock groves behind the memorial boulder at the Flight 93 Memorial, a simple reminder of loss and healing.

The reverse features 40 stars on a raised border around the edge of the design, one star for each victim.