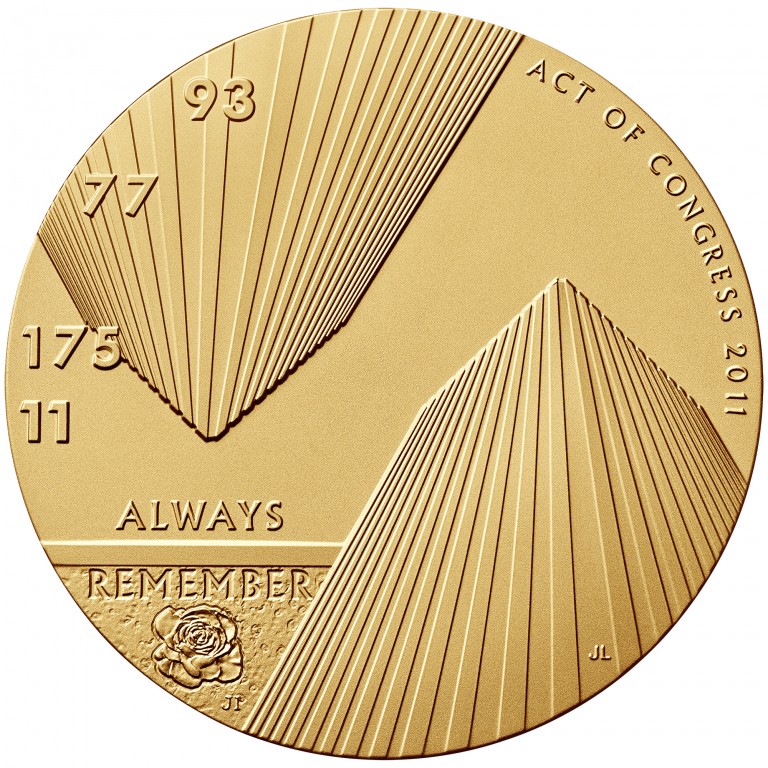 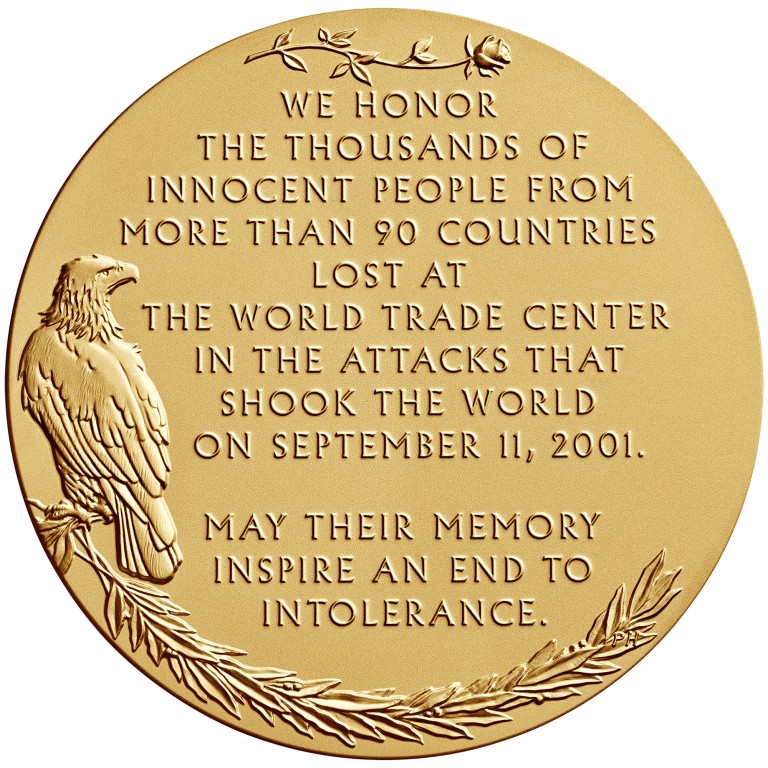 The obverse (heads side) features an abstract representation of two towers. The abstract lines flowing downward symbolize loss while the lines moving upward represent rising above, hope, and deliverance from that loss. This configuration also suggests the Twin Towers. The numbers 93, 77, 175, and 11 represent the four planes involved in the tragic events of 9/11 and are positioned as if on a clock, representing the times of the crashes. The words "Always Remember" are set upon a stone wall similar to the wall that bears the names of the victims at the memorial.

The reverse (tails side) features a single rose protruding from an edge at the top, an echo of the memorial in New York where a white rose is placed through the name of each victim on his or her birthday.