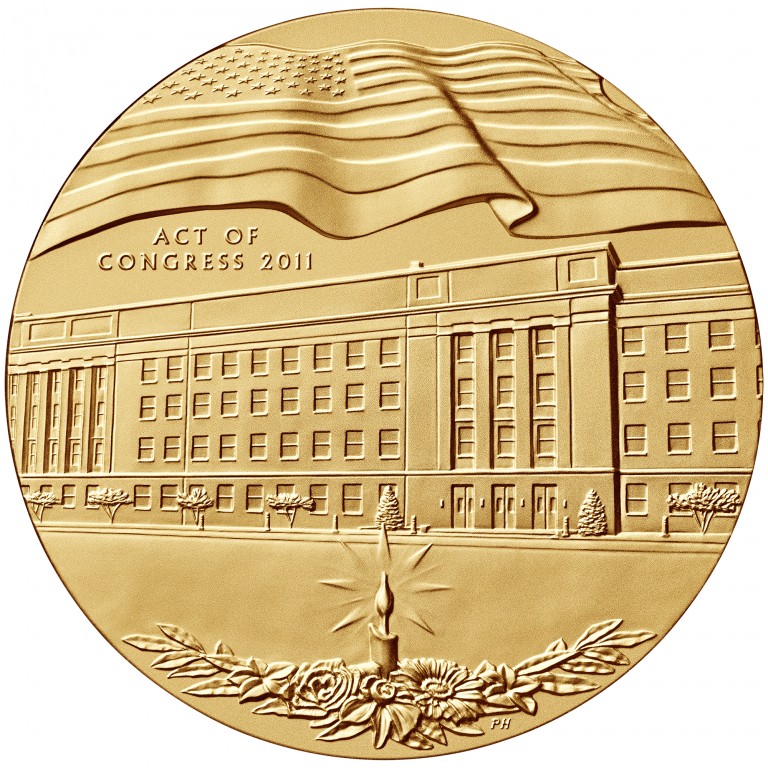 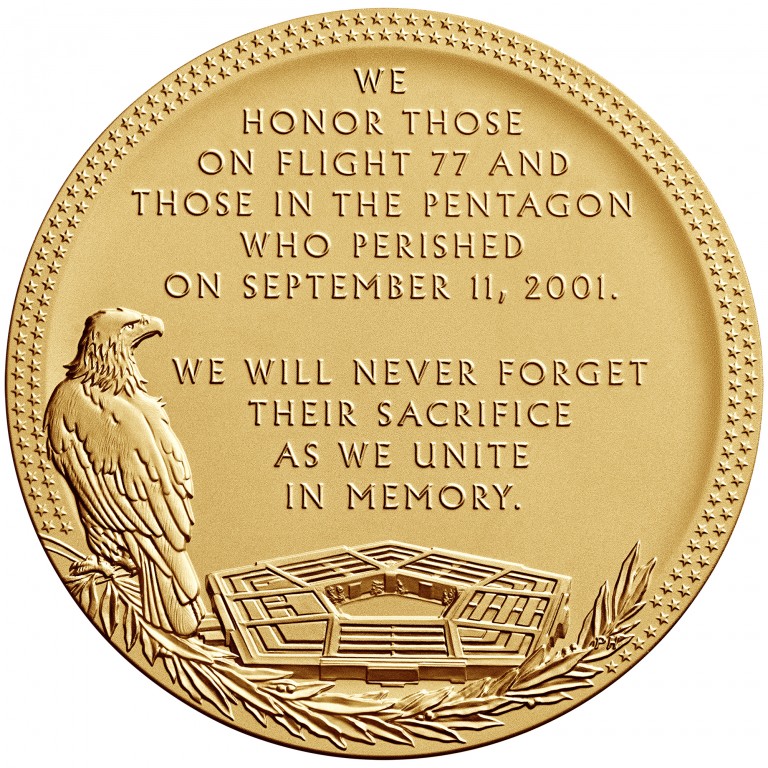 The obverse depicts the rebuilt facade of the Pentagon where Flight 77 crashed. The angle of view is the angle of the flight path. A single candle and a small bouquet of flowers and greens signify a sacred memorial at the site. The American flag flies overhead in a united and patriotic embrace.

The reverse features 184 stars on a raised border around the edge of the design, one star for each of the victims of the tragedy.