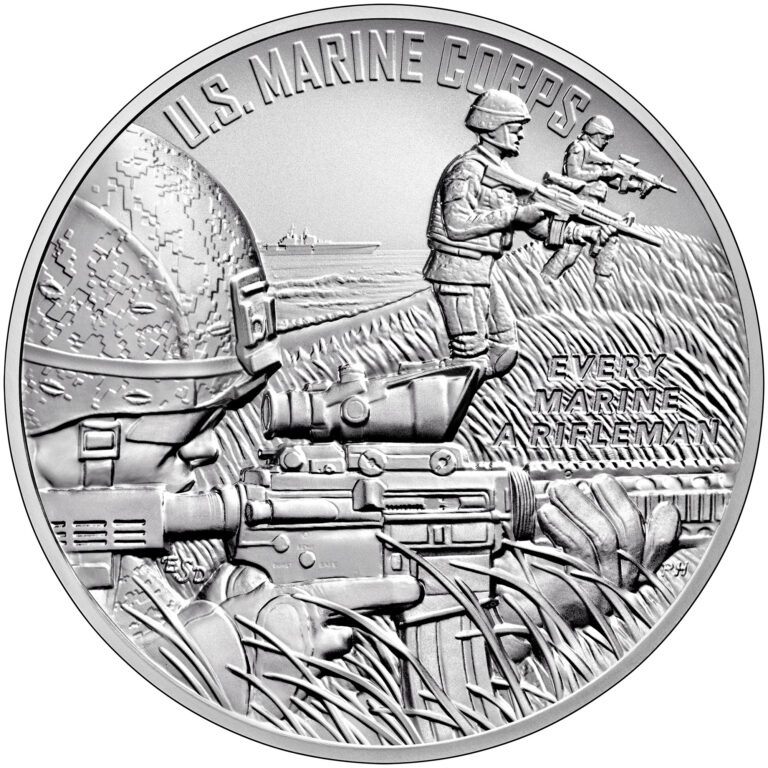 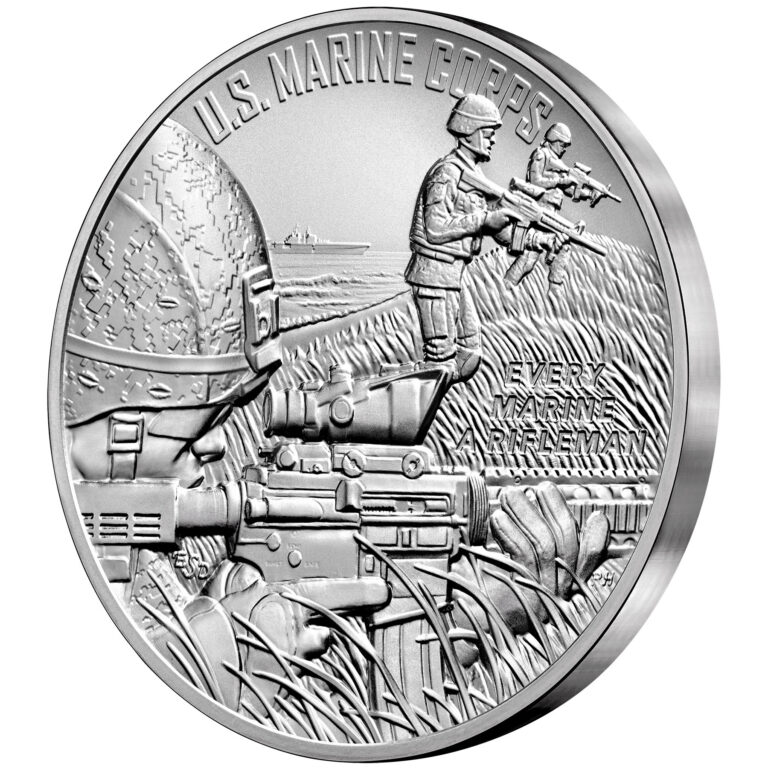 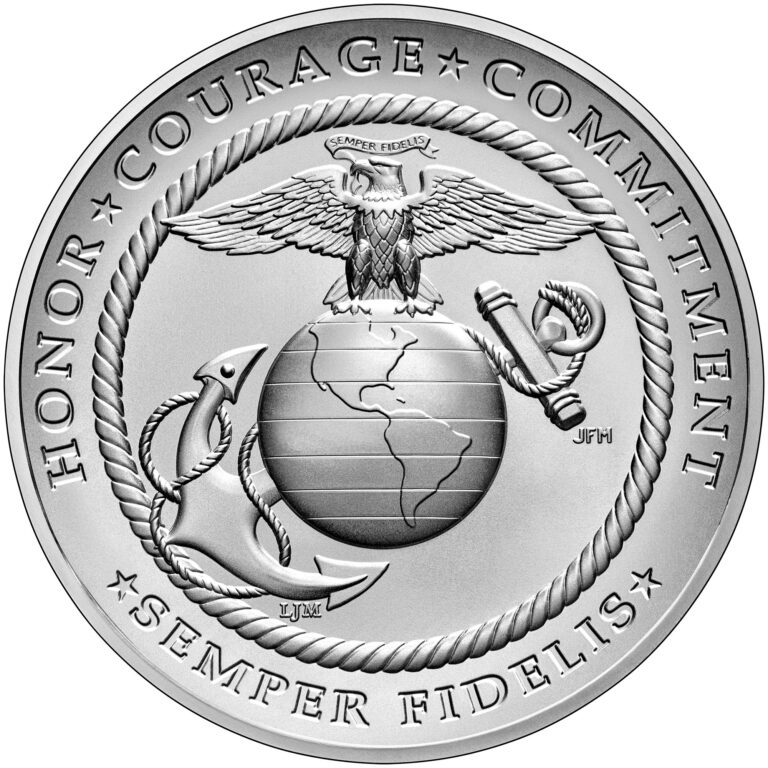 The obverse depicts three Marines with M4 rifles moving ashore just after an amphibious landing. In the foreground, one of the Marines lies hidden in the grass, providing cover for the other two about to crest the hill, while a U.S. warship is seen in the distance.

The reverse depicts the familiar Marine Corps Eagle, Globe, and Anchor emblem encircled by a rope border. Its core values, “HONOR,” “COURAGE,” and “COMMITMENT,” and the Marine Corps motto “SEMPER FIDELIS” (Always Faithful) are inscribed around the outer border.