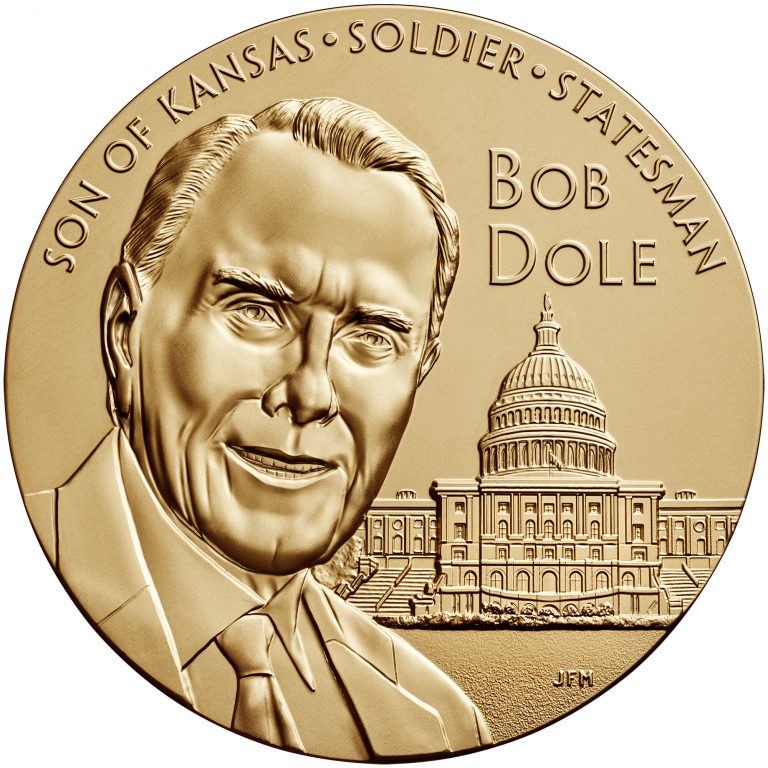 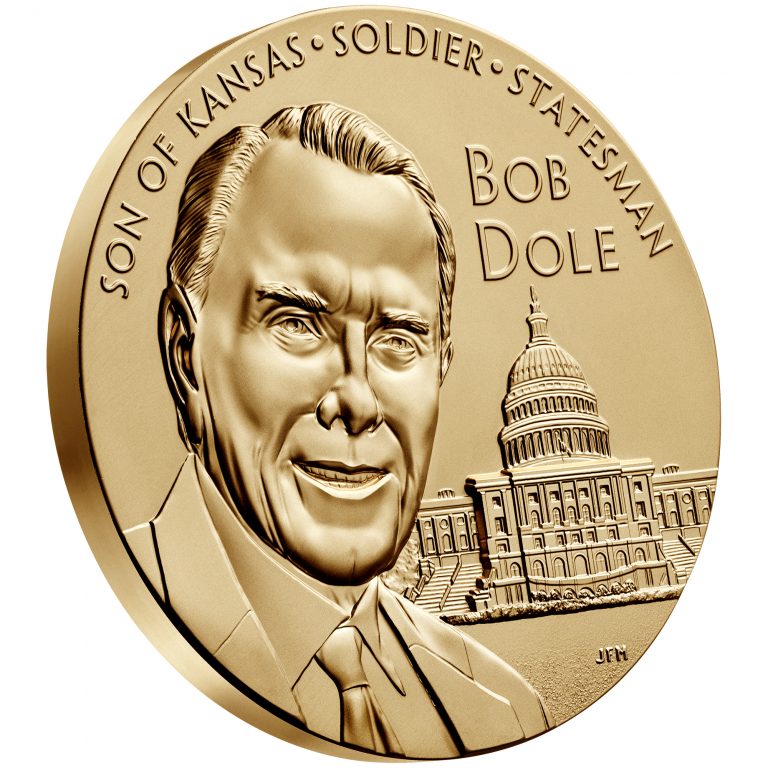 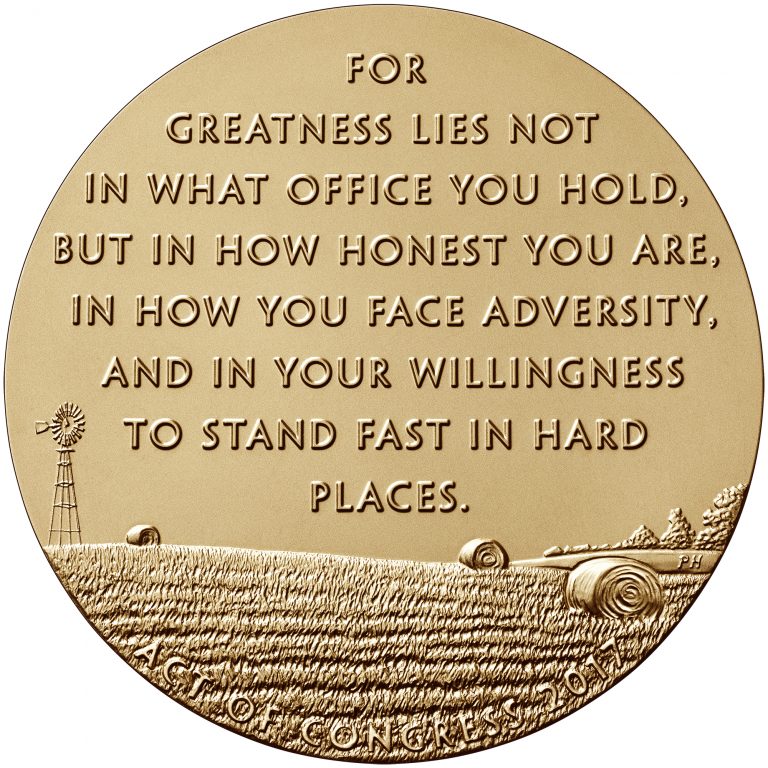 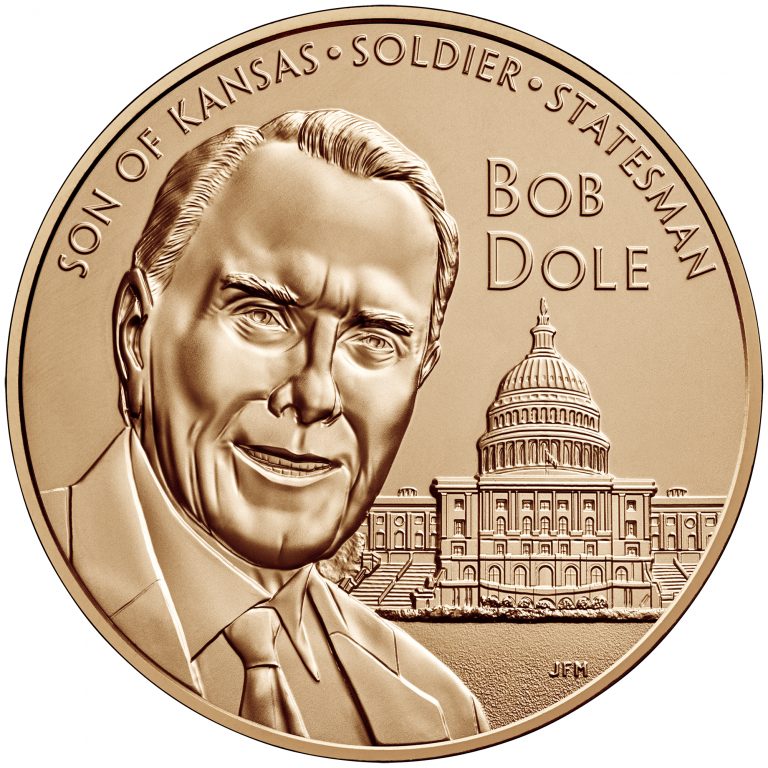 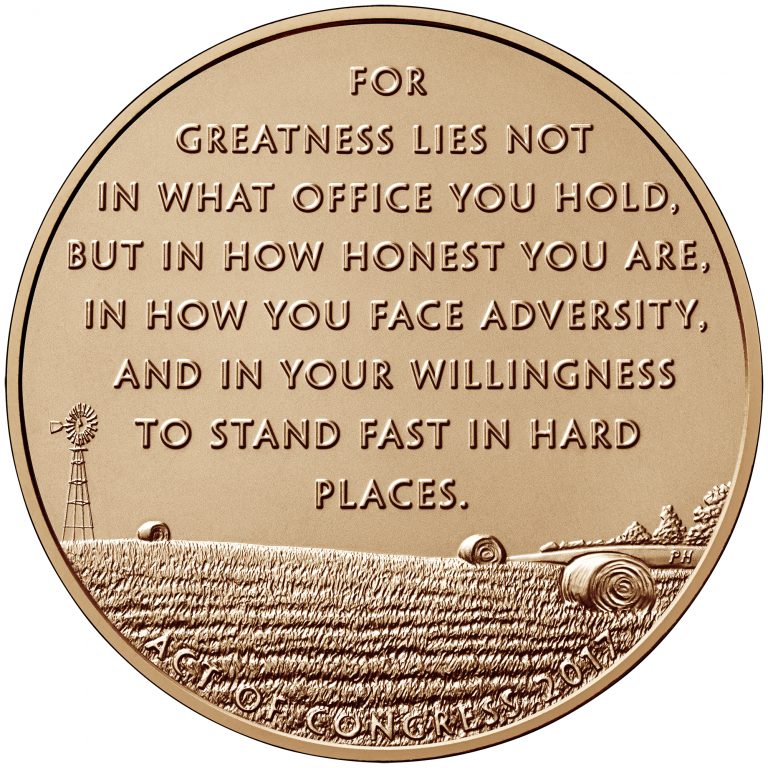 This medal is a bronze replica of the Congressional Gold Medal presented to Bob Dole in recognition of his service to the nation as a soldier, legislator, and statesman.

Bob Dole proudly served the people of Kansas in Congress for 36 years, both in the House of Representatives and in the Senate. During his time in office, he was known for his bipartisanship and his ability to “reach across the aisle,” which was illustrated by his work on the Americans with Disabilities Act. He was also a dedicated Army soldier during World War II, receiving two Purple Hearts and a Bronze Star with an Oak Cluster for his service. He also received an American Campaign Medal, a European-African Middle Eastern Campaign Medal, and a World War II Victory Medal.

Following his public career, Senator Dole became an advocate for the public good. Among other accomplishments, he served as National Chairman of the World War II Memorial Campaign, established the Robert J. Dole Institute of Politics at the University of Kansas to encourage bipartisanship in politics, and has been a life-long champion for the disabled.

The obverse (heads side) design of the medal features a portrait of Senator Bob Dole with the U.S. Capitol Building in the background.

The reverse (tails side) design depicts a Kansas wheat field below a quote from Senator Dole.