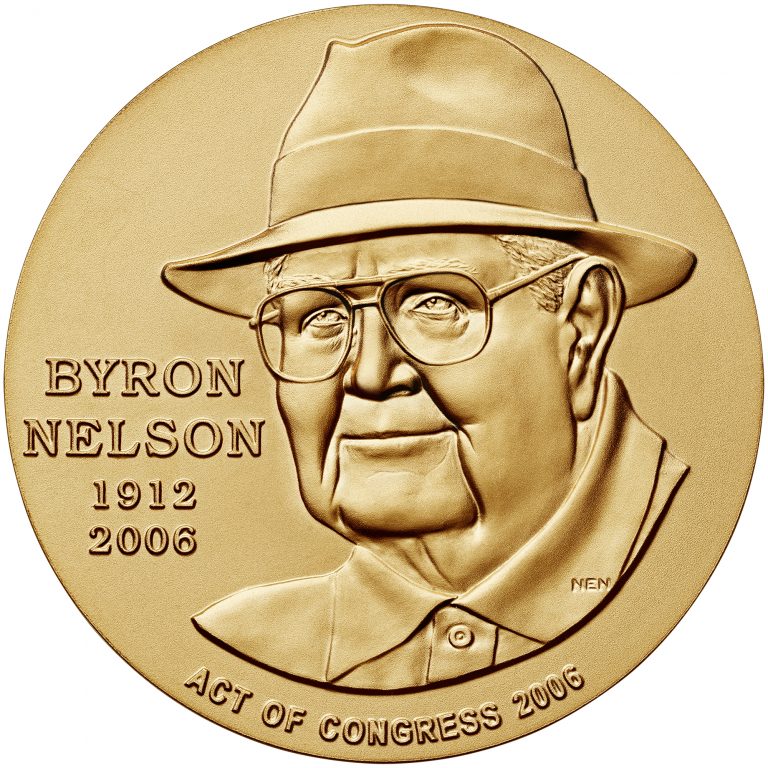 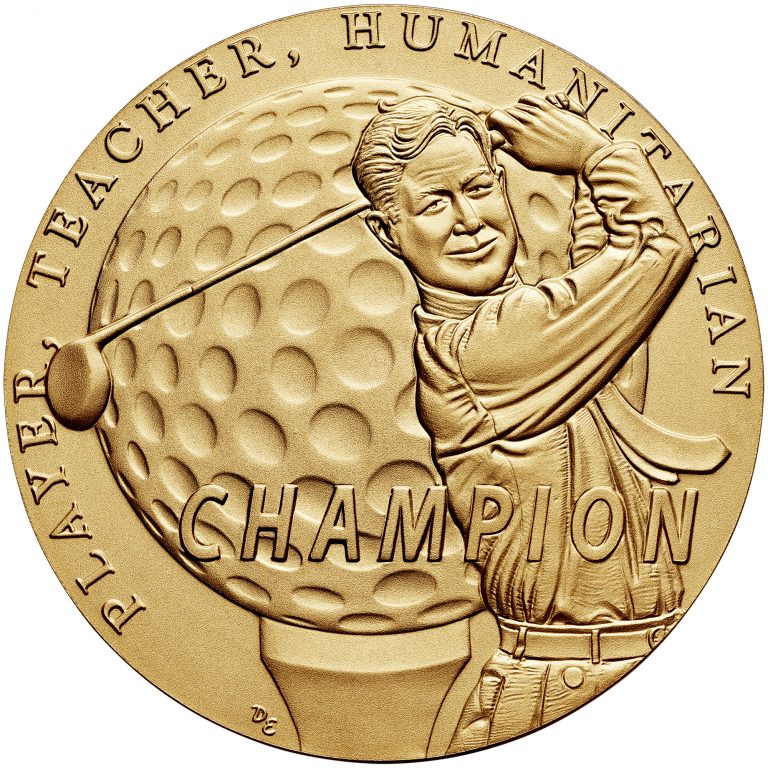 This medal is a bronze duplicate of the Congressional Gold Medal awarded to Byron Nelson in recognition for his significant contributions to the game of golf as a player, a teacher, and a commentator.

The obverse design features a portrait of Byron Nelson.

The reverse features a younger Nelson swinging a club. Behind him is a close-up view of a golf ball on a tee.