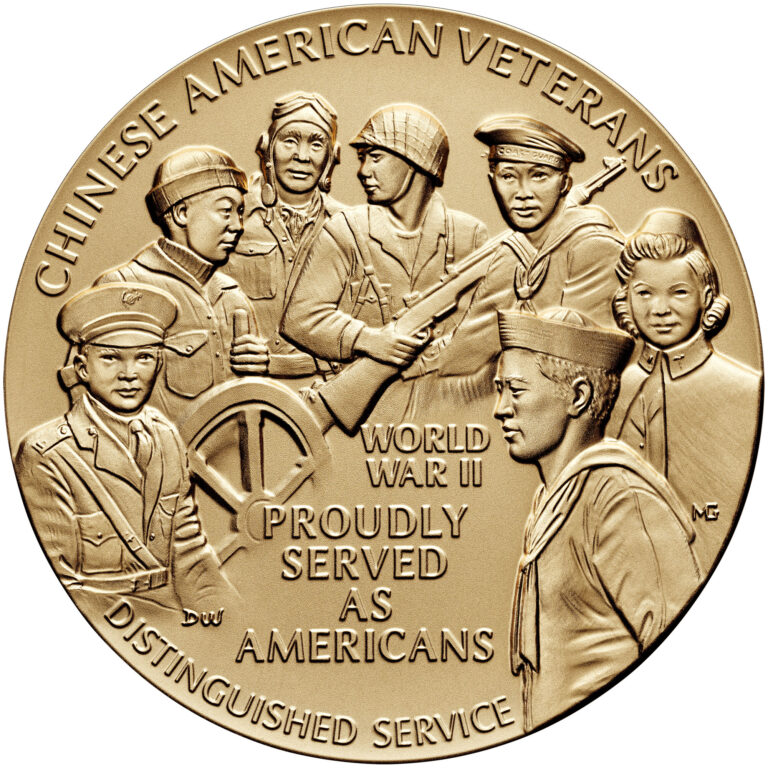 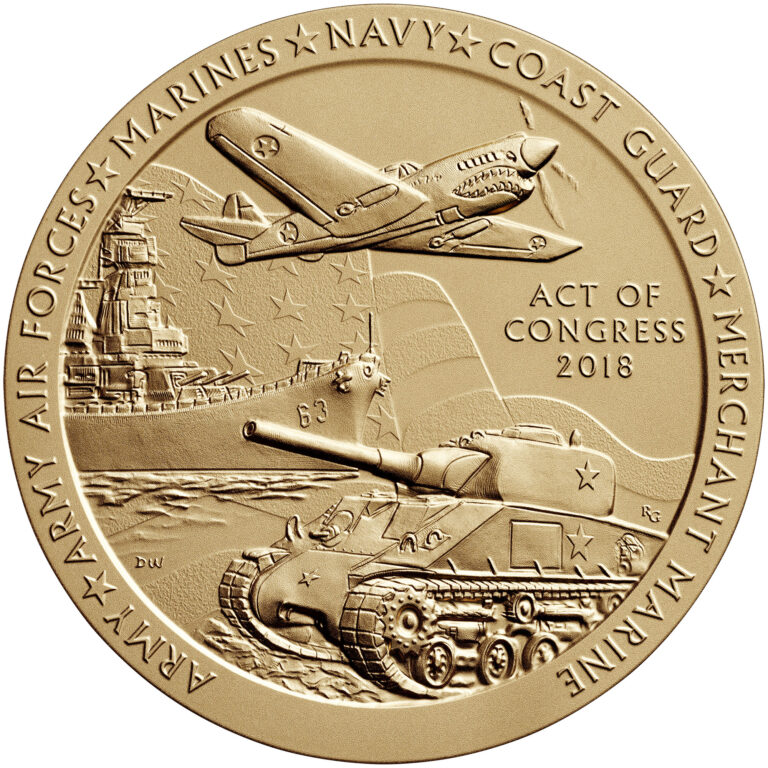 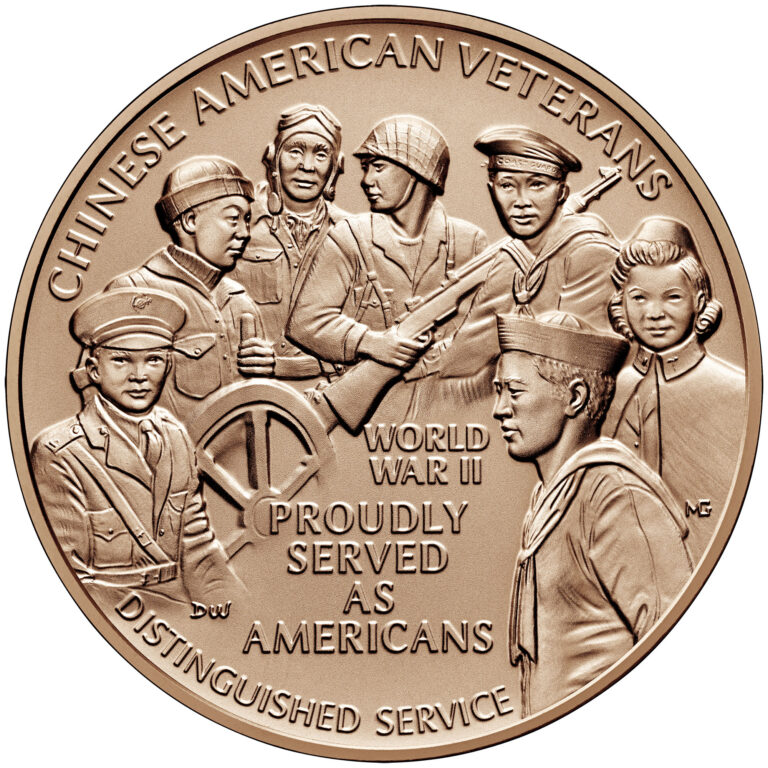 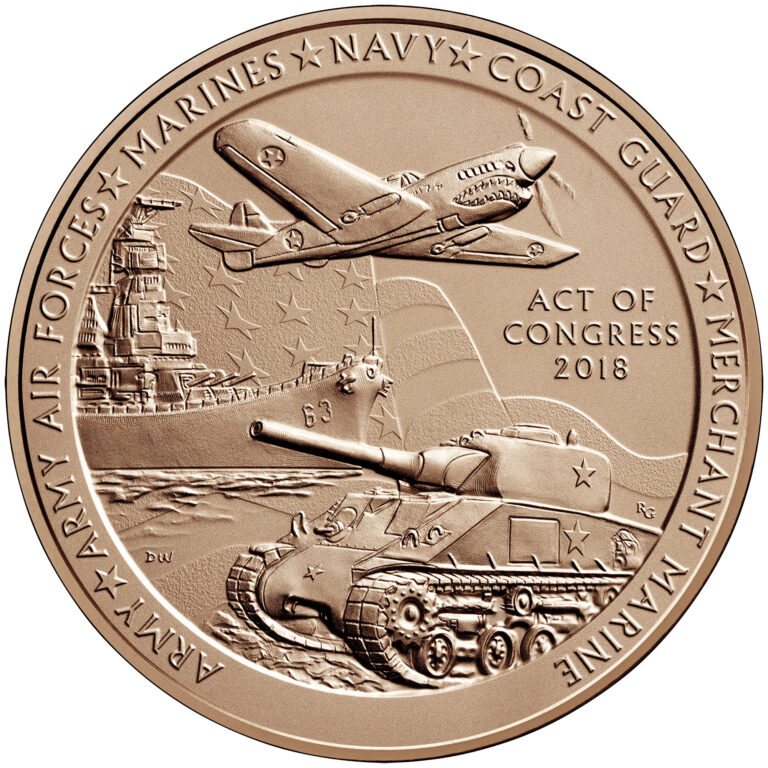 This medal is a bronze duplicate of the Congressional Gold Medal awarded to Chinese American Veterans of World War II in recognition of their dedicated service during World War II. During World War II, they served in every theater of war and every branch of service. They earned citations for their heroism and honorable service, including the Medal of Honor.

Despite facing immense discrimination at the time, as many as 20,000 Chinese Americans served in the Armed Forces during World War II. Approximately 40 percent of those who served were not United States citizens due to the laws that denied citizenship to persons of Chinese descent.

Although small in numbers, Chinese Americans made important contributions to the World War II effort. They are widely acknowledged for their role in the 14th Air Force, widely known as the Flying Tigers. Additionally, many Chinese American women served in the Women’s Army Corps, the Army Air Forces, and the United States Naval Reserve Women’s Reserve. Some became pilots, air traffic controllers, flight trainers, weather forecasters, occupational therapists, and nurses.

The obverse design depicts Chinese American servicemen and a nurse, representing all United States service branches in World War II and highlighting that they fought in every theater with honor.

The reverse design features an Iowa class battleship, an M4 Sherman tank, and a P-40 Warhawk from the Flying Tigers showcased in front of a World War II-era American flag.