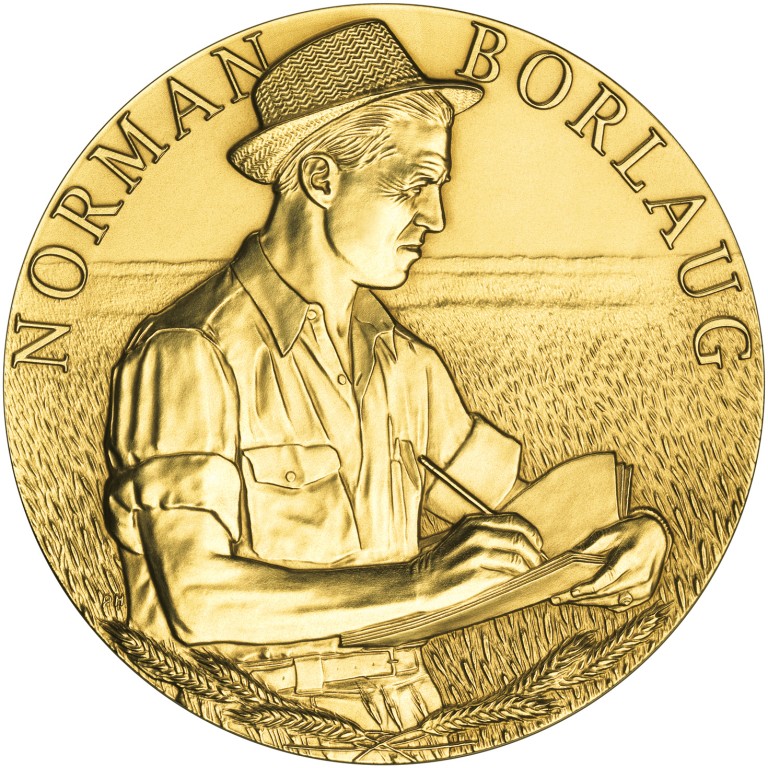 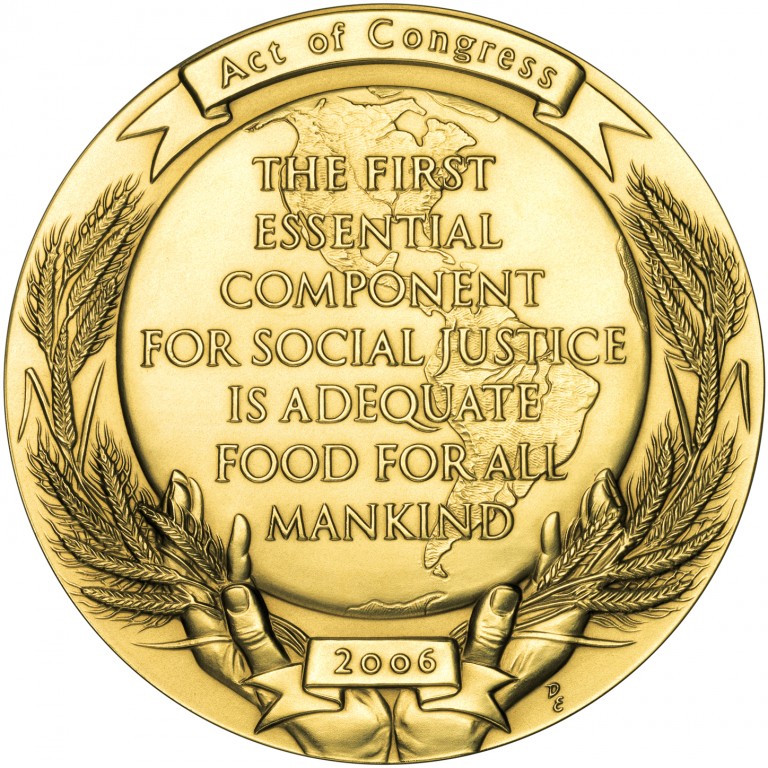 This medal is a bronze duplicate of the Congressional Gold Medal awarded to Dr. Norman Borlaug in recognition for his remarkable agricultural research, which saved millions of lives. Congress authorized the medal on December 14, 2006. The medal was presented to Dr. Borlaug on July 17, 2007.

Dr. Norman Borlaug’s accomplishments in terms of bringing radical change to world agriculture and uplifting humanity are without parallel. After World War II, Dr. Borlaug made his breakthrough achievement of developing a strand of wheat that could exponentially increase yields while actively resisting disease.

In 1970, Dr. Borlaug received the Nobel Peace Prize, the only person working in agriculture to ever be so honored. He also received numerous honors and awards including the Presidential Medal of Freedom, the Public Service Medal, the National Academy of Sciences’ highest honor, and the Rotary International Award for World Understanding and Peace.

The obverse features an image of Dr. Norman Borlaug in the early 1960’s in the experimental wheat fields of Mexico.

The reverse depicts hands holding strands of wheat. The central image depicts a globe with a quote by Dr. Borlaug.