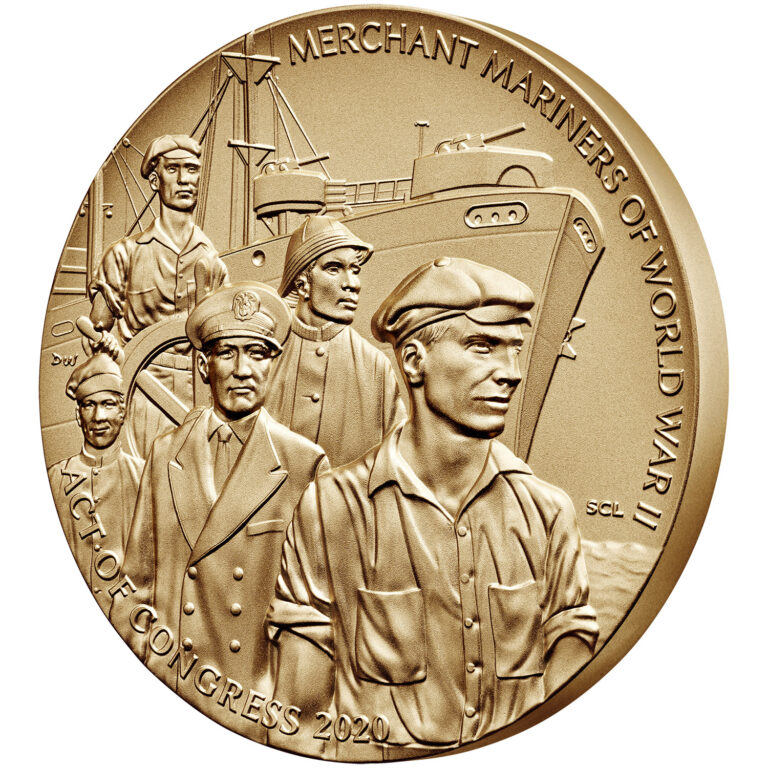 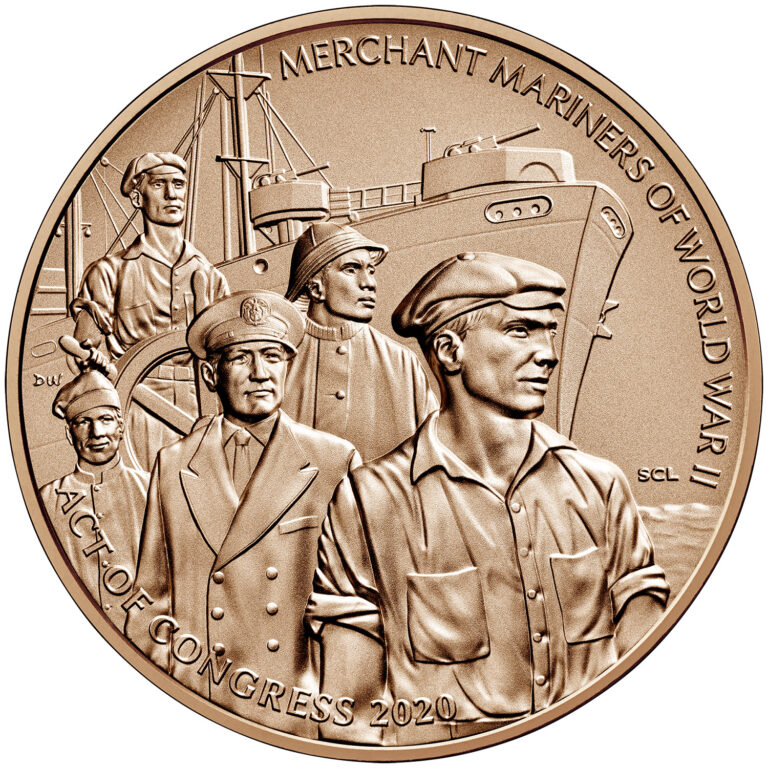 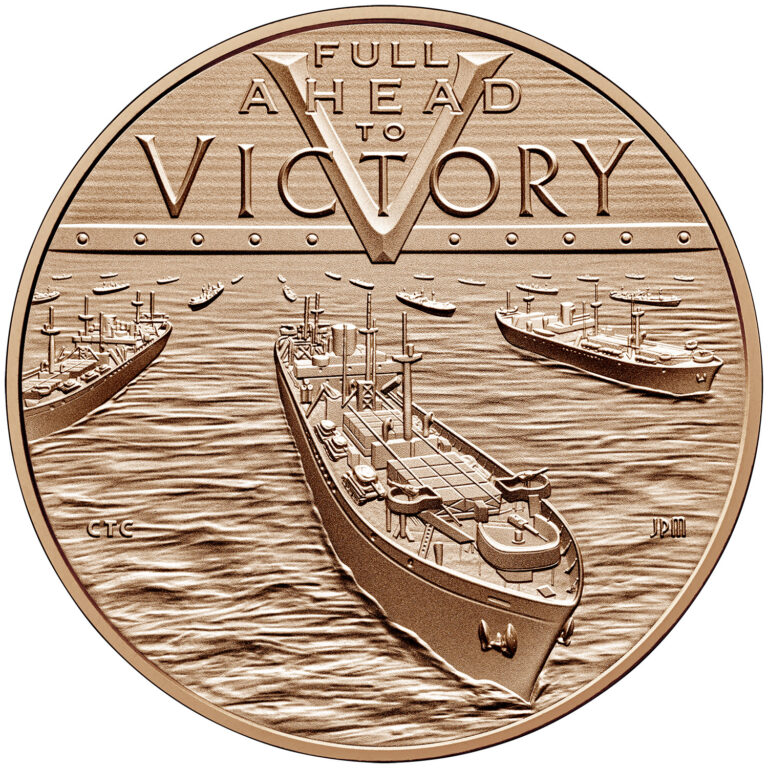 This medal is a bronze duplicate of the Congressional Gold Medal awarded to Merchant Mariners of World War II. The U.S. Merchant Marine is overseen by the U.S. Department of Transportation’s Maritime Administration (MARAD) and consists of privately-owned, U.S.-registered merchant vessels that provide waterborne transportation for passengers and cargo moving in domestic and international commerce. Collectively, the Merchant Marine supports not only America’s ocean and inland waterways trade, but also disaster relief and U.S. Department of Defense (DoD) requirements for deployment and sustainment of our forces. Mariners are the men and women who run it all — from delivering cargo to and from U.S ports and intermodal connectors, to vessel management and shipping around the world. The Merchant Marine is not a military service, but acts as an auxiliary to DoD times of conflict – as was the case during the World War II.

During World War II, the U.S. Merchant Marine conducted the greatest sealift effort (the use of cargo ships for the deployment of military assets) in human history. A vast fleet of American ships, built in the USA and crewed by American civilian mariners, deployed our fighting forces to every point on earth, supplied them in the fight against a ruthless enemy, and brought them home again when victory was won. Although not a part of the U.S. military, the mariners of our Merchant Marine suffered casualty rates often exceeding those of the U.S Armed Forces.

The obverse design depicts Merchant Mariners, representing an engineer, a helmsman, an officer, a steward, and a deckhand, with the bow of a Liberty ship in the background.

The reverse design portrays a convoy of Liberty ships in columns stretching beyond the horizon as it steams ahead to complete its mission.