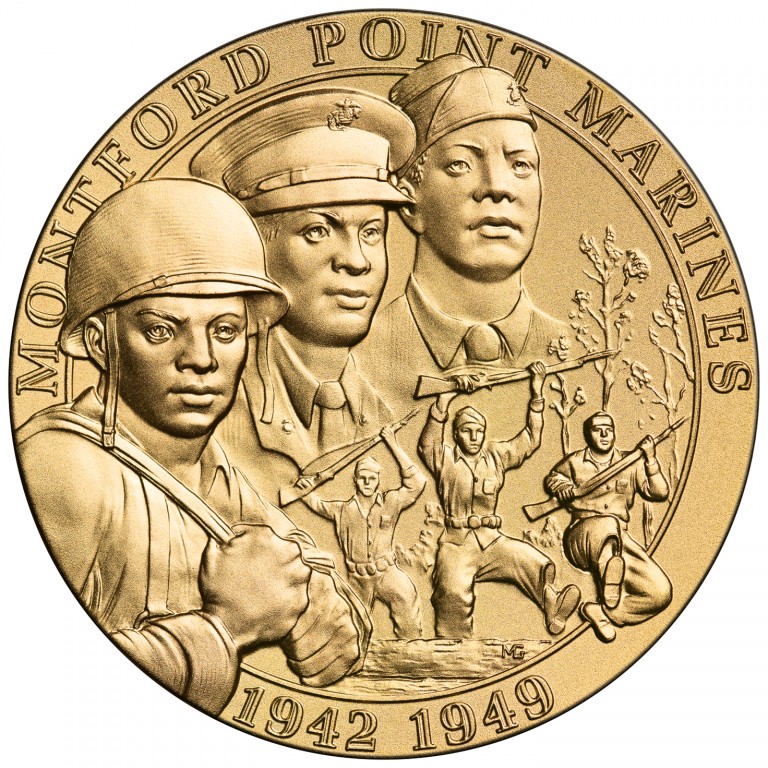 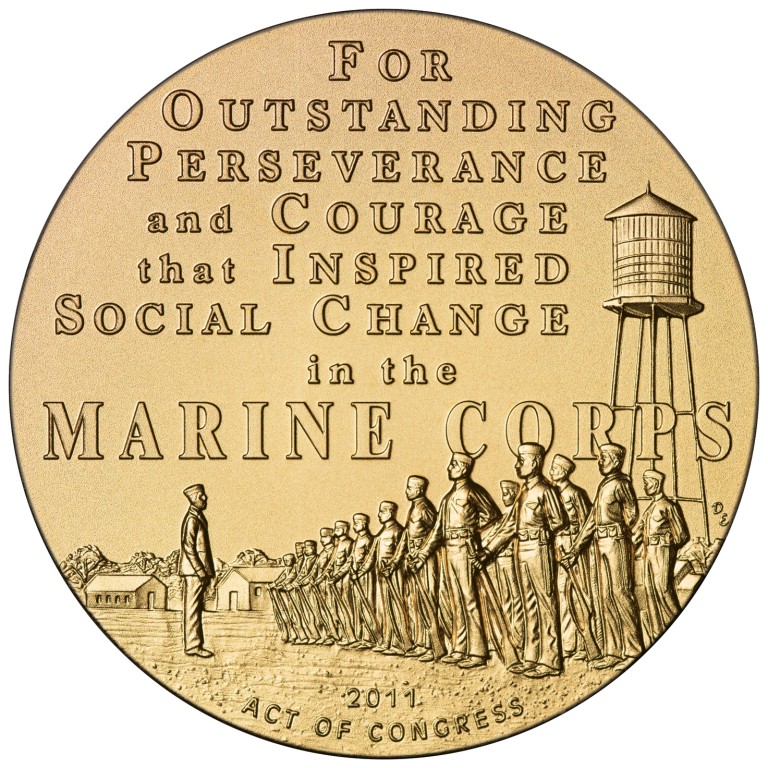 The Montford Point Marines Bronze Medal is a duplicate of the Congressional Gold Medal awarded collectively to these Marines in recognition of their personal sacrifice and service to their country during World War II. These were the first Black Americans to enlist in the U.S. Marine Corps after President Franklin Roosevelt issued an Executive Order establishing the Fair Employment Practices Commission in June 1941. The recruits trained at Camp Montford Point, near Jacksonville, North Carolina.

Black Marines of the 8th Ammunition Company and the 36th Depot Company landed on the island of Iwo Jima on February 19, 1945. The largest number of Black Marines to serve in combat during World War II took part in the seizure of Okinawa, with approximately 2,000 seeing action. Some of these Marines also participated in amphibious landings on Peleliu and Saipan. During World War II, more than 19,000 Blacks served in the Marine Corps, with some 13,000 of these serving in units overseas.

The obverse features three Montford Point Marines in varying uniforms with an action scene from training filling the lower portion of the palette. The inscriptions include the year 1949, when the U.S. Marine Corps was integrated.